June 15, 2016
30 Days Wild, day 15: I sometimes join a Yorkshire Wildlife Trust volunteer group called the Boardwalkers, who originally built the boardwalk at Askham Bog nature reserve, but are now a roving volunteer group who visit a number of reserves, always on a Wednesday. Every year they have a day out, when they just visit a reserve rather than working on one. Today we boarded a coach and went to Spurn Point. We transferred to the 'Unimog', an ex-military 4-wheel drive vehicle, and went down the narrow sand spit to the lighthouse, which has been newly restored. 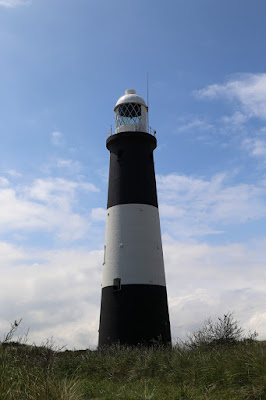 I went up it a few years ago and was afraid that restoration would have spoilt it, but I was pleasantly surprised. It really looked much the same, except that it had all been painted and was a lot cleaner. We weren't allowed out onto the narrow walkway at the top, but as the windows had been cleaned the view was great anyway! 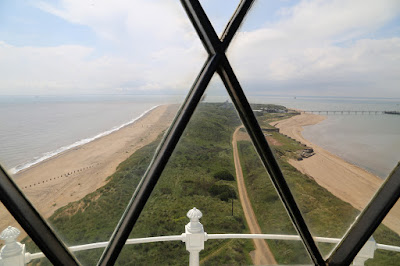 View down to the Humber estuary 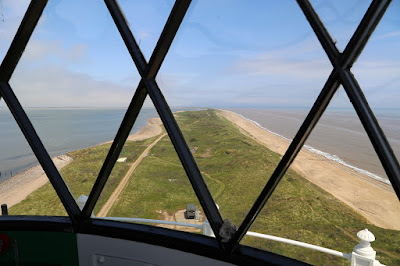 View back up the peninsula towards Kilnsea

There are displays inside, describing the maritime and military history of the point, as well as the natural history. There have been lighthouses on Spurn since 1427. The present one dates from 1895 and was in use until 1985. The column up the centre of the lighthouse contained chains and weights, connected to a clockwork mechanism that turned the light at the top, in the same way that a grandfather clock works. Someone had to wind it up frequently! 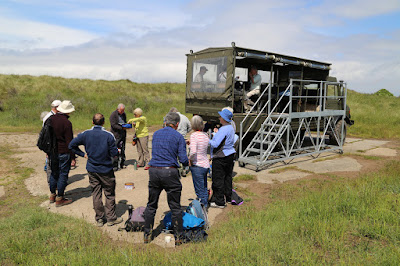 Coffee break beside the Unimog

We had a brief visit to the military buildings at the point and saw the massive gun emplacements used during World Wars I and II. This was an interesting aspect of Spurn which I hadn't really looked at before. I need to go back now, to see the wildlife again! 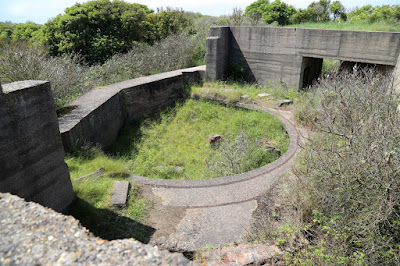 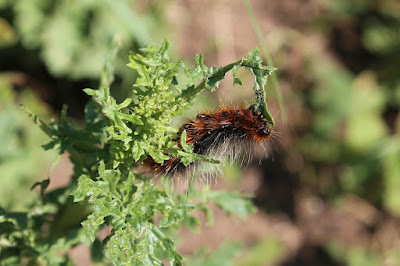 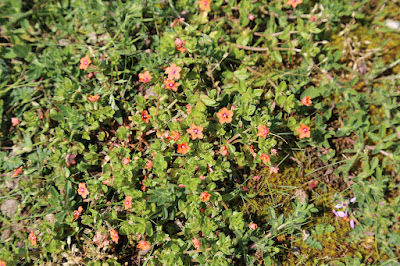 Scarlet pimpernel on the path