June 13, 2016
30 Days Wild, day 13: Here in the North, we all wear cloth caps and keep pigeons, so from time to time a lost racing pigeon drops into my garden. One appeared at the weekend, on the roof of my conservatory, and remained there while I went out and washed some plant pots, right underneath it. 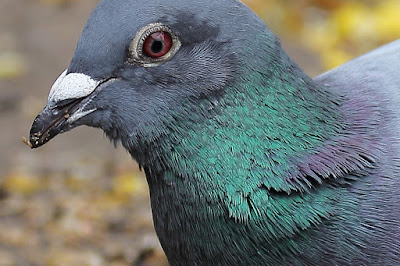 The poor bird was obviously exhausted and probably completely lost. I put out some extra bird seed and a bowl of water. Eventually, it came down to the food, but didn't touch the water. I was able to read its ring number and a bit of research revealed that it's a young bird belonging to the Midlands National Flying Club and may have been racing home from Fougères in Brittany, north-western France. I expect the bad weather has caused it some difficulties, as its hopelessly off course. 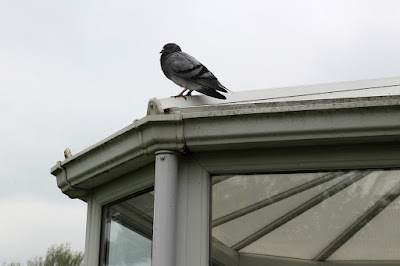 Bird on the roof 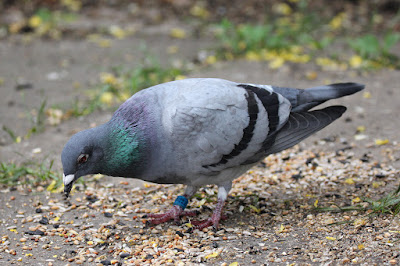 It hung around for a while and then flew off. I assumed it had continued on its way, but this afternoon it has been back in the garden, looking a lot fitter. I do hope it remains wild and free. 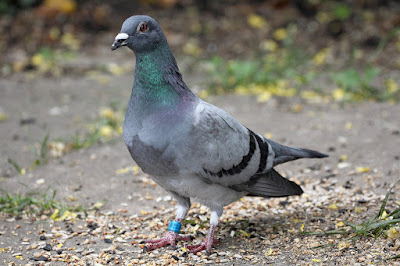 In the 1800's there was an official pigeon postal service throughout France. This was expanded between capitals in 1870, so that a postal service by carrier pigeon was available between London and Paris. They were still in use during World War II. A pigeon was awarded the Dickin Medal for "delivering a message under exceptionally difficult conditions and so contributing to the rescue of an aircrew while serving with the RAF in February 1942."