April 01, 2016
The two most common birds on the island of Dhigurah are the Asian koel and the Maldivian house crow. The koel, being a type of cuckoo, is a brood parasite and the crow is its host - the koel lays its eggs in the crow's nest. The koel is a protected species in the Maldives, whereas the house crow is regarded as a pest. Both are noisy birds. The koel is more often heard than seen, as they tend to perch in the densest vegetation and betray their presence only by their extremely loud calls. The house crow is a bolder bird. It will call loudly at passing humans, apparently in defence of its territory.


Call of the Asian koel


Call of the Maldivian house crow

The Oriental garden lizard is often seen around the village. They are large lizards, up to 37cm in length, including a very long tail. They can move each of their eyes in different directions, like chameleons, and change colour to match their surroundings. During the breeding season, the male's head and shoulders turn bright orange to crimson. 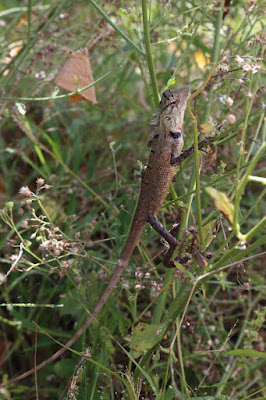 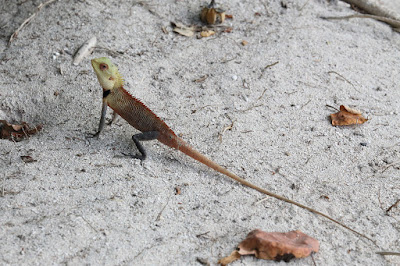 Two species of fruit bat are found in the Maldives. The endemic Small flying fox is an endangered species, which I don't think is present on Dhigurah. The larger Indian flying fox is commonly seen on the island, hanging up in the tallest trees and flying over the village in the evenings. They are amongst the largest bats in the world and feed on nectar, pollen, flowers and fruit, consuming about half their body weight each day. Although considered by some people as a pest, they perform an important role in plant pollination and seed distribution. They do not use echolocation, instead relying on their senses of smell and eyesight. They are the only native land mammals on the island. 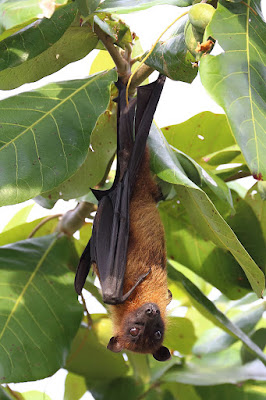 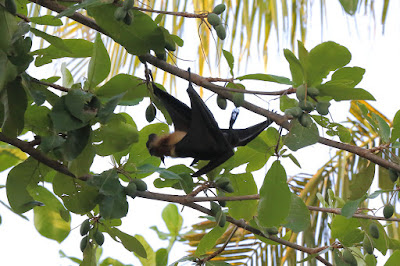 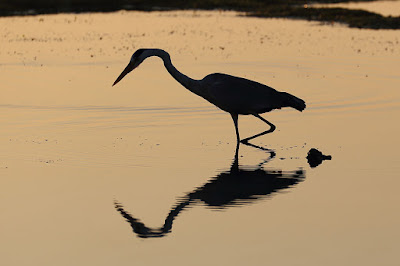 Grey heron on the lagoon at dawn

Thanks to TME Retreats for their superb accommodation and Island Divers for the wonderful snorkelling trips. 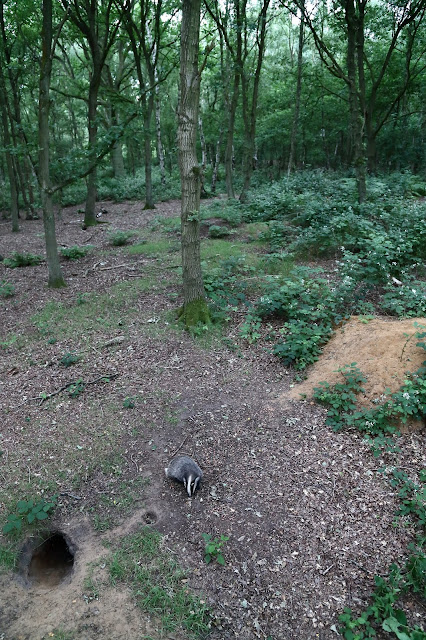