June 11, 2016
30 Days Wild, day 11: In the autumn, I planted 1100 tansy plug plants on an area of 'waste' ground called Acomb Landing, on the north side of York. It had once been good for tansy beetles, but the flood bank had been rebuilt and most of the tansy was lost. One clump remained, with a small population of tansy beetles. Much of the area was covered in Himalayan balsam. 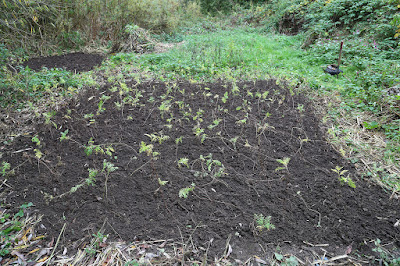 Within a few weeks of completing the planting, the whole area was flooded. The water had only just subsided by Christmas, when another great flood came. I had little hope that my tansy plants would have survived. 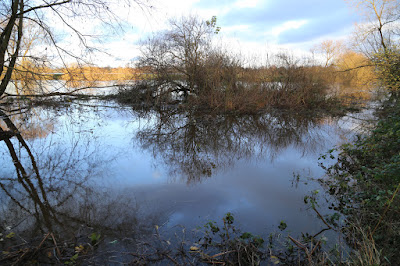 The same area in November 2015 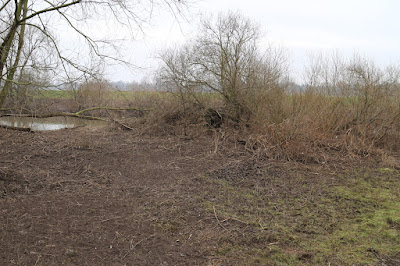 Drying out at the end of January 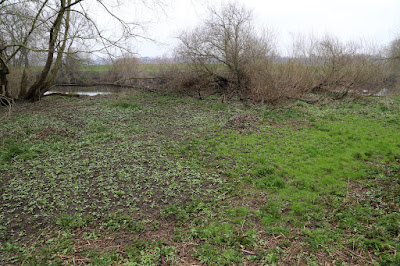 Greening up in April 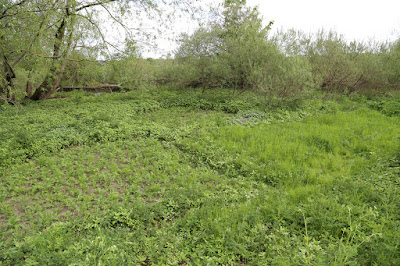 Himalayan balsam coming up in May

I weeded the tansy clumps in May, and when I met Julia Smith, Buglife's Tansy Beetle Conservation Officer, she kindly offered to arrange a volunteer task day to clear the surrounding area. 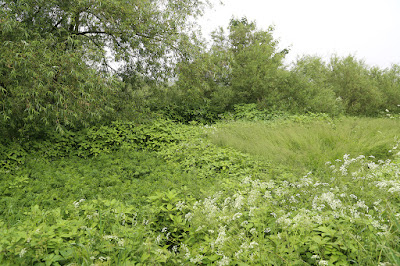 A solid mass of balsam surrounding the tansy in June

Today they turned up and while one lady tamed the brambles the rest of the group cleared balsam. By mid-day there was a good 'buffer zone' around all the tansy clumps. 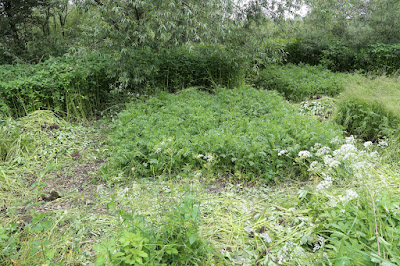 All the clumps had tansy beetles on them and we found eggs and larvae too. I hadn't expected the beetles to move in so soon. I brought some more tansy plants, bigger ones from my garden, and we planted those nearby amongst the comfrey, which was buzzing with bees. 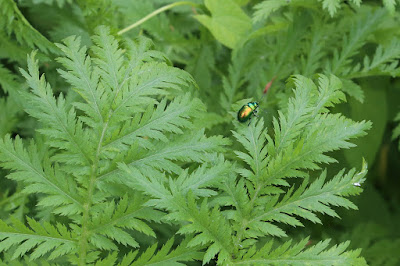 Huge thanks are due to York City Council, Buglife and the Tansy Beetle Action Group, without whose support this project would not have happened.