March 25, 2014
Spring was put on hold at the weekend and we returned to winter. On Sunday afternoon we had a massive hailstorm and it was so cold overnight that the hail was still lying on the ground in places on Monday morning. The hedgehog that visited my garden a fortnight ago has gone back to sleep - I don’t blame it! 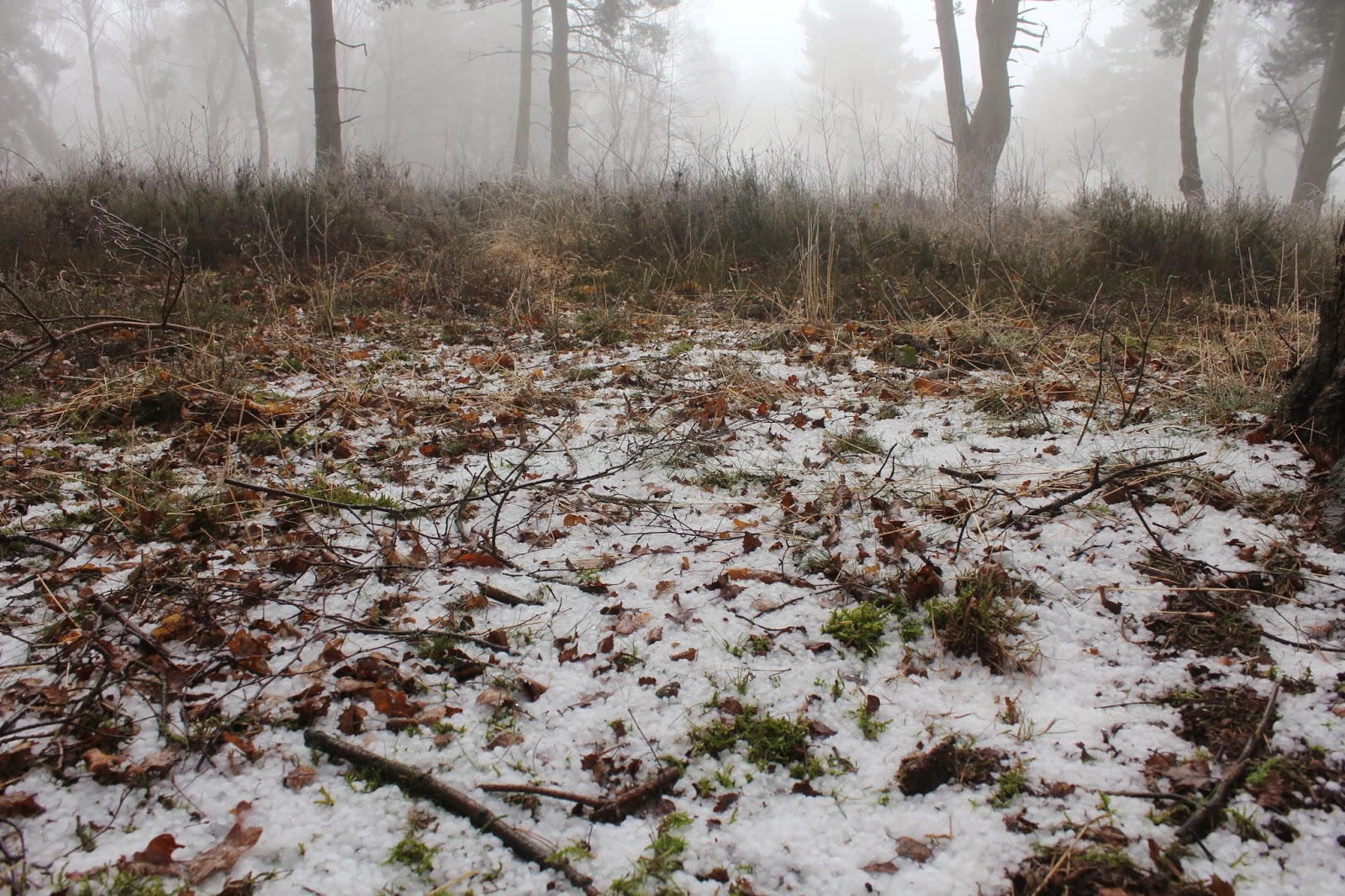 Hailstones and fog on Allerthorpe Common

Today I revisited a badger sett that has suffered some disturbance in the last few weeks. It’s one that I’ve monitored with camera traps over the last few years, but have found it very difficult to watch because of the lie of the land – it’s on the cliff edge of a disused quarry. It turned out that the damage was not as bad as I’d feared, but I put out a camera trap a week ago just to make sure the occupants were OK. It took a while, but I’ve finally got a photo showing that at least one badger is still in residence. 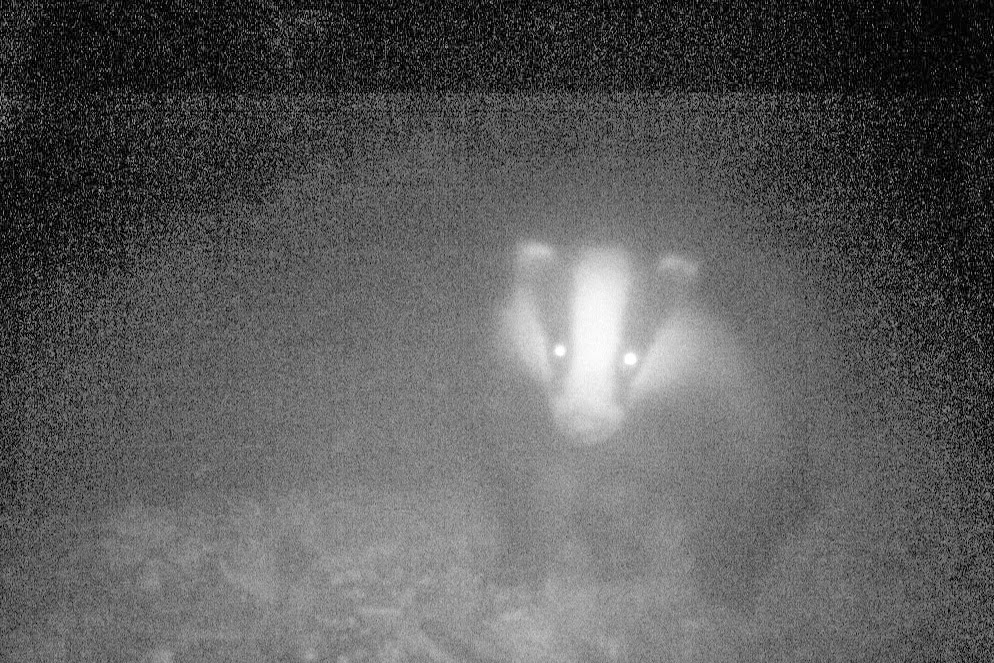 Badger on a foggy night

From the badger sett I went to the river bank where I’ve been trying to photograph an otter for the last couple of months. I suppose all wildlife photography involves an element of luck, but with camera trap photography the percentage is greater. A good photographer improves his chances with careful planning and good field craft. So far I’ve failed on all counts! I’ve now overcome some technical problems, experimented on next door’s cat, and am trying again with the otters. 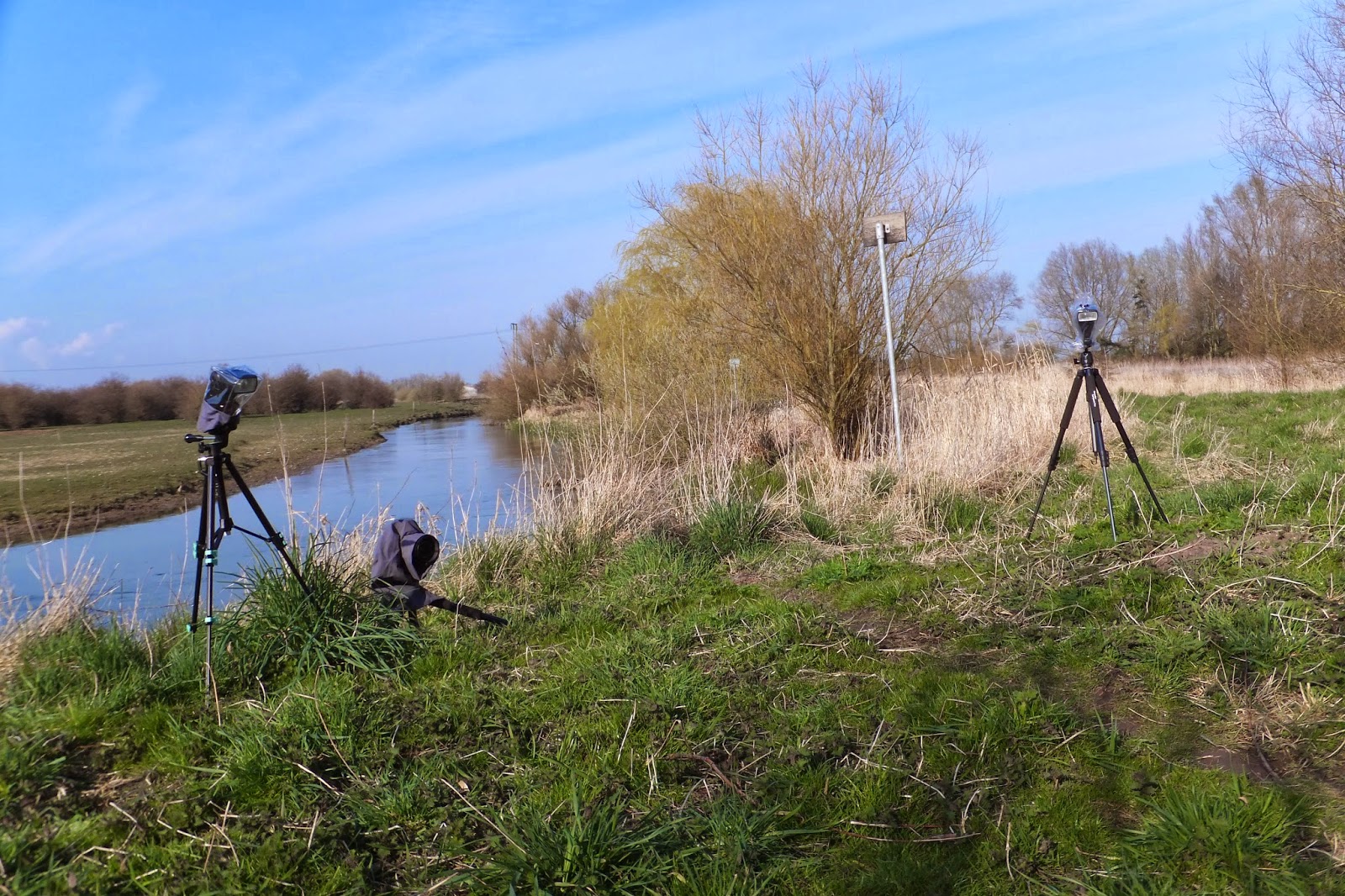 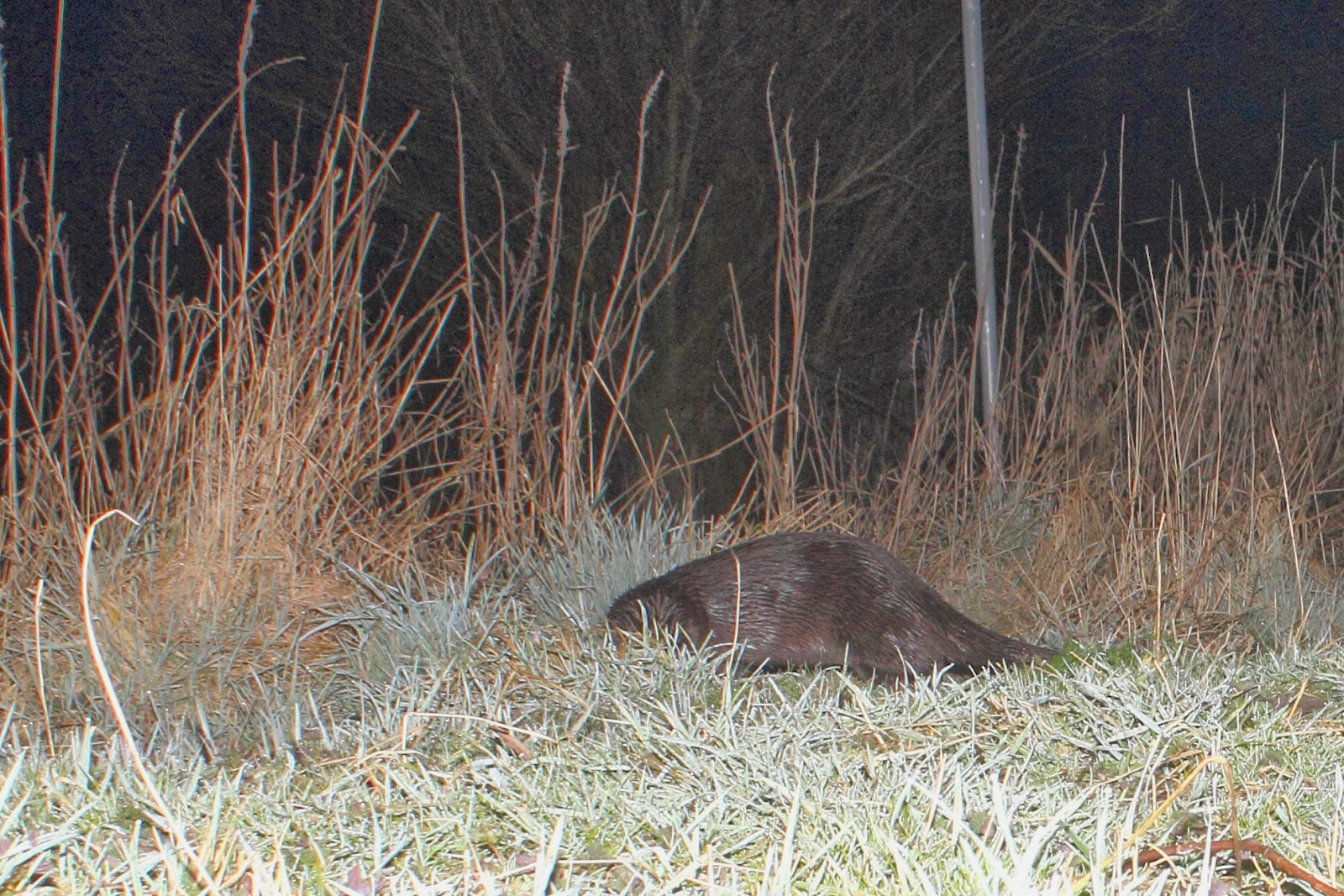