March 02, 2014
I’ve been volunteering at Allerthorpe Common for 15 years now, but only leading the work days for the last three years. It’s a remnant of lowland heath which was saved from destruction when the remainder of the common was planted with conifers in the 1960’s. Three reptile species – adders, slow-worms and common lizards – live here, on an island of heath surrounded by conifer plantation and intensive arable farm land.

Today we started by clearing up two trees that came down over the perimeter fence during the February gales. An old birch tree was easily dealt with using hand tools, but the larger conifer needed chain sawing. By mid-morning we had both trees tidied up, leaving the fence and ditch clear, and the dog-walkers’ path open again.

We then turned our attention to clearing birch seedlings, brambles and anything else growing along the fence line - only the wild honeysuckle was spared. It was good to see that loads of frog spawn has appeared at the end of the main pond. The frogs have a habit of choosing a site that quickly dries out. The spawn should be safe this time. 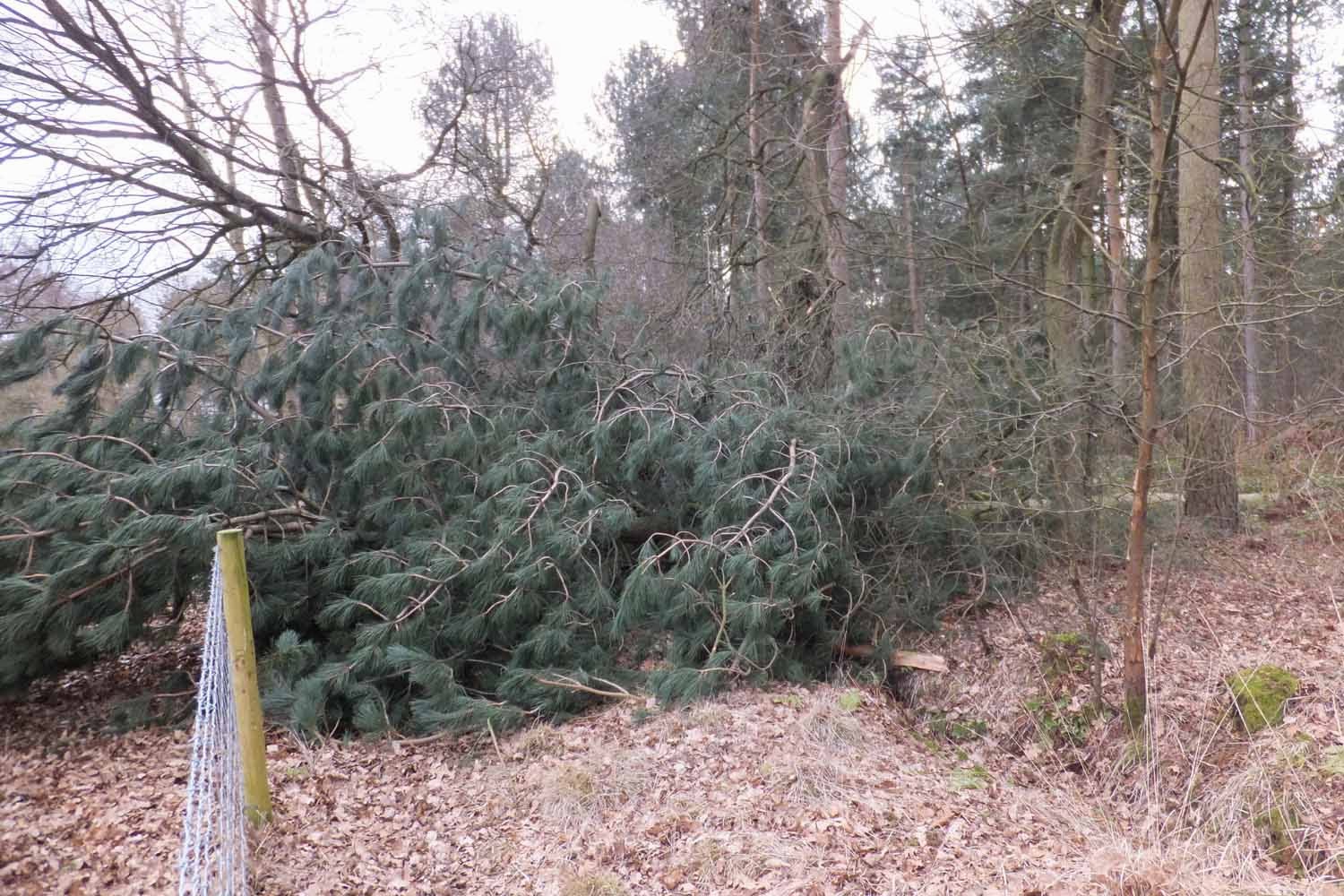 A large conifer blocked the path and ditch 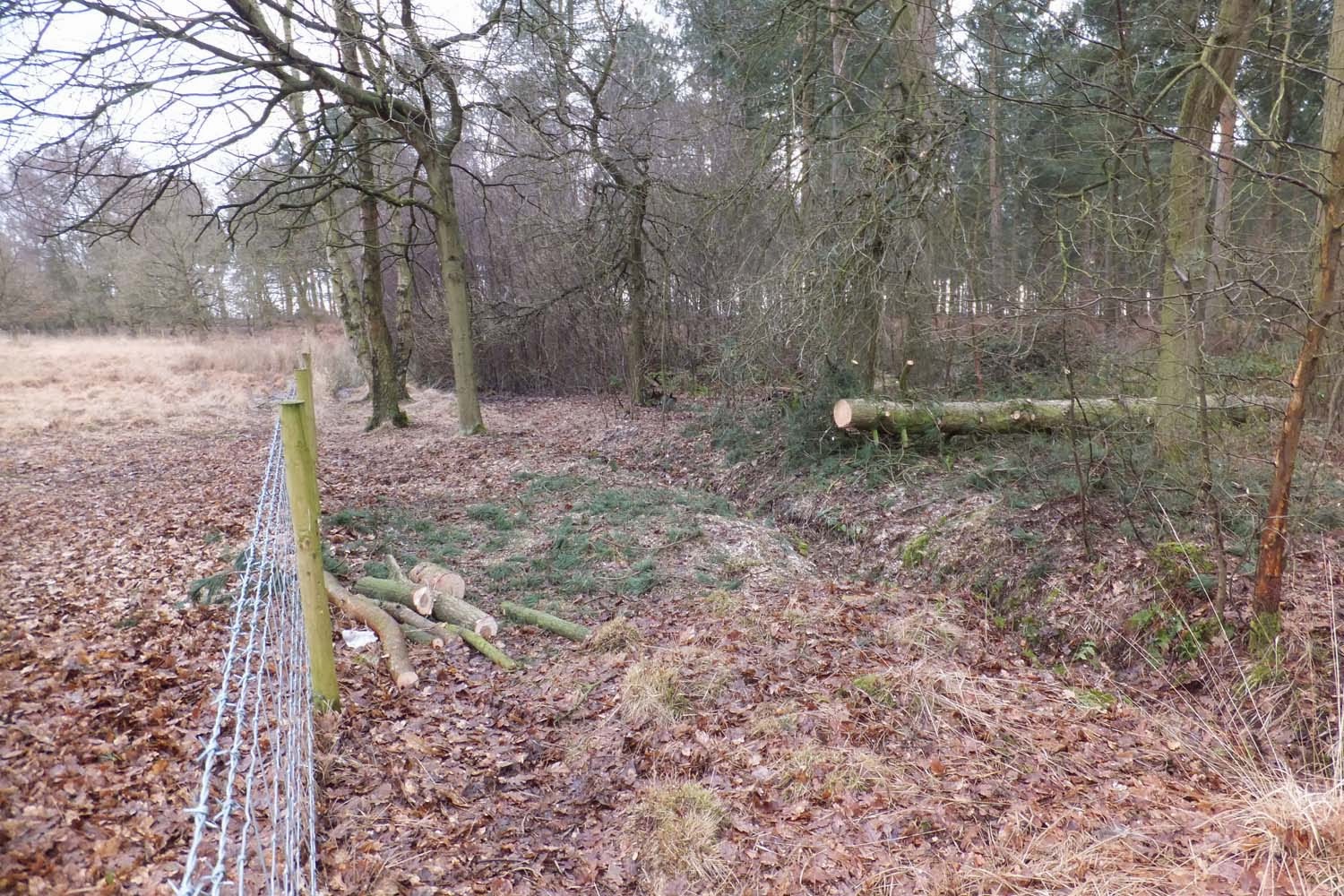 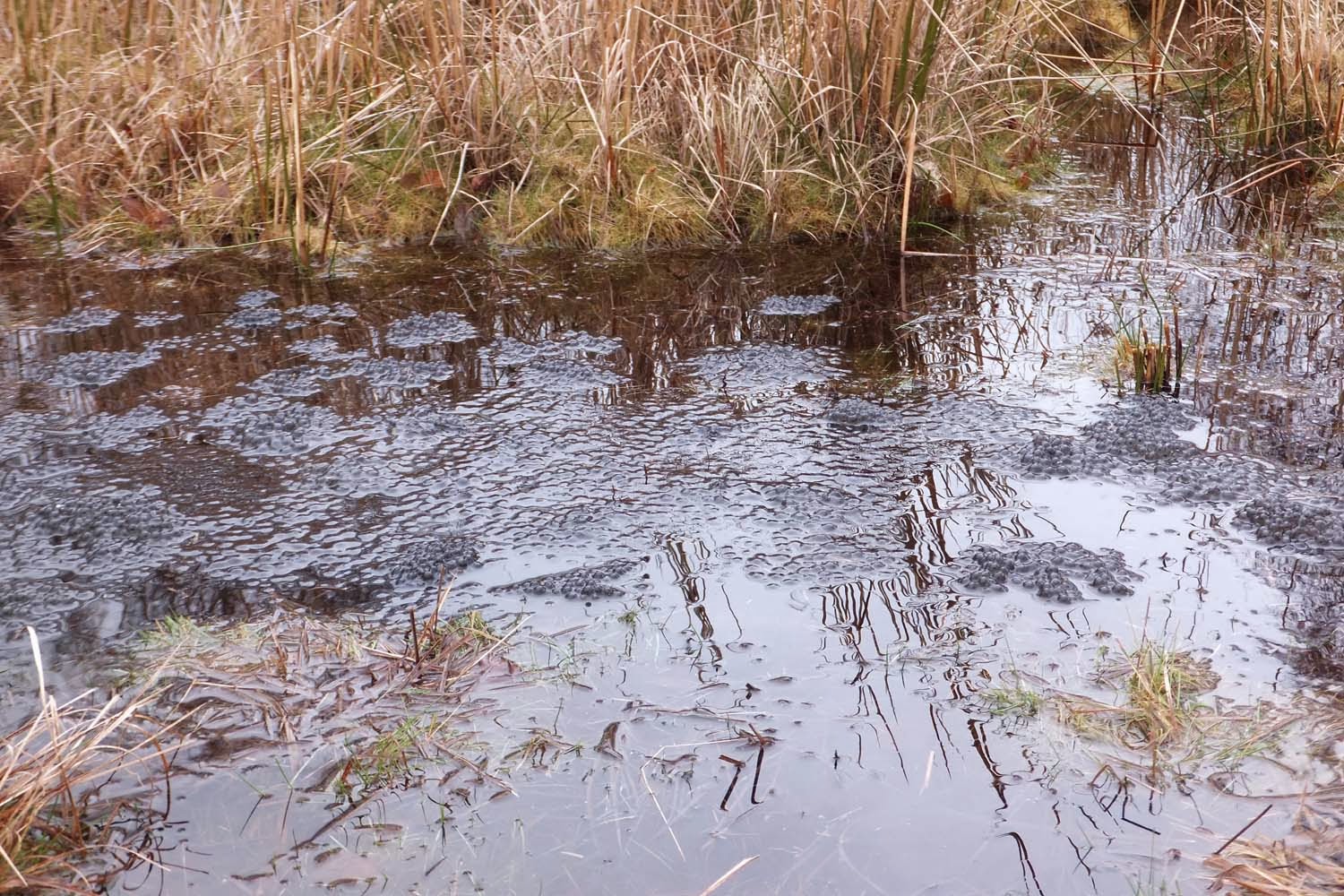 Frog spawn in the main pond