March 10, 2014
Today we had another volunteer work day at the privately owned heathland site where we’ve been cutting and treating birch regrowth. It’s a massive job but we’re making good progress. It’s been an amazingly warm day – the forecast said 16 degrees, but it may have been warmer. We’ve heard great spotted woodpeckers drumming and green woodpeckers ‘yaffling’, a tawny owl hooting and buzzards mewing. Brimstone butterflies were on the wing – it’s great to see them so early in the year.

At the end of the day, we had a walk around the reserve. The botanist in our group identified the Hard Fern, a species which is locally very rare. We found a large clump of the stunning Scarlet elfcup fungus and saw two roe deer jump the fence into the reserve. 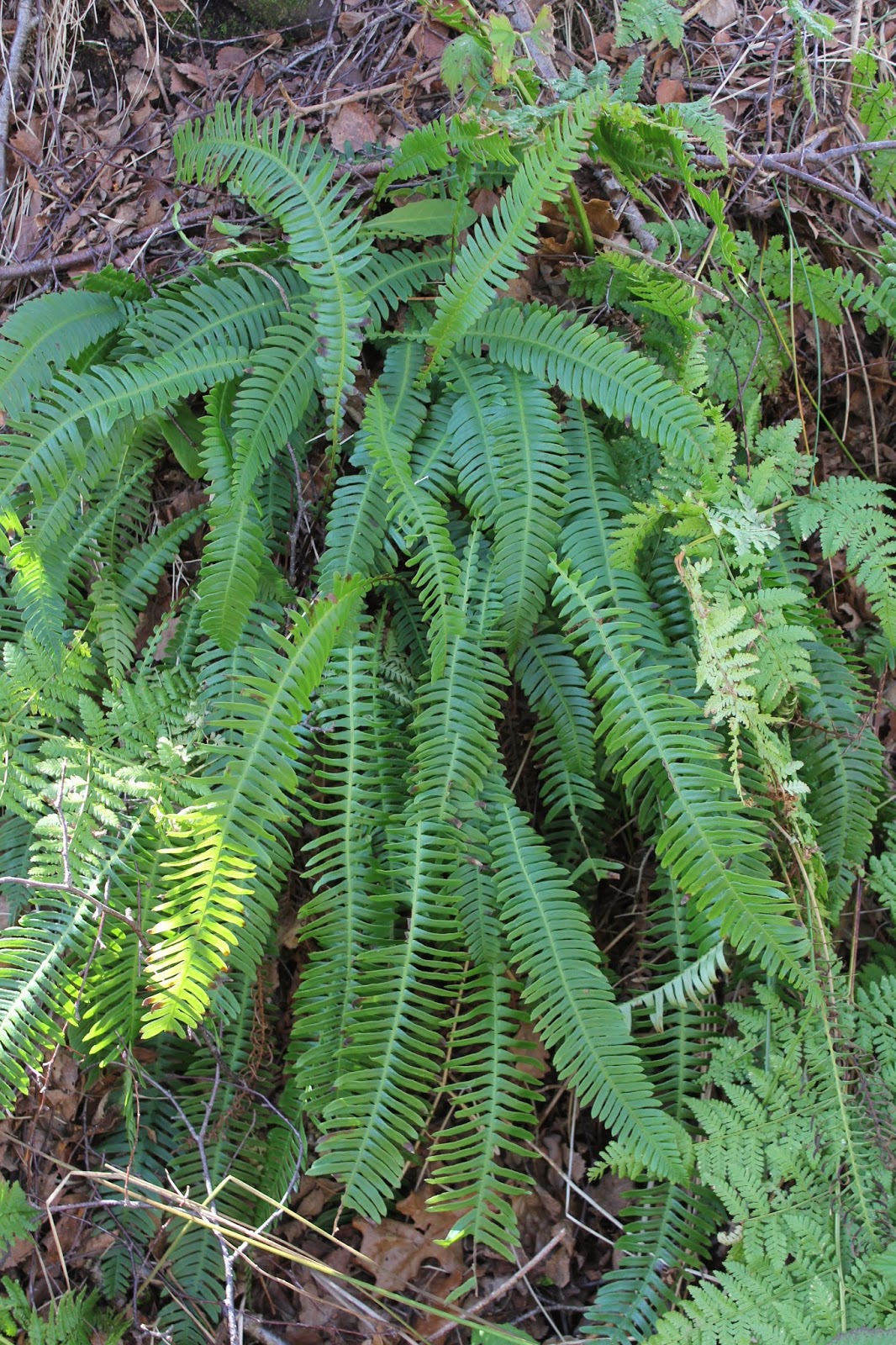 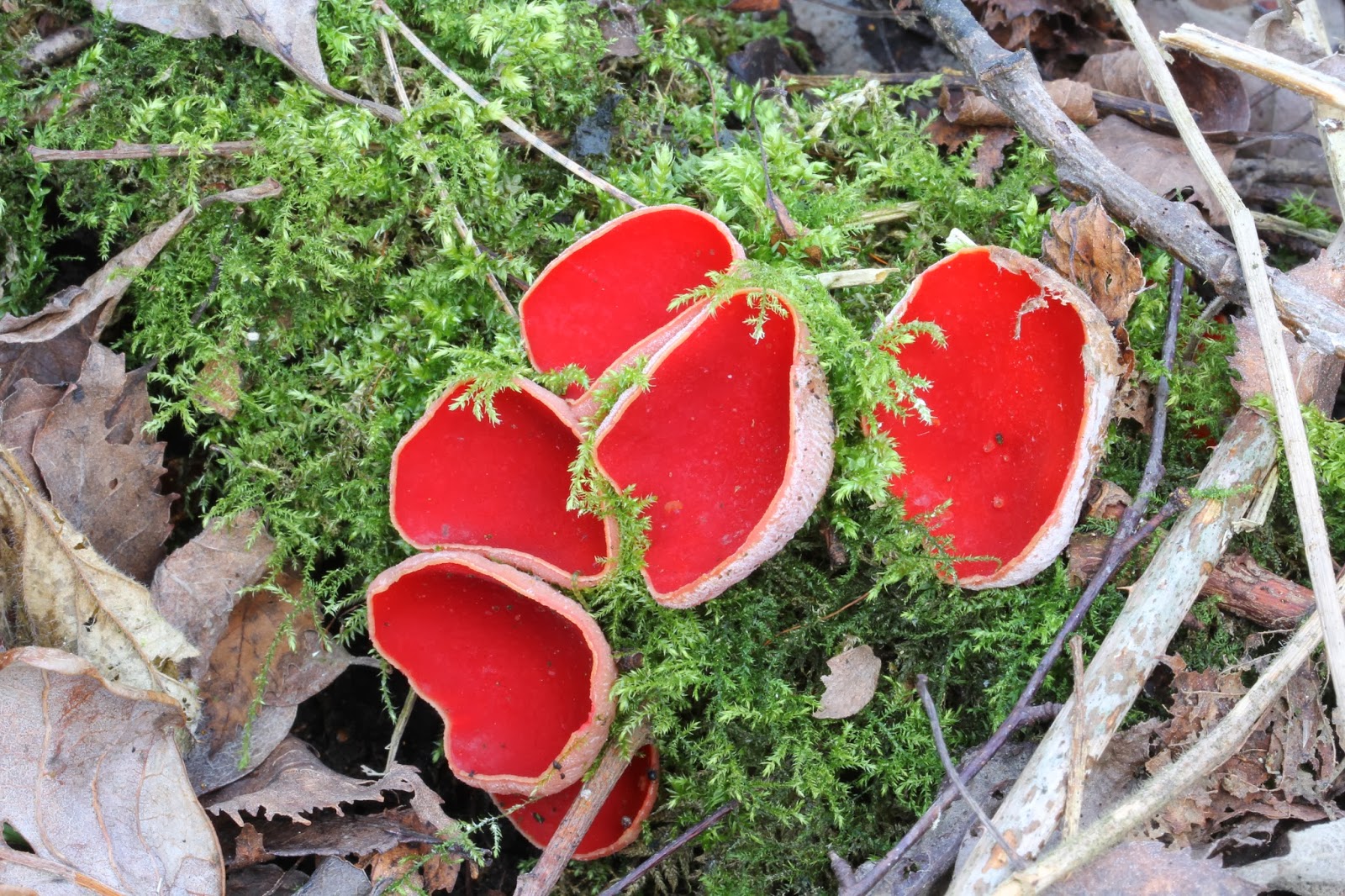 Two recent finds on Allerthorpe Common nature reserve are this magnificent Minotaur beetle and a beautiful moth, which I’m told is the Pine Beauty. 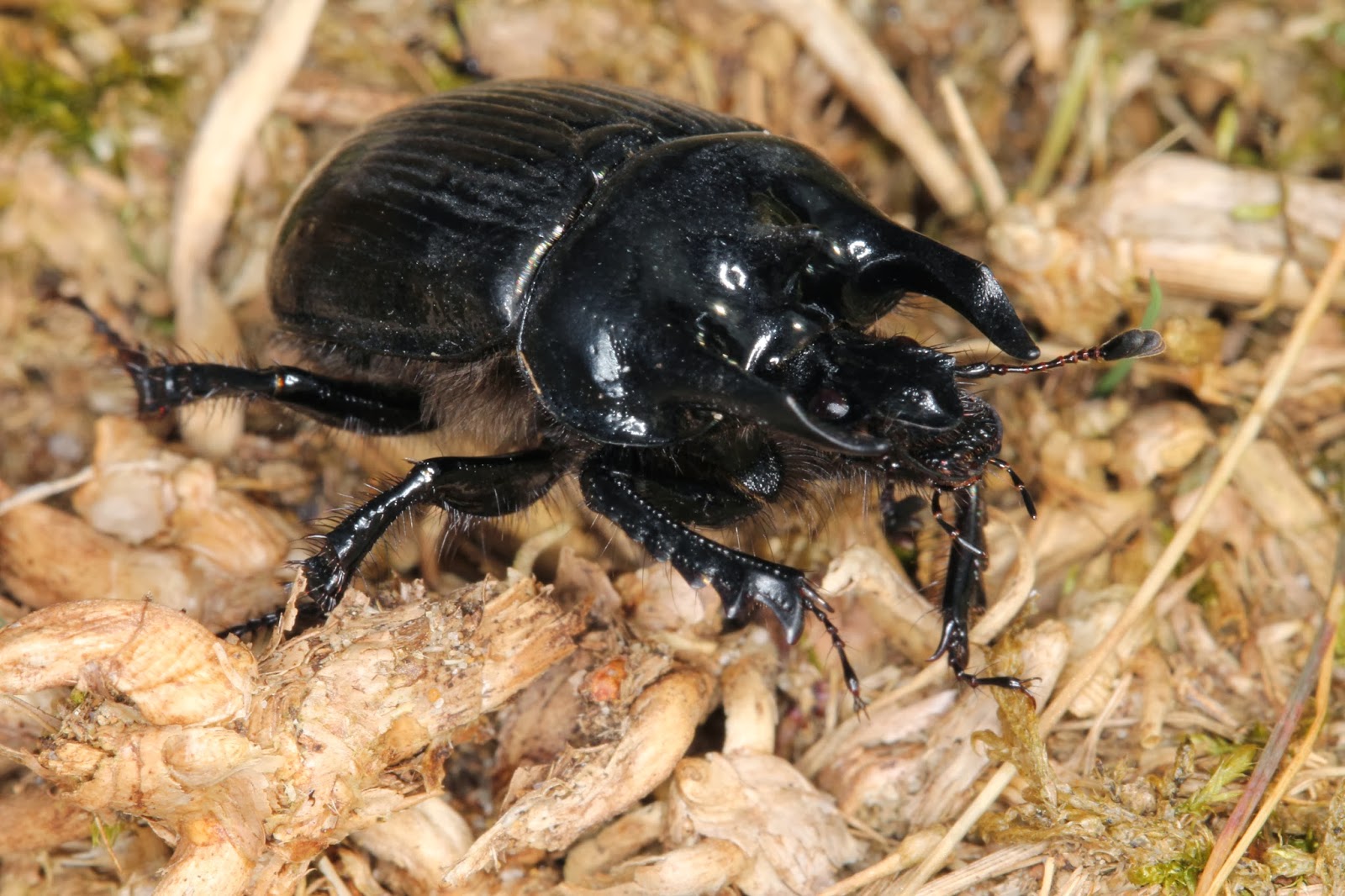 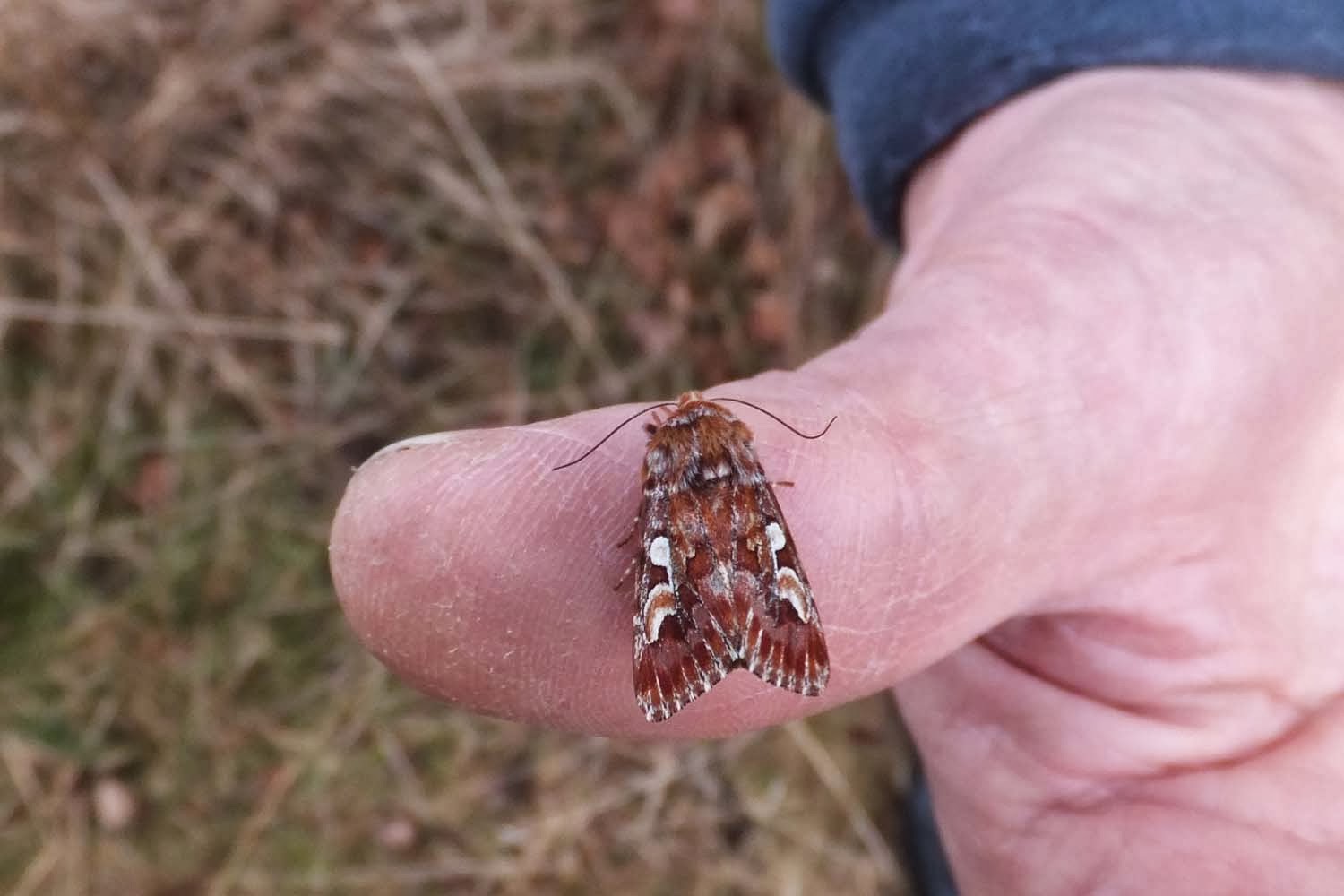