December 02, 2015
Today I've been to a volunteer work day on a Yorkshire Wildlife Trust reserve I've never visited before. As its name implies, Upper Dunsforth Carrs is a collection of boggy fields. In the spring, it will be full of wildflowers, but after all the rain we've had in the last few weeks, it is now more like a swamp. We have been mowing and raking up the invasive rush which grows over much of the site. Rotational cutting of different areas keeps it under control. 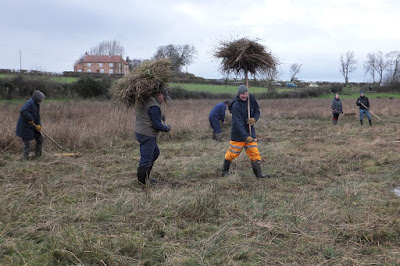 Collecting up the cuttings 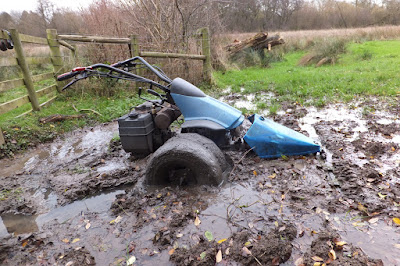 Mower sinking in the mud

The plan was to move into a second field during the afternoon, but the mower sank into the mud at the entrance and we had to pull it out with a rope. After that entertainment, it was decided that we should continue mowing in the first field! While raking up, we came across several field voles and a shrew. 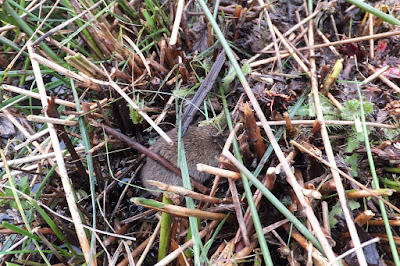 Field vole hiding in the grass 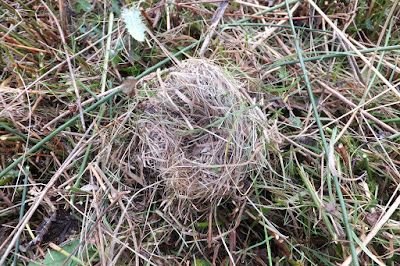 Remains of a field vole's nest