Bird and Bat Boxes at Allerthorpe

December 07, 2015
Over the last two volunteer days at Allerthorpe Common, we've been putting up some more boxes for owls, smaller birds and bats.

Barn owls like to have two boxes close together. This gives them an alternative nesting site. The spare box is often used as a roost by the male bird when there are chicks in the nest box. We put up one box in August last year and now our second box has gone up on a large silver birch tree about 20 metres from the first. 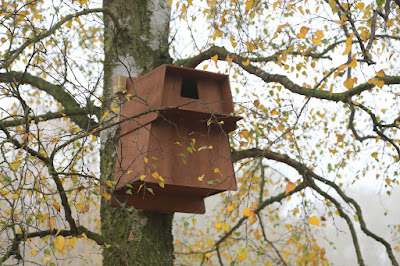 Les, the chief birder of our volunteer group, has made a box to a different design, for tawny owls. We put this up in a pine tree on the other side of the reserve. 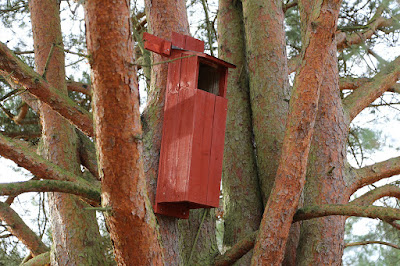 Bat boxes have been very successful in the Forestry Commission woodlands surrounding the reserve, but we had none in the reserve. We put up a cluster of three boxes on a tree near the main pond. Bats will move around a cluster of boxes facing in different directions to find the most comfortable temperature according to weather conditions. 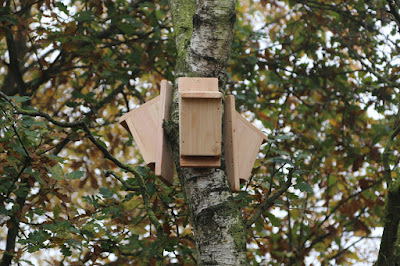 Our small nest boxes for tits have been also been successful this year and as I had two left over from the batch I made in January, we found sites for those on the reserve too. 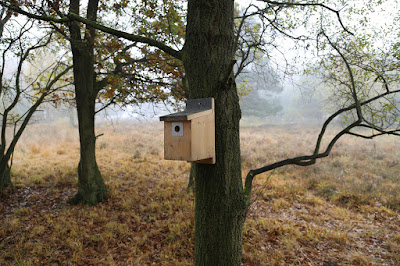 Box for blue or great tits