December 29, 2015
It's always seemed odd to me that flood banks have been built along stretches of the River Ouse that serve only to 'protect' the flood plain from flooding. They actually funnel the flood water to towns and villages further down river. Today I've been to the stretch of river just north of Cawood, between York and Selby, where I conduct my annual tansy beetle survey. 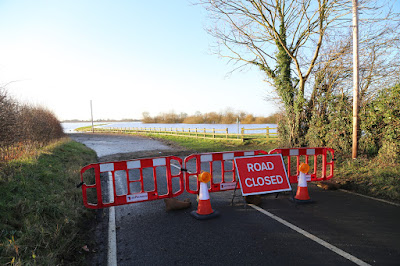 Around the corner the road descends into a vast lake

This whole stretch of river has a high flood bank along it, although the fields on the other side of the bank are called Kelfield Ings. There's a clue in the name - why on earth would you build a bank to stop a traditional flood meadow from flooding? This time, the water has reached the crest of the flood bank and gone over, but most of the water on the other side has flowed into the fields from further down river, below Cawood, where the banks are lower. This has protected the next village of Kelfield. In this instance the flood plain has filled up anyway, as it should, but the flood banks above Cawood serve only to prevent that happening and, under more normal conditions, stop the water entering the flood plain and potentially damaging crops.

The same applies to long stretches of the river north of York, where the ings are used as cattle pasture. Perhaps the interests of wealthy farmers have been put ahead of ordinary people in towns and villages, whose homes are now at risk of flooding. 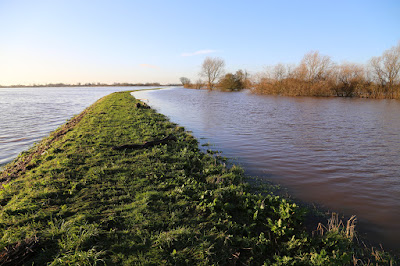 In the photo above, the normal course of the river is on the other side of the trees on the right. The area between those trees and the flood bank is a 'waste' ground of willowherb, nettle, and tansy. At this point it widens out to provide a limited storage area for flood water, but one that's totally inadequate in the current circumstances. The tansy beetles which I survey are hibernating underground in this area, currently under four metres of water! 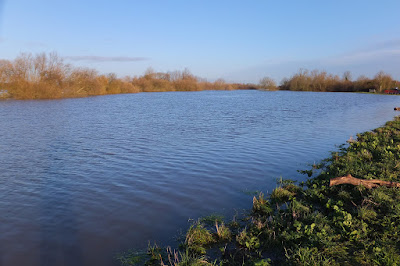