December 20, 2015
Today I led a conservation work day on a private nature reserve, where we've been restoring an area of heathland overgrown with birch seedlings and brambles. This is a monthly event which has been going on for two years now, but we've been making slow progress recently due to the small number of volunteers. 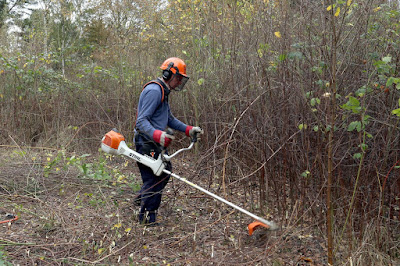 I decided drastic action was necessary, so I bought a second-hand brushcutter on eBay! Getting the worst areas brushcut before the work day speeds the job up considerably. Yesterday I cleared a badly overgrown patch so that today we could start by clearing up the cuttings and treating the stumps with glyphosate weedkiller. 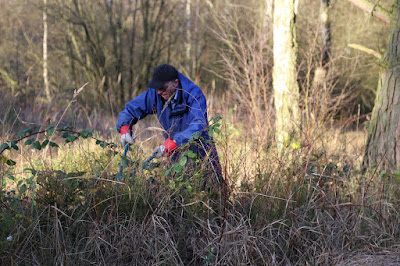 Some cutting by hand is required, to protect the heather 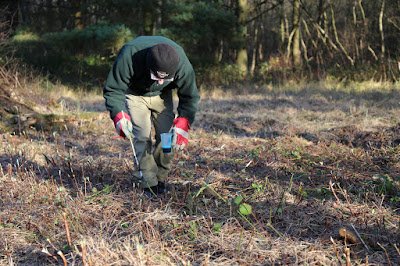 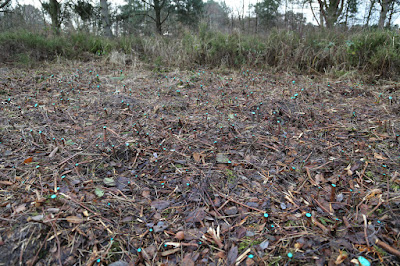 It is still very mild and we've had sunshine all day. When I arrived this morning, three roe deer ran off. They are often there, but although I freeze as soon as I see them, they just run until they're out of sight and don't look back.