December 22, 2014
In January I spent three days at Spurn Point, helping to clean it up following the tidal surge that swept over the area in December 2013. At home, I put up a Tawny owl box in a tree at the end of my garden and planted up some seed trays with Tansy plants, to help conserve the endangered Tansy beetles that live along the banks of the River Ouse, around York. 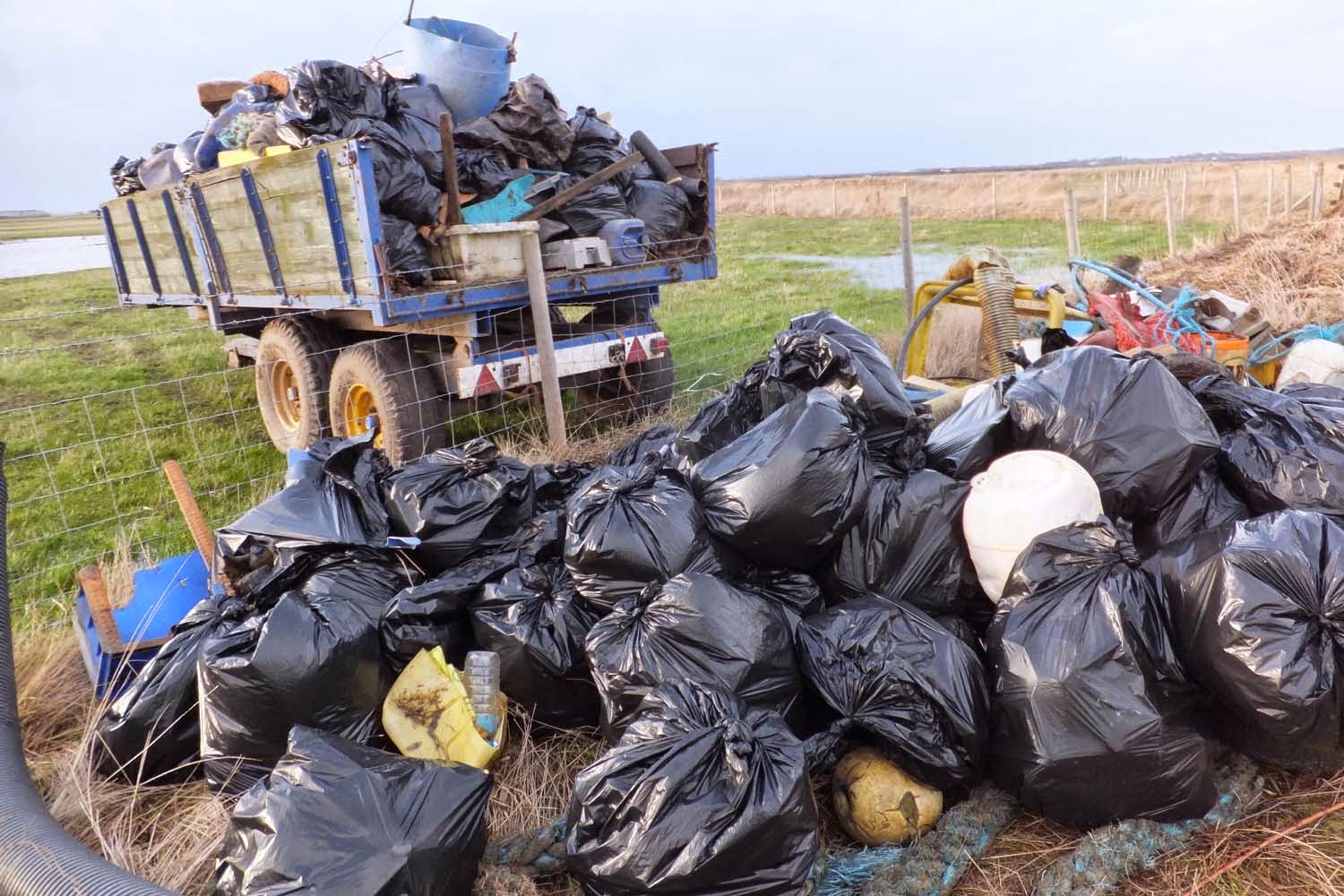 In February I went to another beach clean, at Flamborough this time. I was camera trapping otters along the River Hull and set up my SLR with an infrared sensor, to try and get some better pictures. Towards the end of the month, it was so mild that I went badger watching. I don’t usually start until late April. 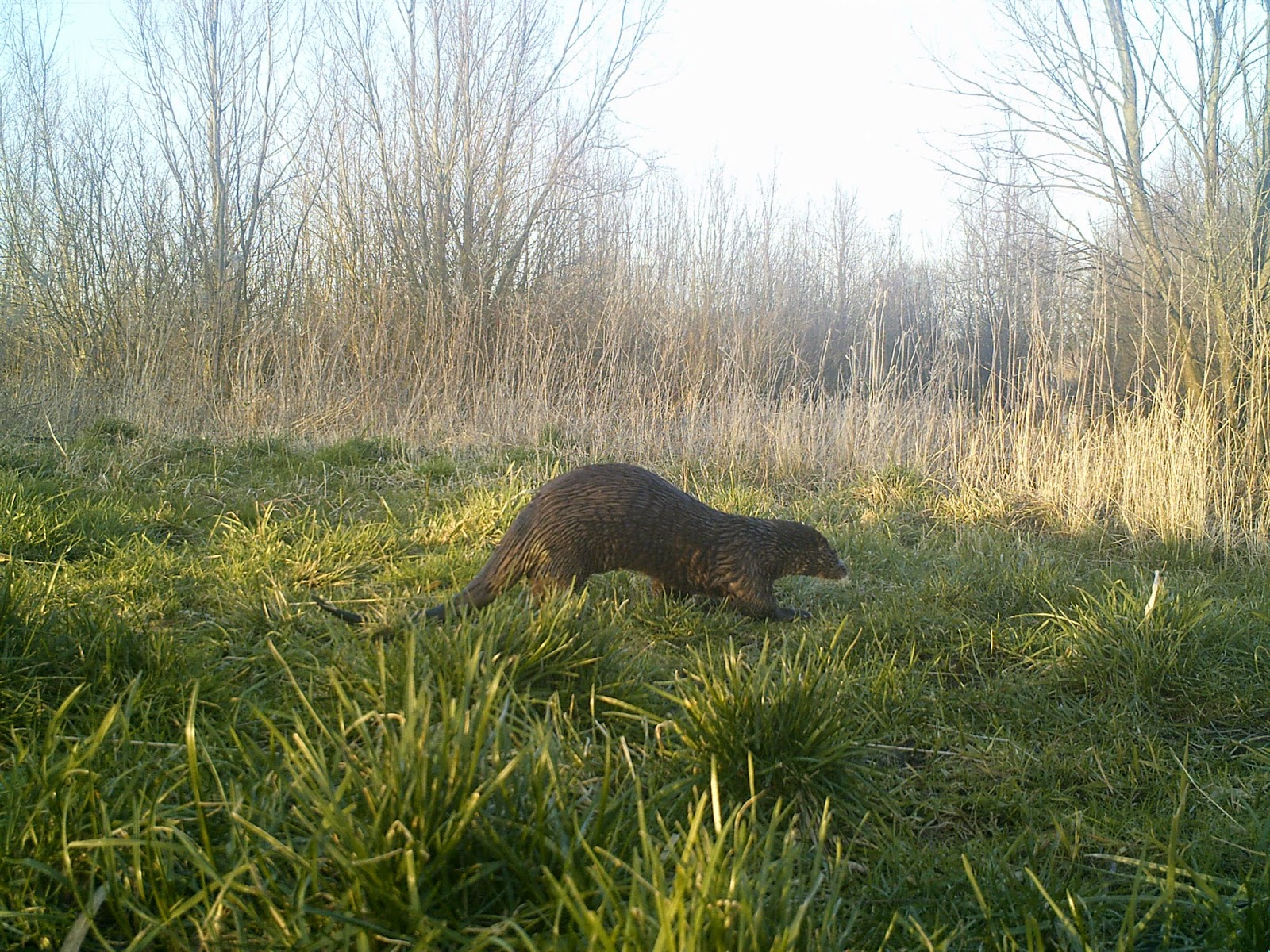 By March, hedgehogs were visiting my garden and reptiles were out on Allerthorpe Common, my local nature reserve. I saw adders and common lizards, but failed to find a slow-worm. Others saw them, so they were definitely still around. I tried to photograph March hares, but they were elusive too. 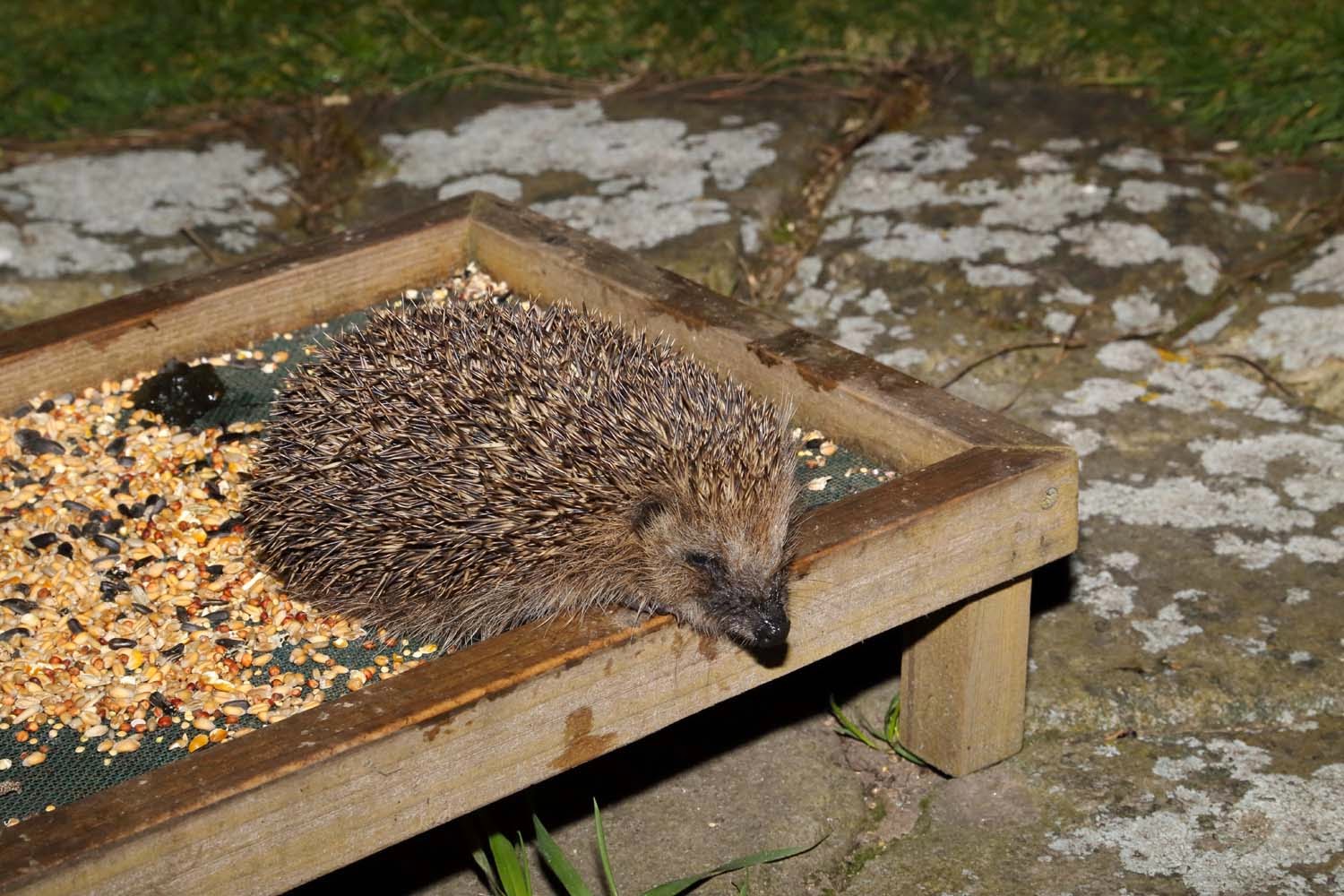 Hedgehog at my ground feeder
April was a busy month for conservation volunteering, removing fish netting at Skerne Wetlands, boardwalk building at Wheldrake Ings and hazel coppicing at Meaux. 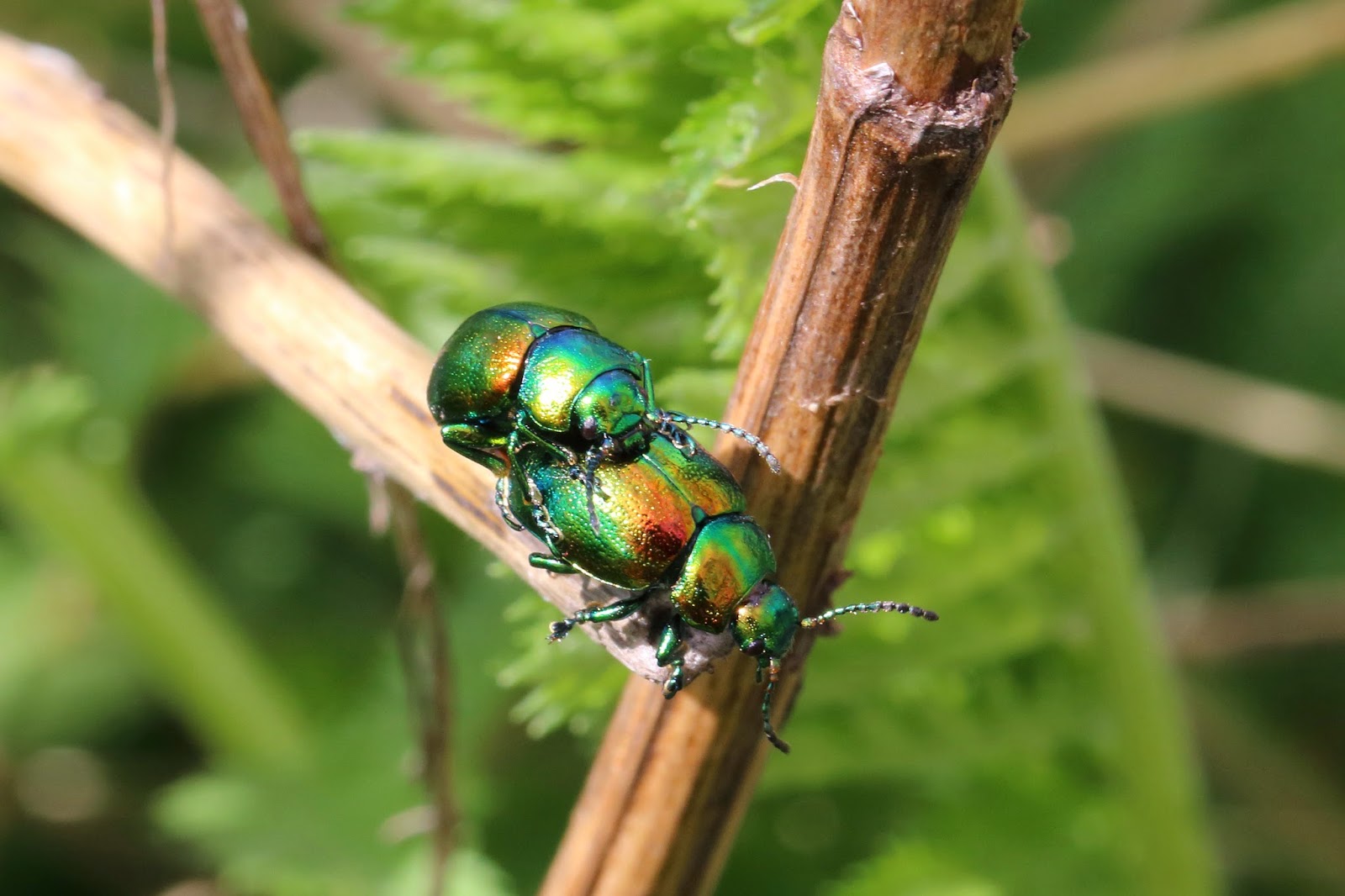 Mating tansy beetles
In May, I had a holiday in Shetland for the first time. It’s a lovely place and reminded me of the Lake District in the 1950’s, where I grew up – a beautiful landscape with few other tourists and quiet roads. I saw an otter within a few hours of arrival and took boat trips to watch seabirds and seals. I got home to discover there were six badger cubs at my local sett – wonderful!


Dog otter relaxing in the sun

In June and July I was badger watching most evenings, filming and photographing them in daylight. I spent days in the wildflower meadows of Wheldrake Ings and Calley Heath, pulling out ragwort. I had a day ‘Whale Watching’ from Flamborough Head. We didn’t see any whales, but it was a lovely day for watching the sea birds. 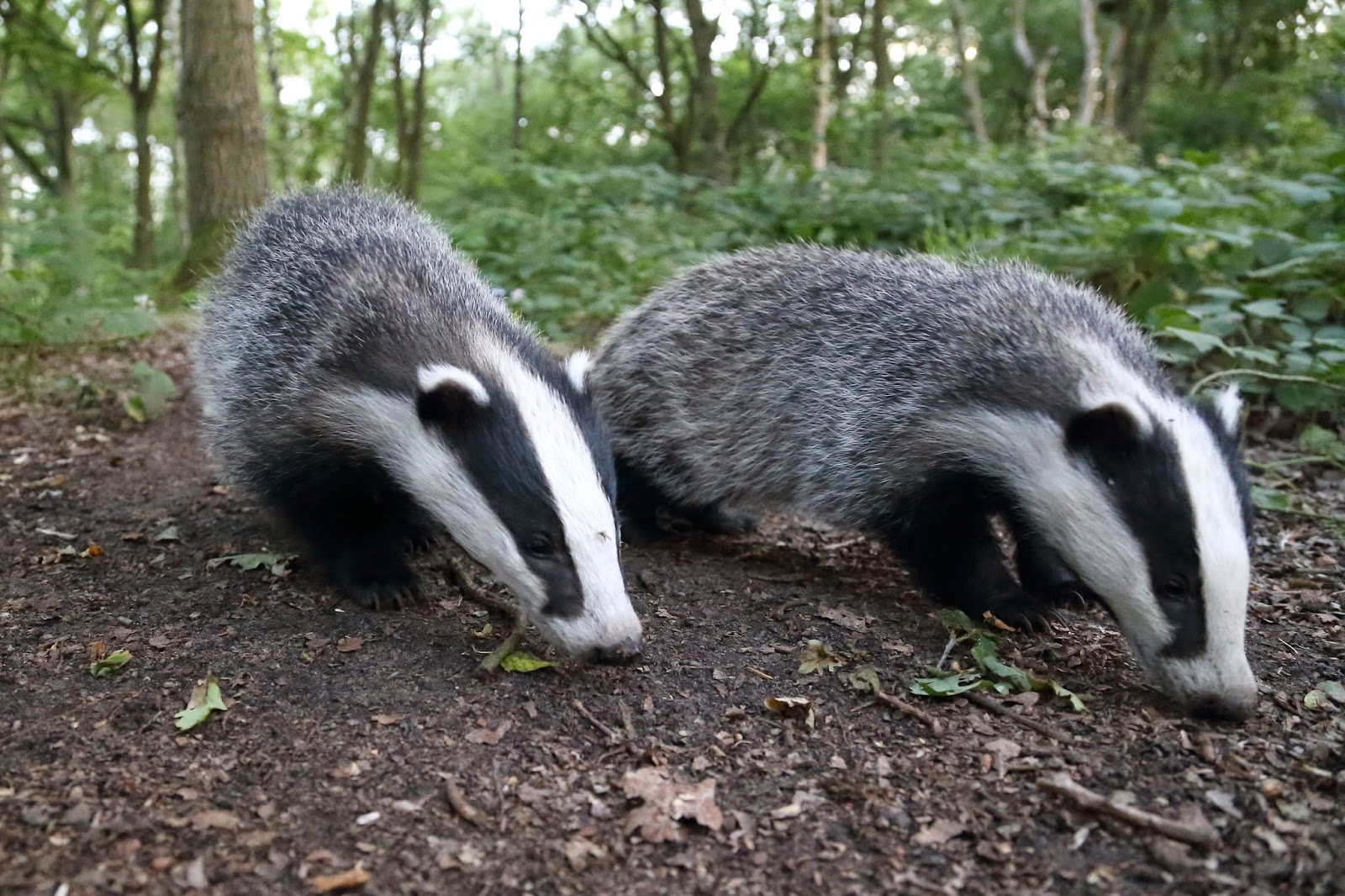 The badger cubs enjoyed their peanuts

August was another good month for the badgers, with the cubs getting bigger and more independent. I took part in the annual survey of Tansy beetles and plants along a stretch of the River Ouse, finding record beetle numbers for my stretch. I organised volunteer groups to plant out 420 of my home-grown tansy plants at Fulford Ings and put up a barn owl box on Allerthorpe Common. 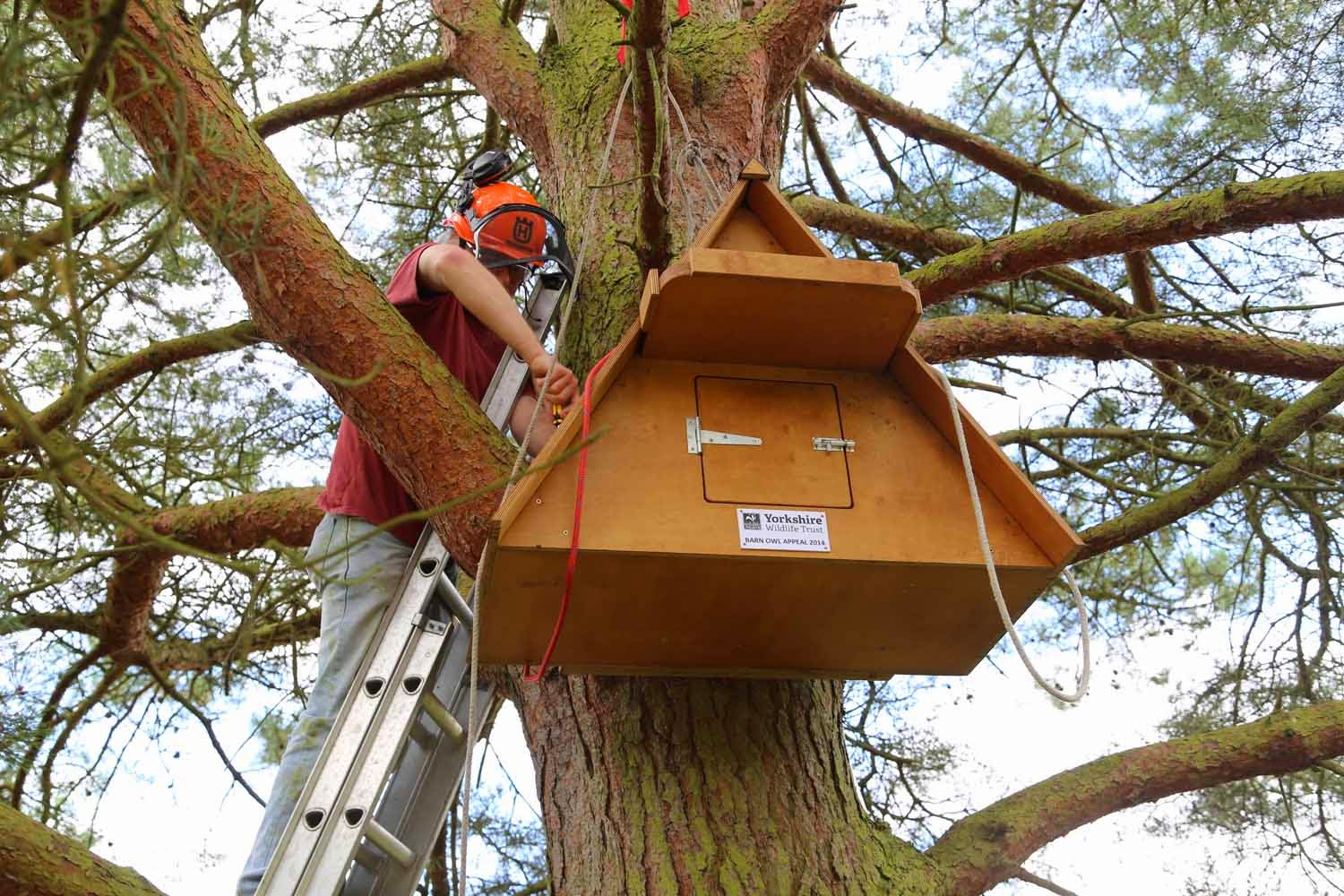 Putting up the barn owl box
Having missed the Rutland Birdfair in August, it was good to meet Ben Hoare (BBC Wildlife features editor) at the Spurn Migration Festival in September. We watched wrynecks and ate bacon butties! Later in the day I attended a lecture on radio tracking cuckoos and went on a Unimog safari down to Spurn Point. Also in August, I had a ‘wild swim’ in Gormire Lake – something I hadn’t done for many years. It was great to see the lake from a different perspective. I visited Tophill Low to watch kingfishers and saw a swimming grass snake, which I hadn’t expected. 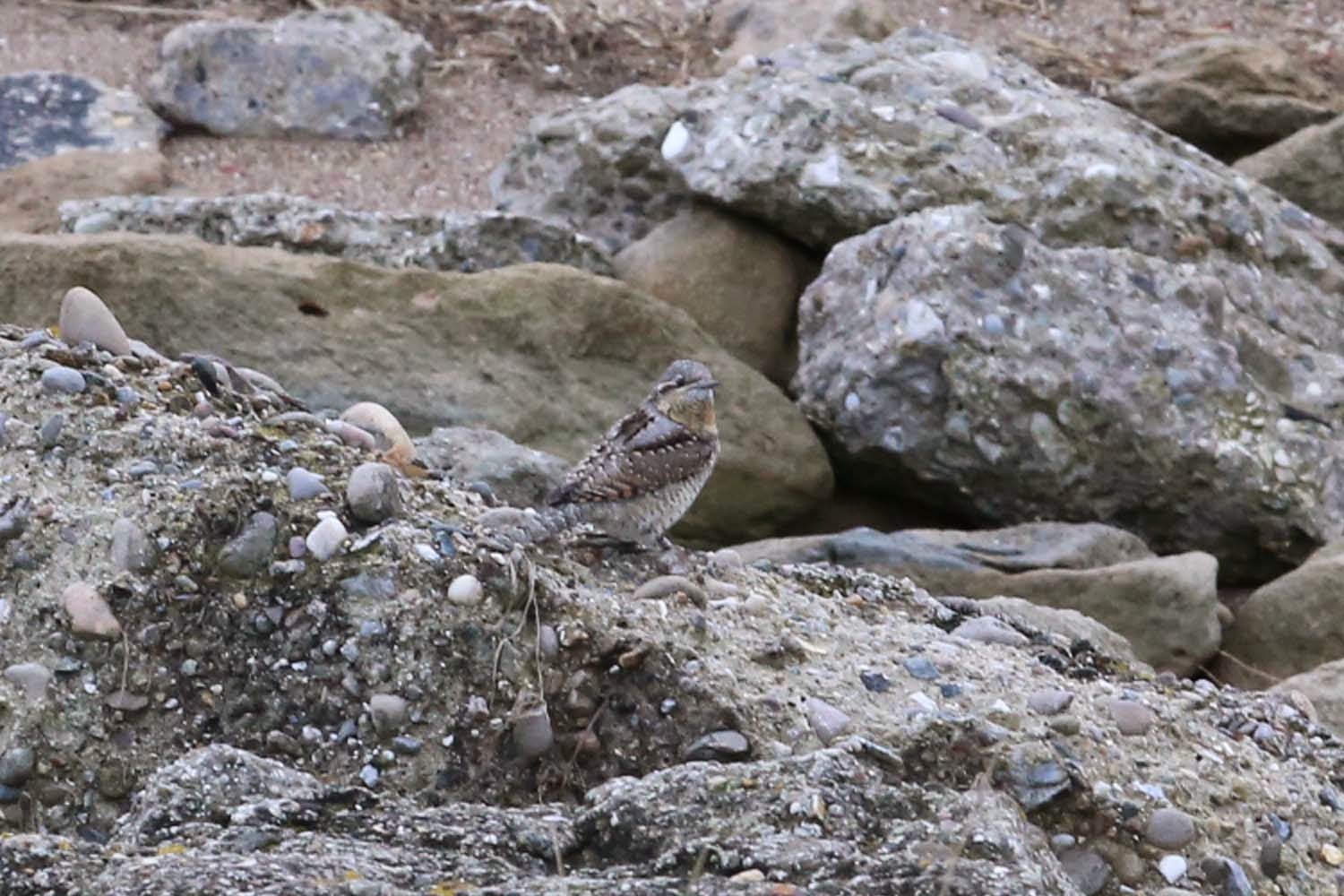 In October I went back to Spurn Point for a beach clean with Yorkshire Wildlife Trust and Surfers Against Sewage. I watched a stoat manically ‘dancing’ in the field behind my house, before pouncing on a bemused rabbit in the long grass. One of my badger films was short-listed for the Eden Shorts competition and was shown at the Wildscreen Festival in Bristol.


Badger cubs film for Eden Shorts
In November I made my annual visit to the seal colony at Donna Nook. They never disappoint and this time I saw a seal give birth, which was amazing to watch. I also went to Studley Royal Deer Park near Ripon, to see red, fallow and sika deer. I joined a volunteer group cleaning out the beck through North Newbald village and saw two water voles, the first I’d seen this year. 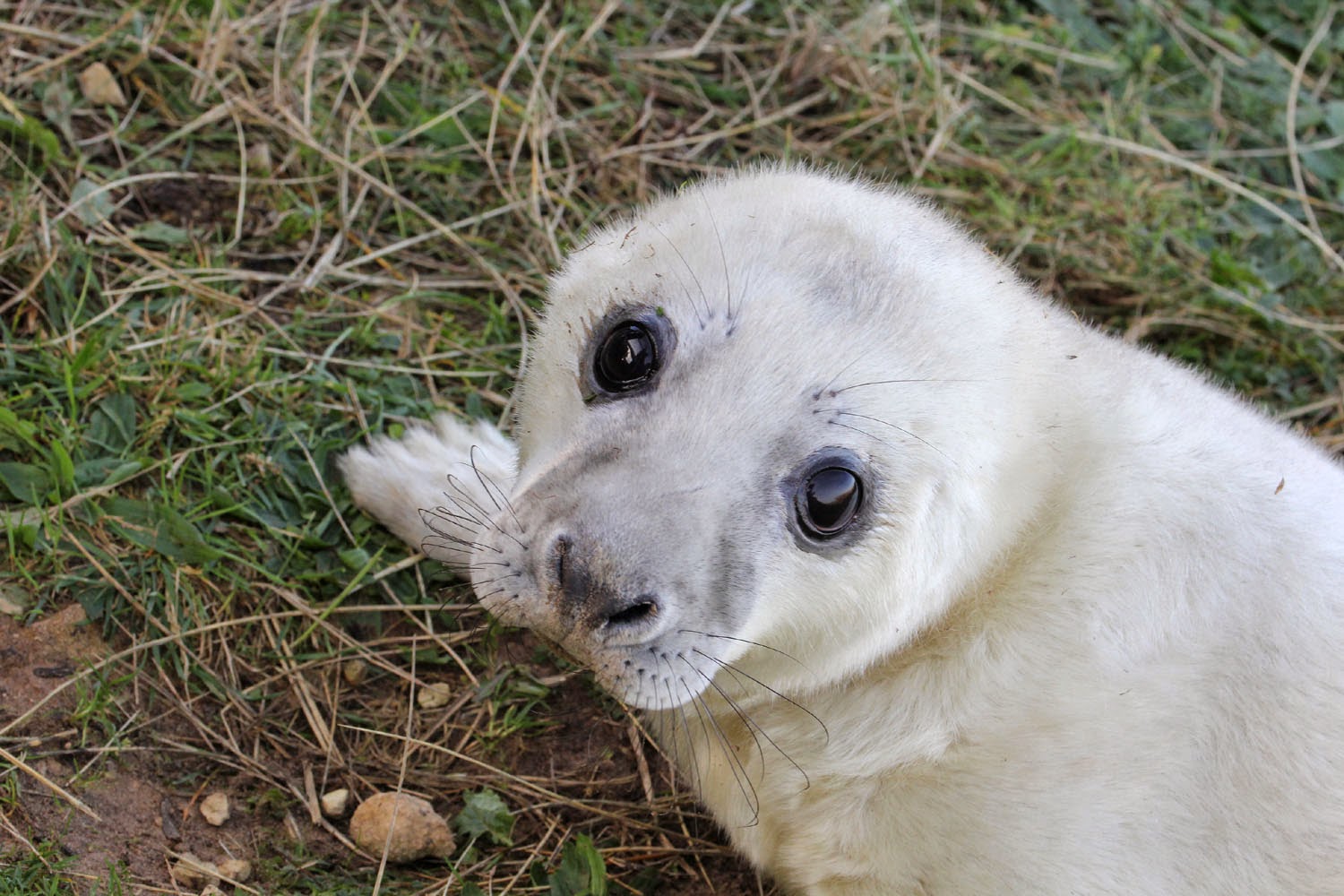 On brighter days in December, I filmed the garden birds at a feeder on my lawn. I got shots of a magpie and a jay, which I hadn’t expected, but the rooks and jackdaws were just too wary. My Eden Shorts badger film was shown on the Eden TV channel. I went to conservation work days at Skerne Wetlands, Calley Heath, North Cliffe Wood, Allerthorpe Common and Askham Bog. Over the year, I’ve been to 109 conservation volunteer work days. 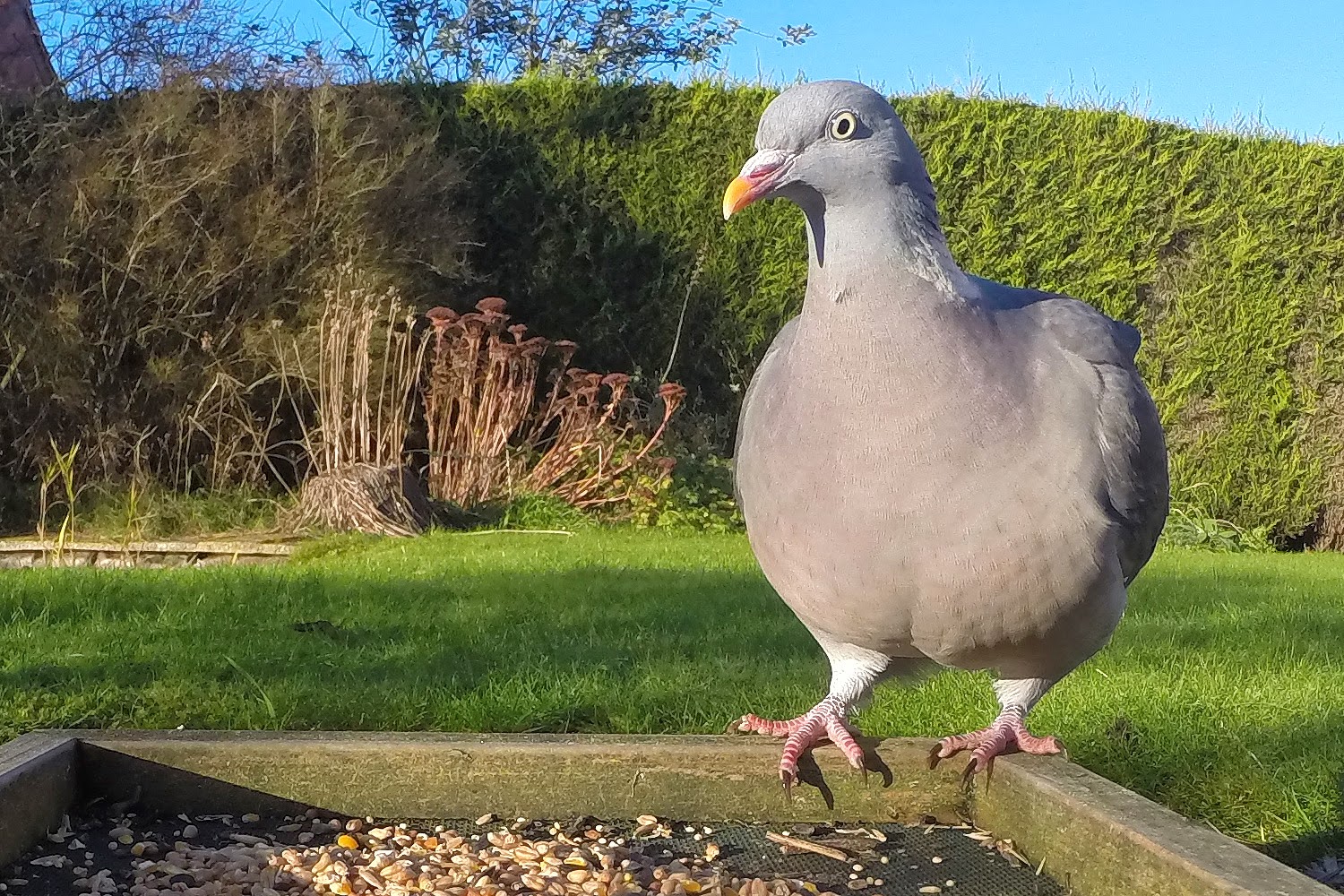 Woodpigeon at the ground feeder

I’ll continue my blog in 2015 in the hope that it inspires others to get out and see some wildlife. Conservation volunteering on your local nature reserve is a great way to learn about the wildlife on your patch and gives you the satisfaction of knowing that you're helping to protect it.