December 31, 2014
I’ve had a walk with the Yorkshire Mammal Group in woods between Hovingham and Castle Howard. It’s a beautiful area of rolling hills and valleys, with much more woodland than here on the Plain of York. There were eight of us in the group, looking out for signs of the animals’ presence, rather than the creatures themselves. 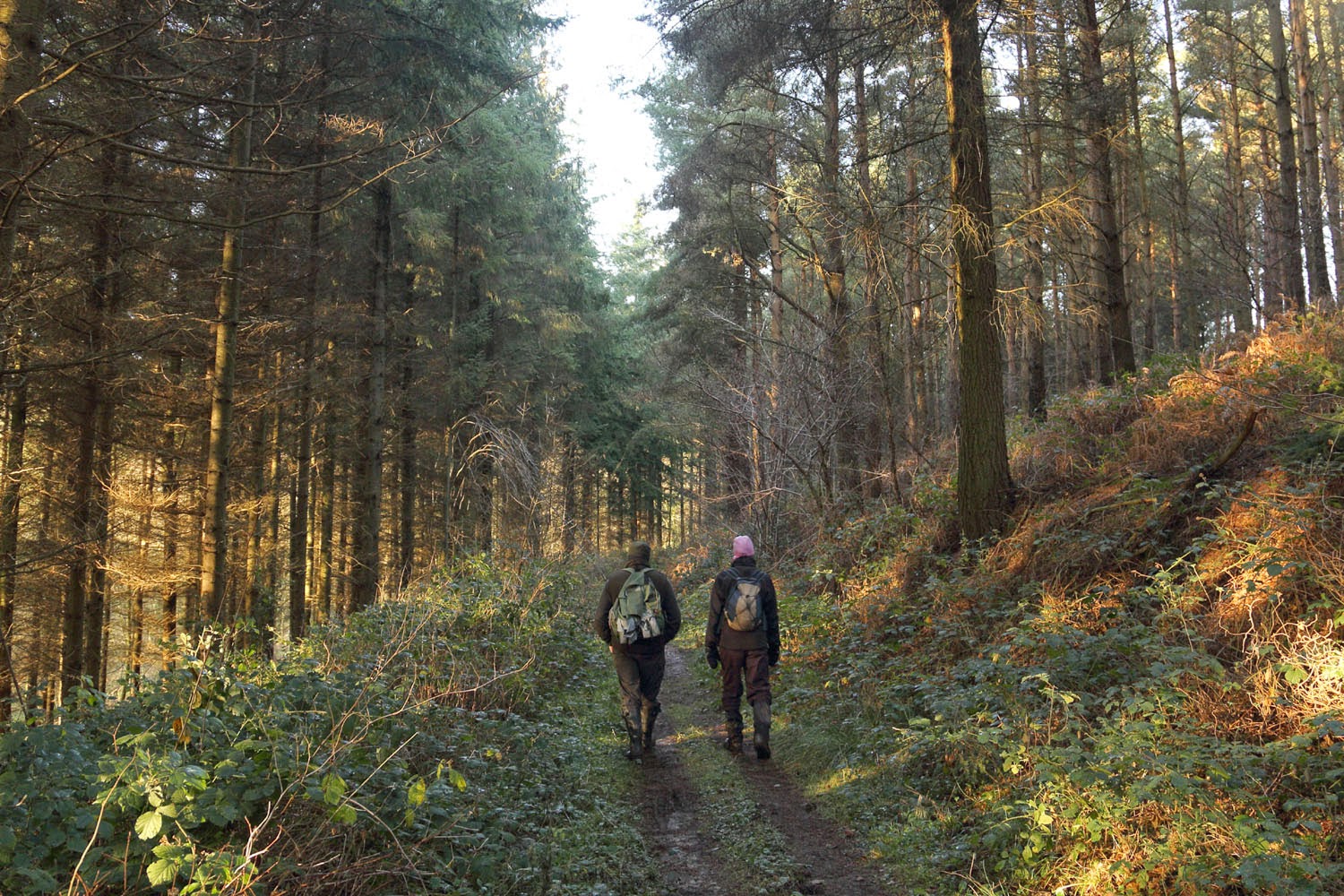 Walking through the woods

First of all there was a distinct smell of fox, which must have crossed the path during the night. The fields here looked like good habitat for brown hares, but we didn’t see any. There were mole hills at the edge of one field and some rabbit droppings. Along the woodland edge, we found the slots of roe deer and also some from fallow deer, which are slightly longer. We saw several grey squirrel dreys in the woods and an actual squirrel running along a fence. There was a clear track across the corner of a field, leading down to a stream where a fallen willow branch formed a bridge. The track continued through the woods on the other side. This was clearly in regular use by badgers. Further along, under a man-made bridge, there were (possibly) otter tracks in the sand. So, although we only saw one mammal, there were signs of the presence of seven other species. 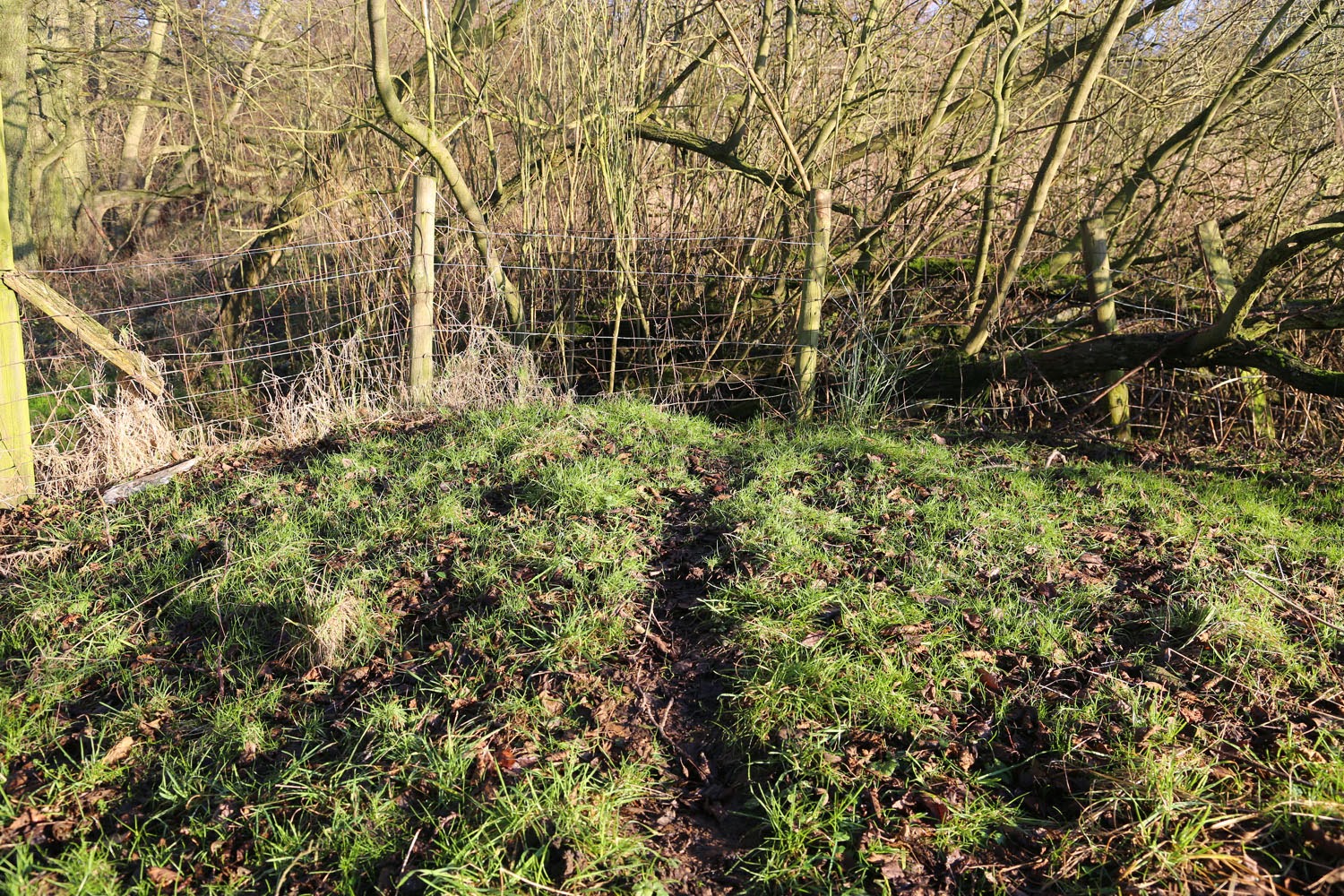 A badger path across the field... 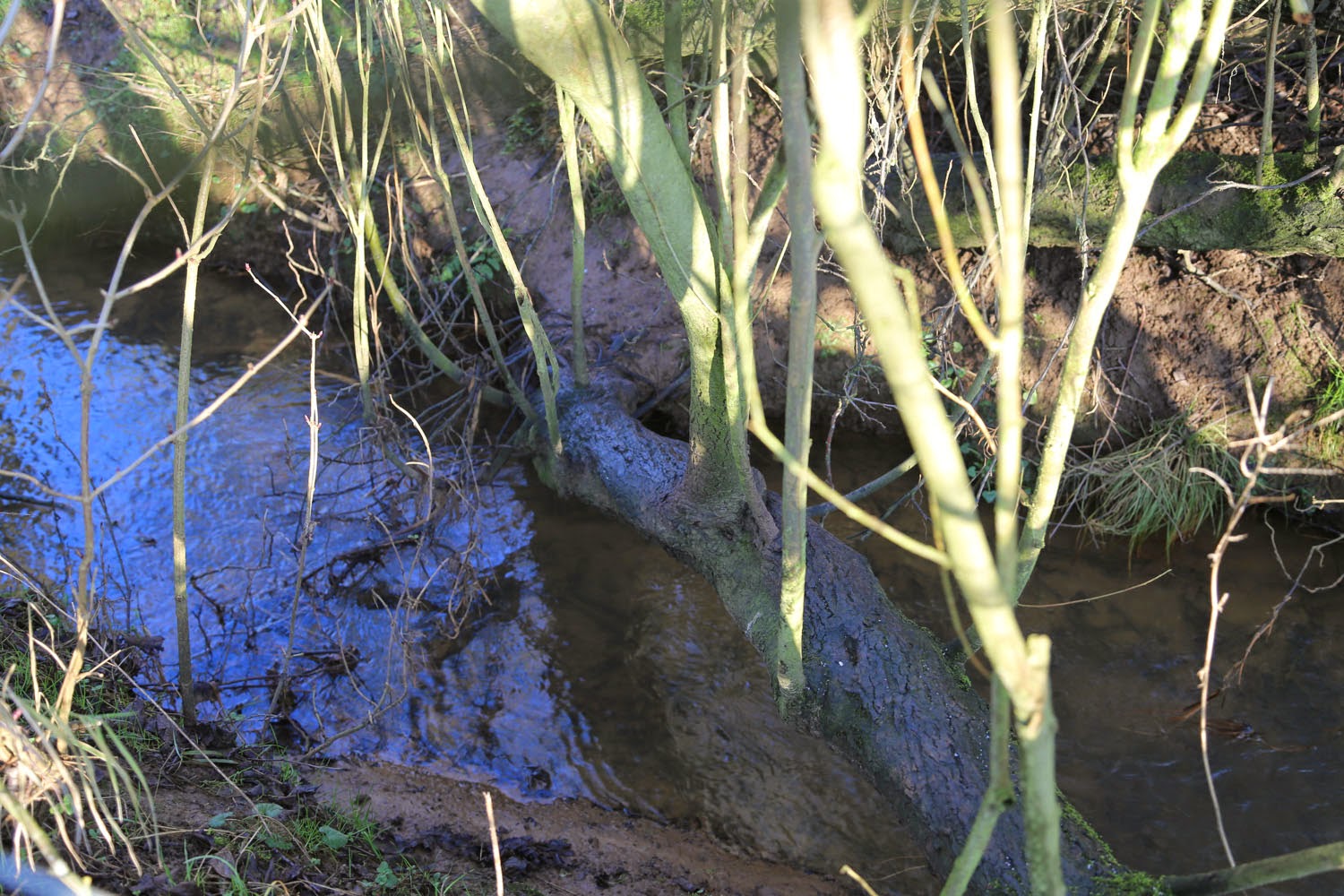 ...leads to a natural bridge