June 29, 2014
Today I’ve been to a ‘Wildlife Day’ at Stillingfleet Lodge gardens, held as part of National Insect Week. All the local wildlife organisations had stands there and events were organised throughout the day. I started with a mini-bug safari led by Dr Roger Key. It was aimed mainly at the children, but was just as interesting to us adults who missed out on that sort of thing when we were children. We were equipped with sweep nets and pooters and told to see what we could find. I came back with a Tortrix moth, froghoppers and a selection of plant bugs. 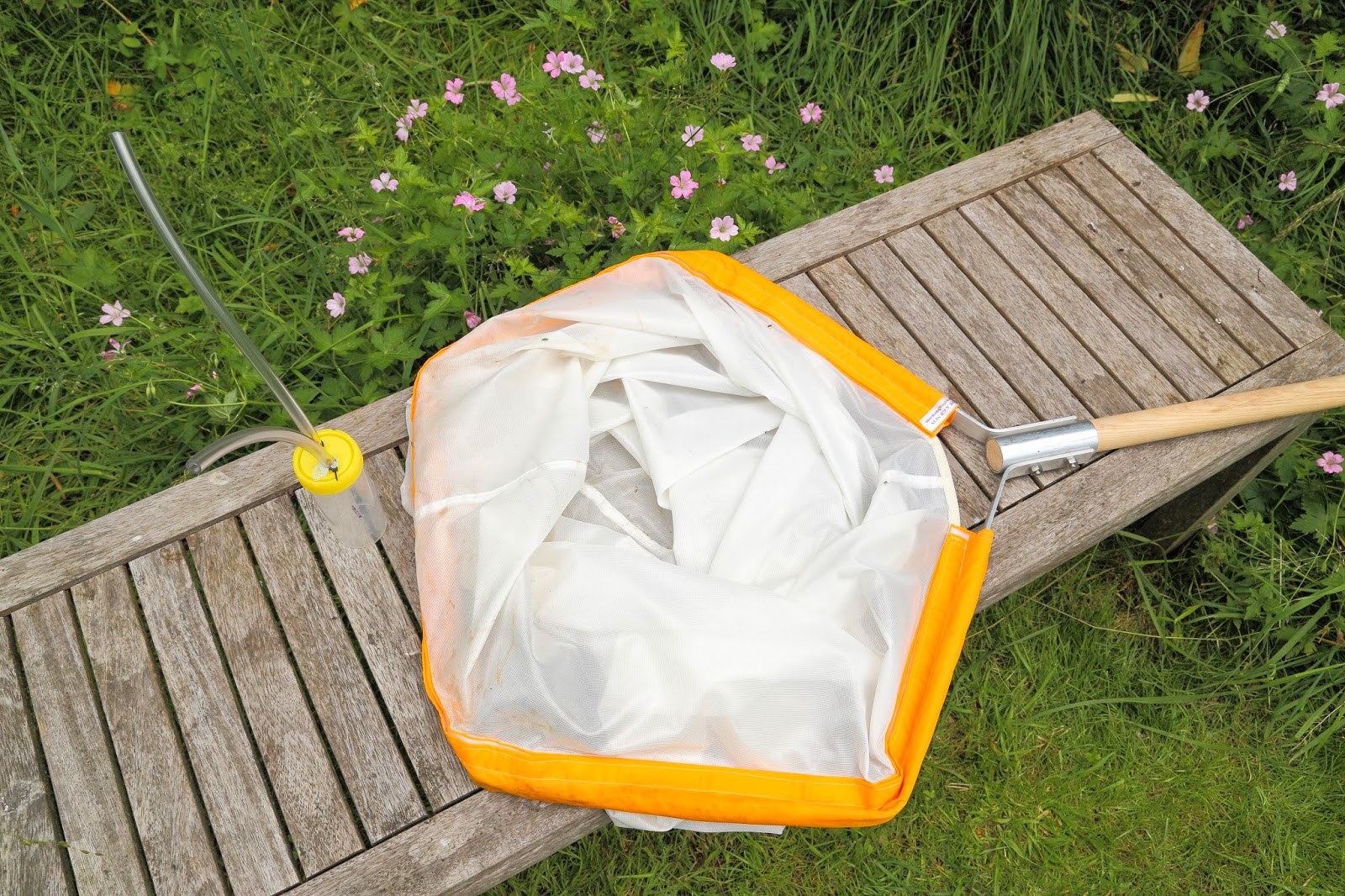 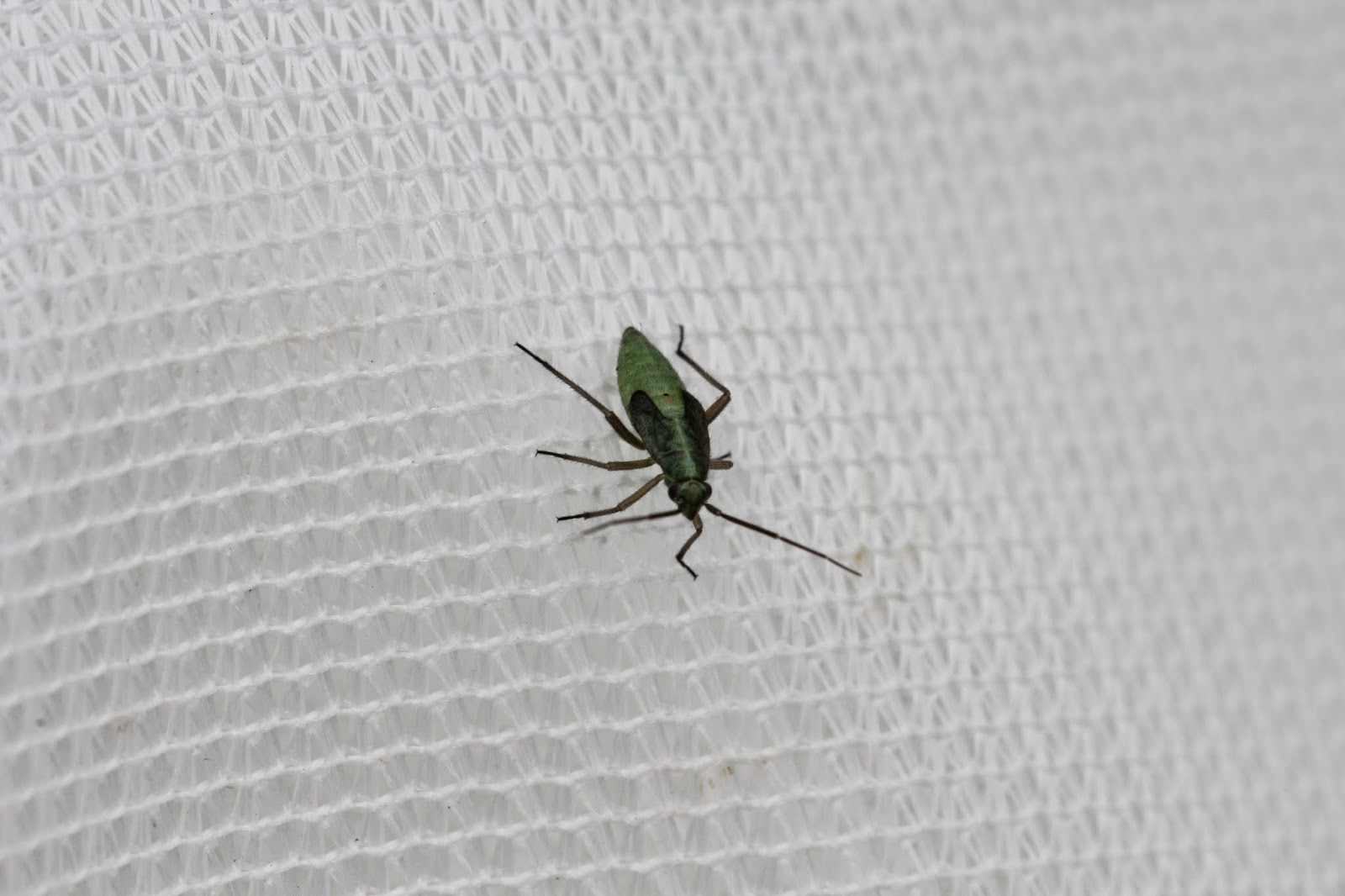 Plant bug in the net

The next event was a demonstration of bird-ringing with the BTO. A line of wriggling bags on the tent wall was opened and a variety of small birds produced for ringing and measuring. Each bird was then carefully passed to one of the audience for them to release. Most shot away at speed, but a reluctant dunnock sat in a lady’s hand for a full minute before being persuaded to take flight. 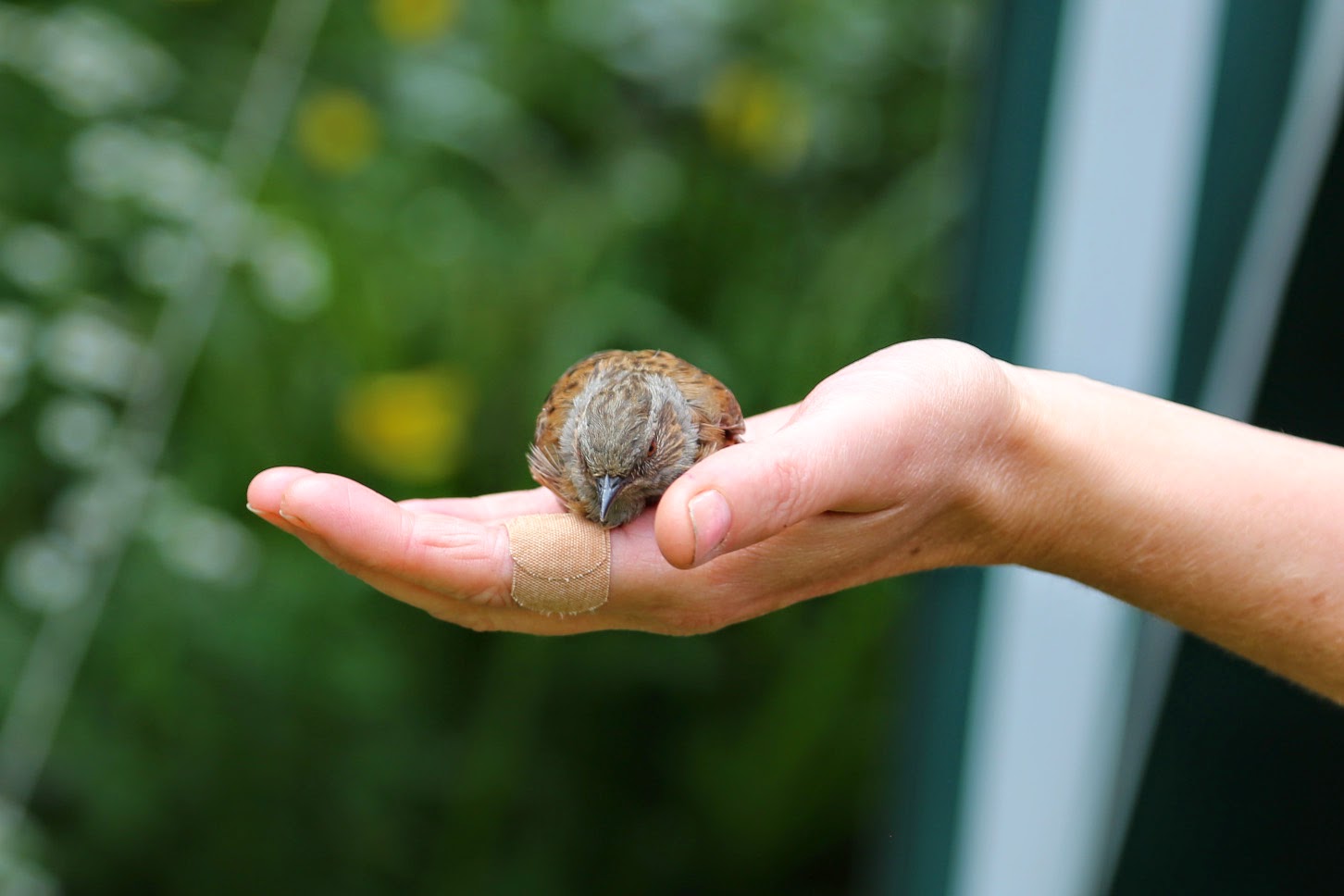 Next up was a spider walk with Dr Geoff Oxford, who first demonstrated an alternative use for a sonic toothbrush. It seems that their oscillation frequency (at 20000 per minute) roughly corresponds to that of a medium sized fly, so when placed gently on a spider’s web it will bring the spider out to investigate. 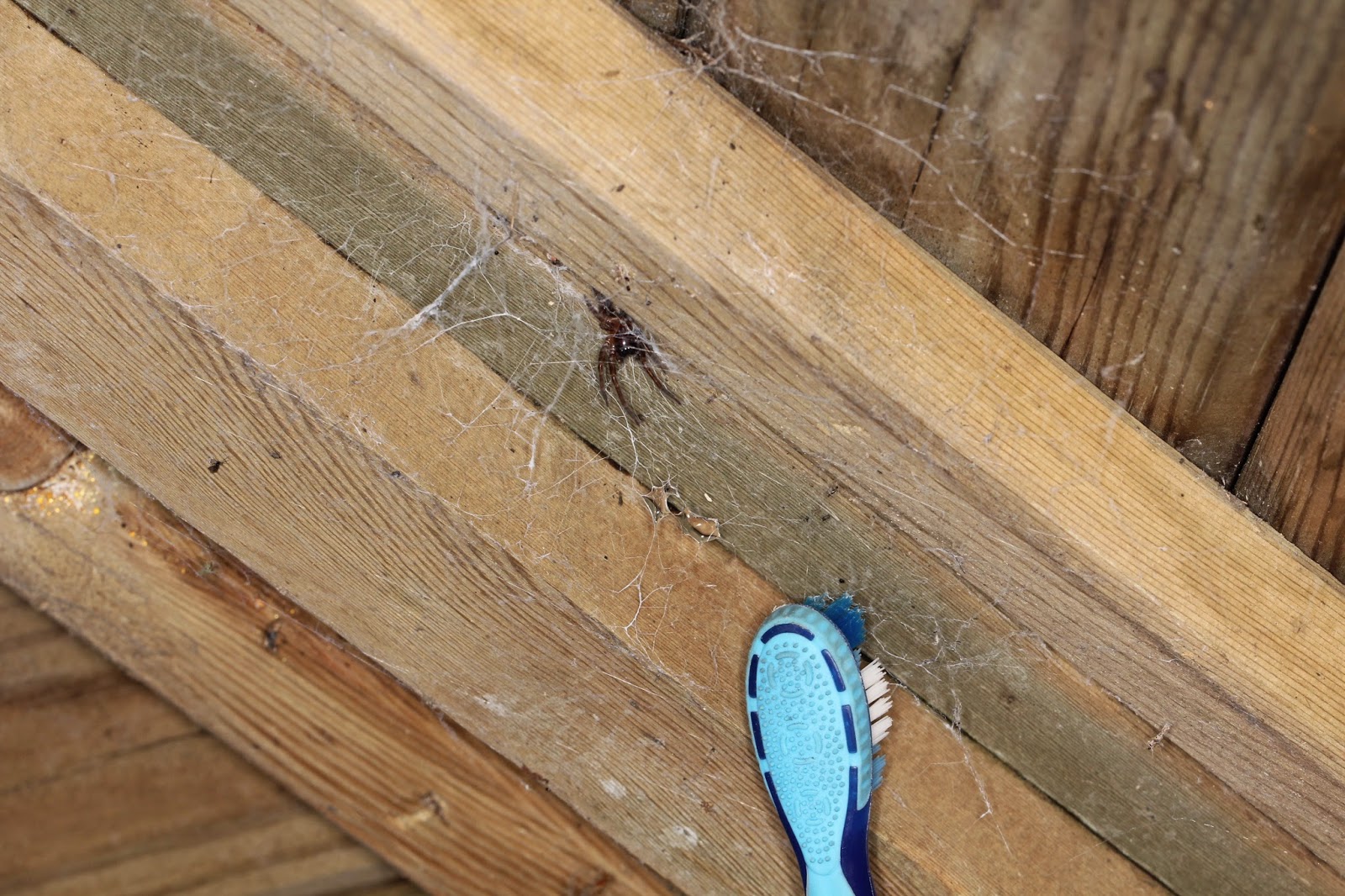 A hungry spider emerges from its hiding place... 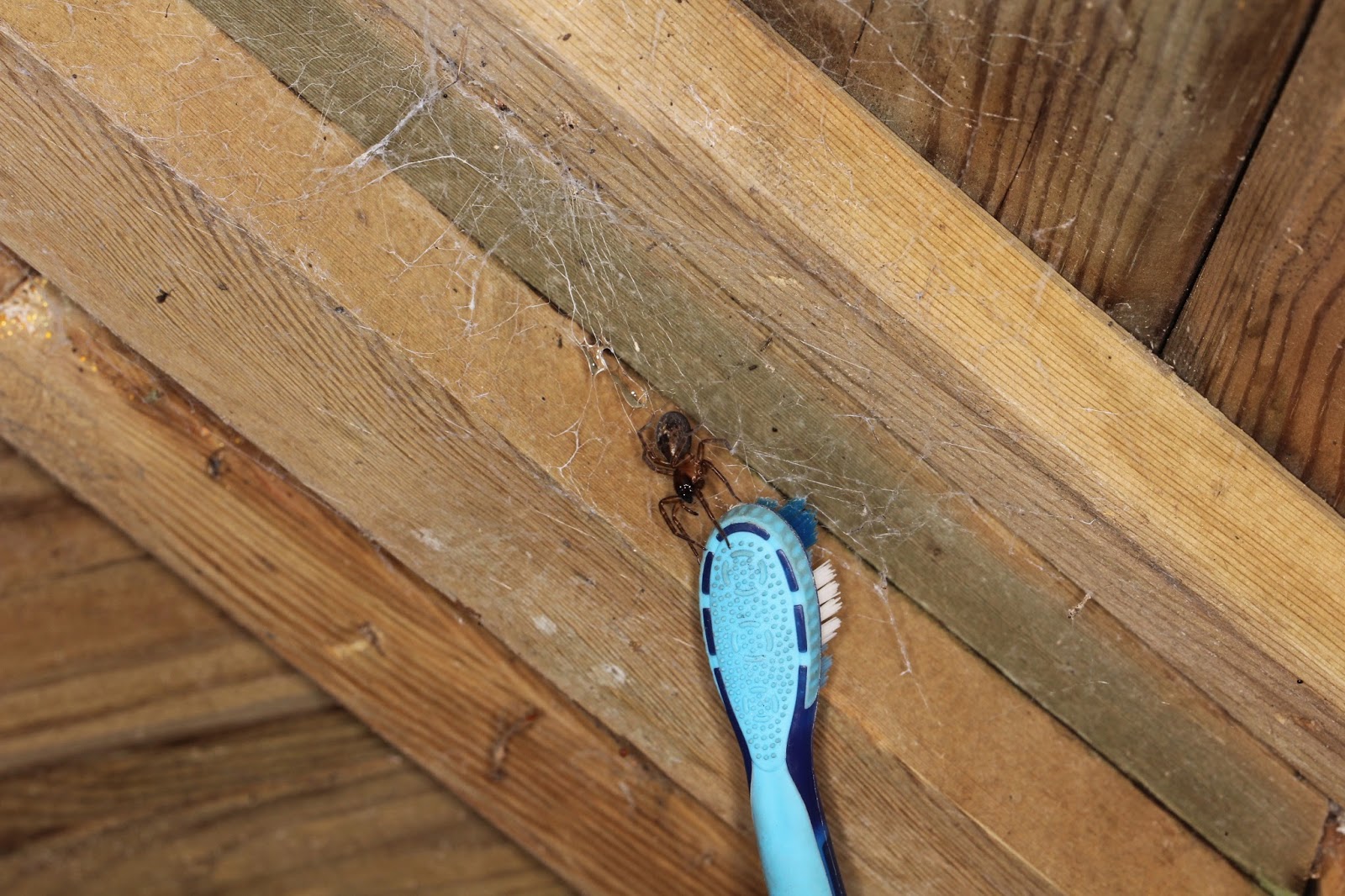 ...only to find a toothbrush

We then had a walk around the gardens looking for webs. Several were found on an ivy covered wall and their owners lured out with the toothbrush. There were large house spiders (Tegenaria), money spiders, orb-web spiders, candy-stripe spiders and cucumber spiders. We often hear that children are no longer ‘connected’ with nature, but those attending today were full of enthusiasm, which was nice to see. 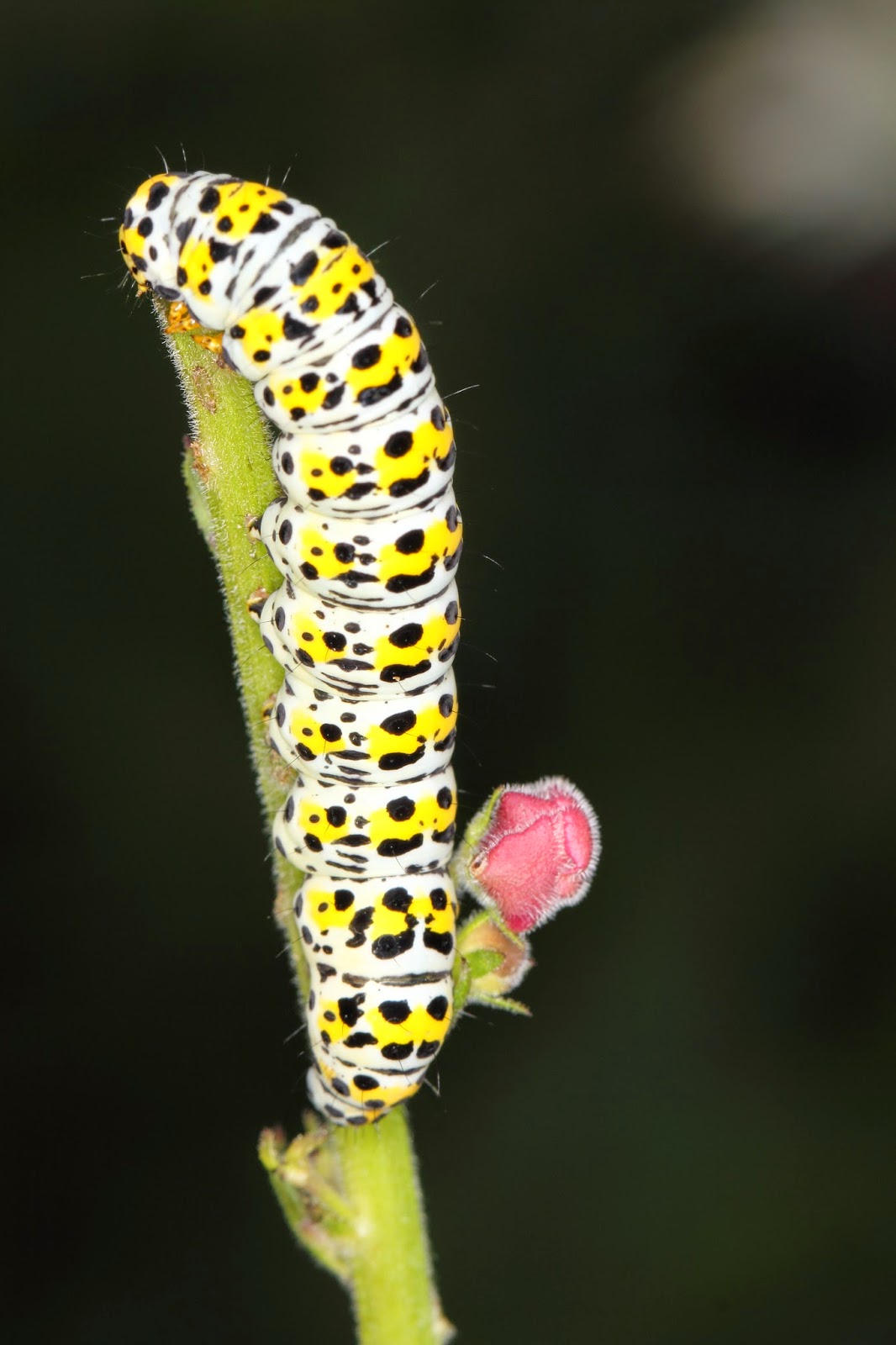 A magnificent Mullein moth caterpillar in the garden