June 15, 2014
I took a friend badger watching last night. I’d been down to Badger Wood in the afternoon and set up a dome hide, to minimize disturbance when we arrived. However, as we walked past the sett, on the way to the hide at the far end, we could see badger cubs amongst the brambles. Three cubs and an adult were foraging in the leaf litter. They took no notice of us as we stood and watched them. 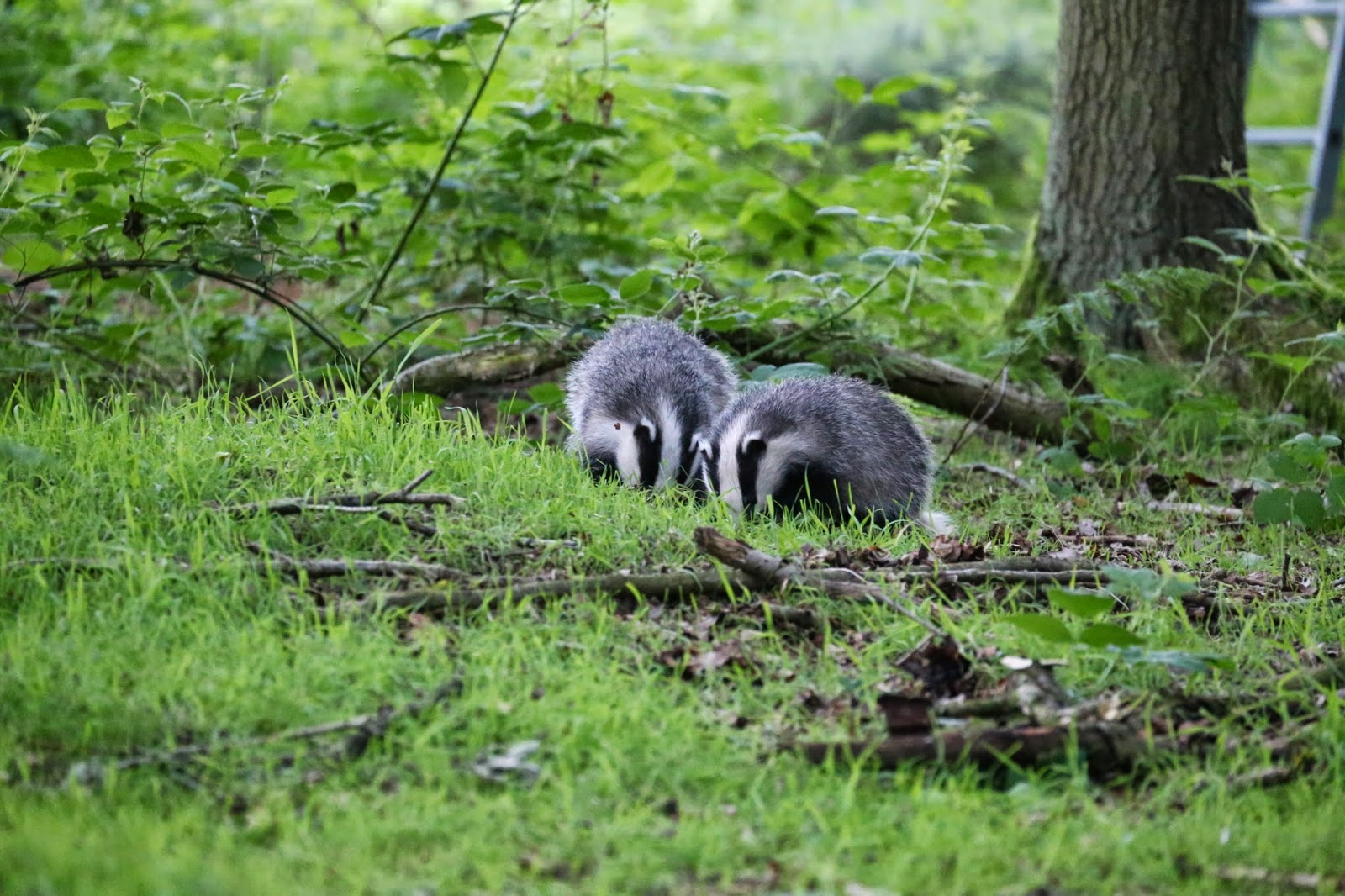 The cubs were oblivious of our presence 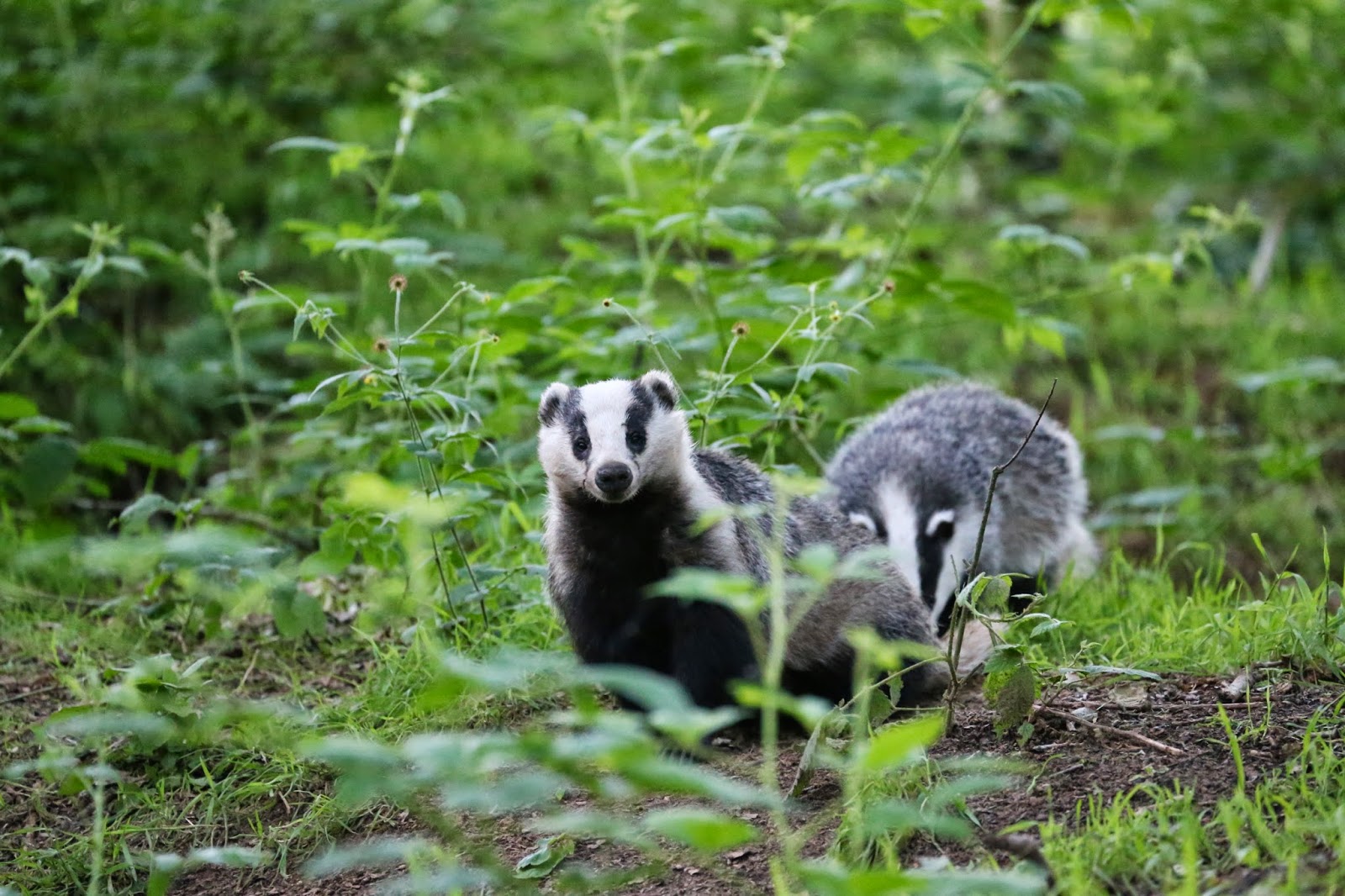 Finally they moved off and we were able to get to the hide where my friend was to sit. I put out some peanuts and returned to my car to fetch the camcorder. By the time I’d got back, the cubs were already tucking in to the peanuts. I frightened them away by getting up to my high seat, but they soon returned. Two came and ate while a third smaller cub watched nervously for a while before returning to the sett. When the pair had had enough they wandered off and an adult came out cautiously, followed by the smaller cub. They ate together for a while, then wandered off to the top end of the sett.

A few minutes later, two more cubs appeared from the holes over to our left and cautiously approached the peanuts. They ate noisily for a while, before going off to the field on our right, to look for worms.

Our badger watch was accompanied by the general hum of traffic from the main road half a mile away, the occasional roar of motorbikes, a burglar alarm, two rounds of fireworks and a helicopter flying overhead. No wonder the badgers are nervous.


Edited highlights of our badger watch