April 08, 2014
The Tansy beetle, which I’ve mentioned previously, is a large iridescent green beetle, found in Britain only along a 30 mile stretch of the River Ouse, centred on York. Locally, it’s known as the ‘Jewel of York’. For the last three years, I’ve helped the Tansy Beetle Action Group (TBAG) with their tansy beetle conservation efforts. The beetles come out of hibernation in April, so I’ve been making a tour of the three sites I’ve been involved with. 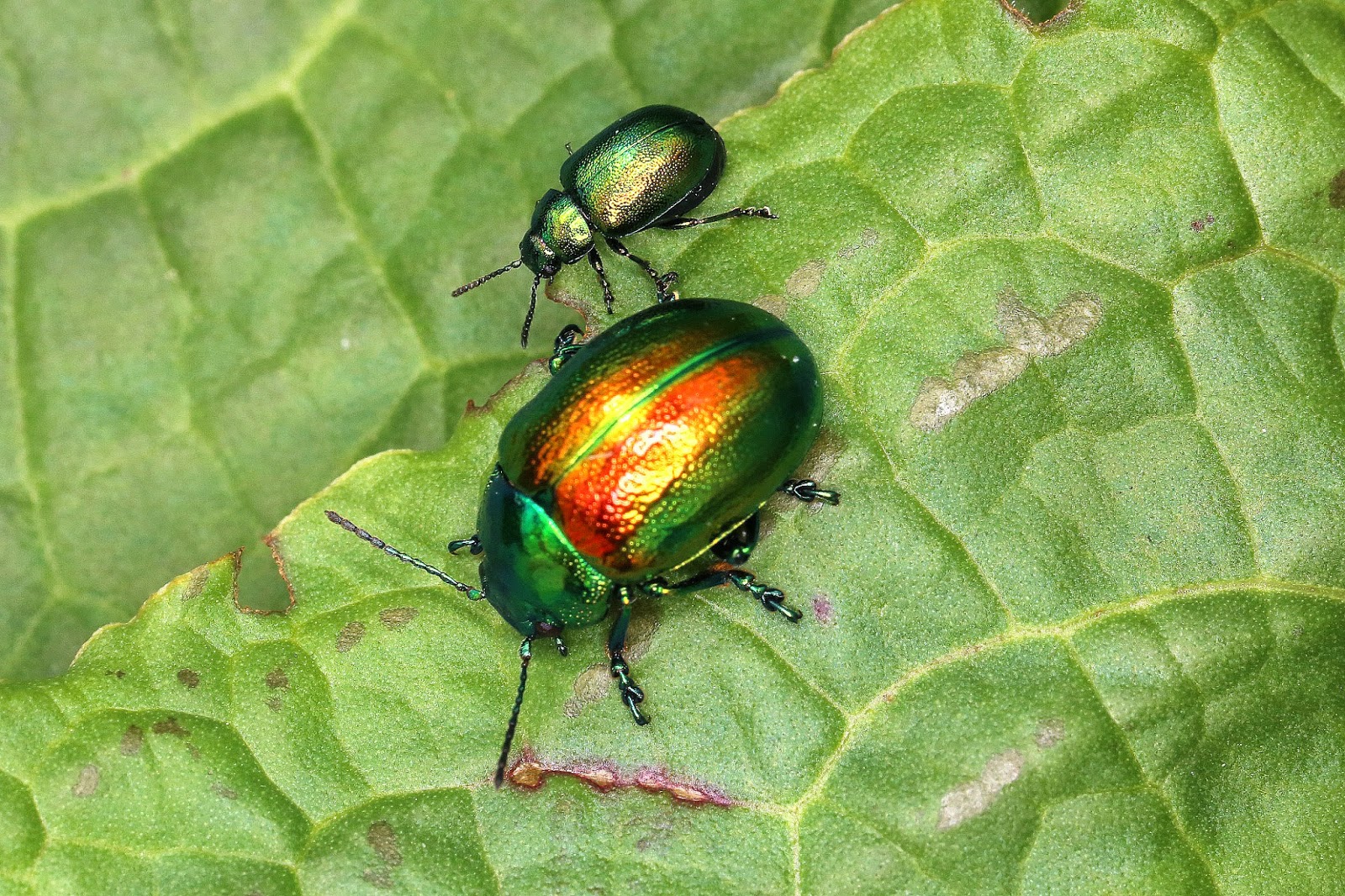 At Fulford, just south of York, I planted 1000 tansy plants last year. Most of the clumps have survived the winter, but are currently being nibbled by sheep, which is a bit worrying. In two fenced off areas of older tansy, I found a total of 35 beetles.

Downstream near Riccall, there is a line of fenced enclosures to protect tansy clumps from grazing by cattle. I found 46 beetles there, which is a fantastic total for a rather cold windy day. 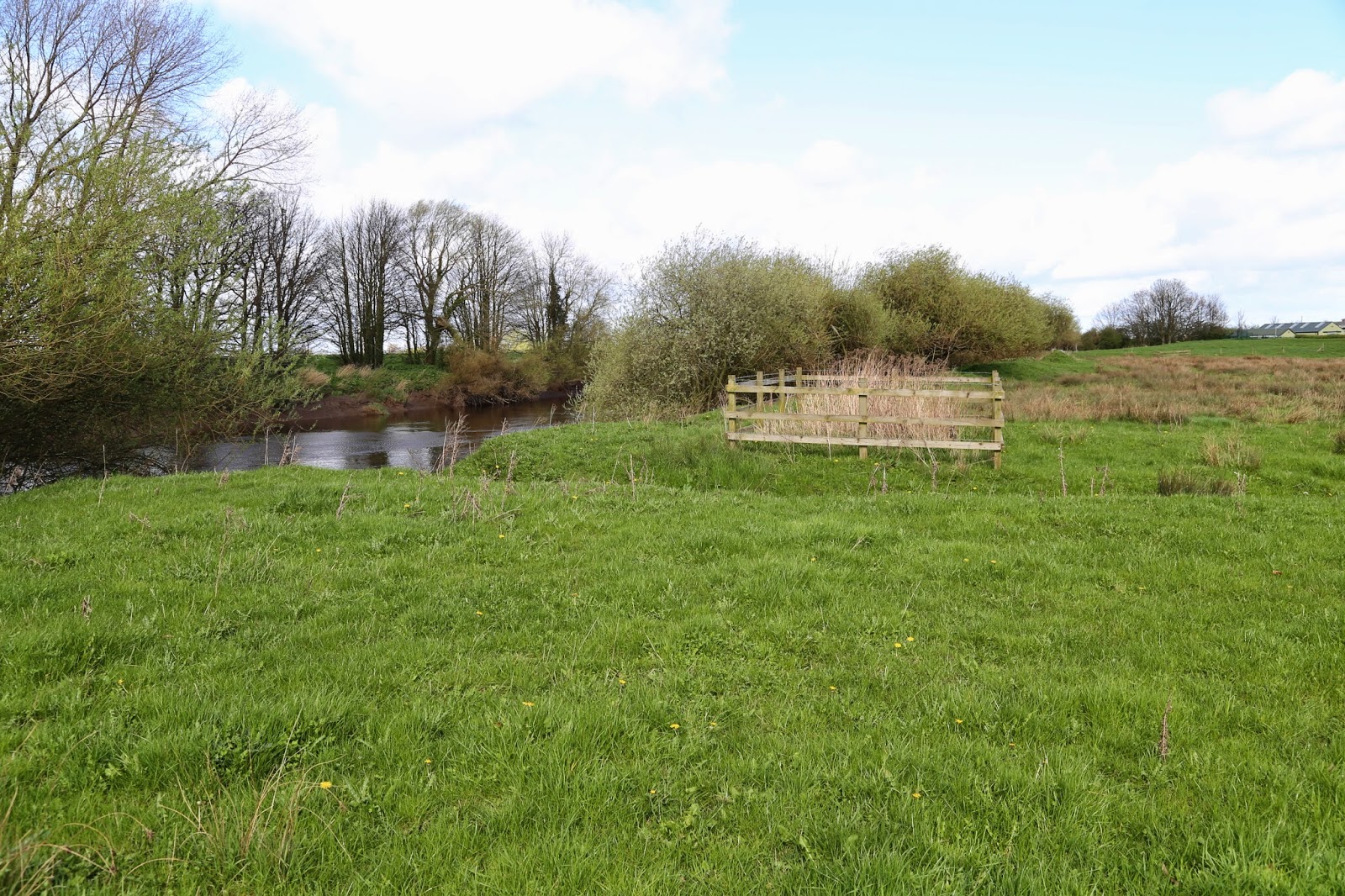 Fenced enclosure to protect tansy from grazing by cattle

The beetles mate in the spring, and lay eggs which then hatch out into larvae. They pupate underground through the summer and emerge as adults towards the end of August. Every year when the new generation appears, a survey is conducted to record the tansy clumps and numbers of beetles. On the stretch of river that I survey, no beetles had been found until last year, when I found just one! Today I’ve been back to see if there are any more. At first I found just one again, but after half an hour of searching I managed to find another six. So it appears that a new colony is getting established, which is great news. 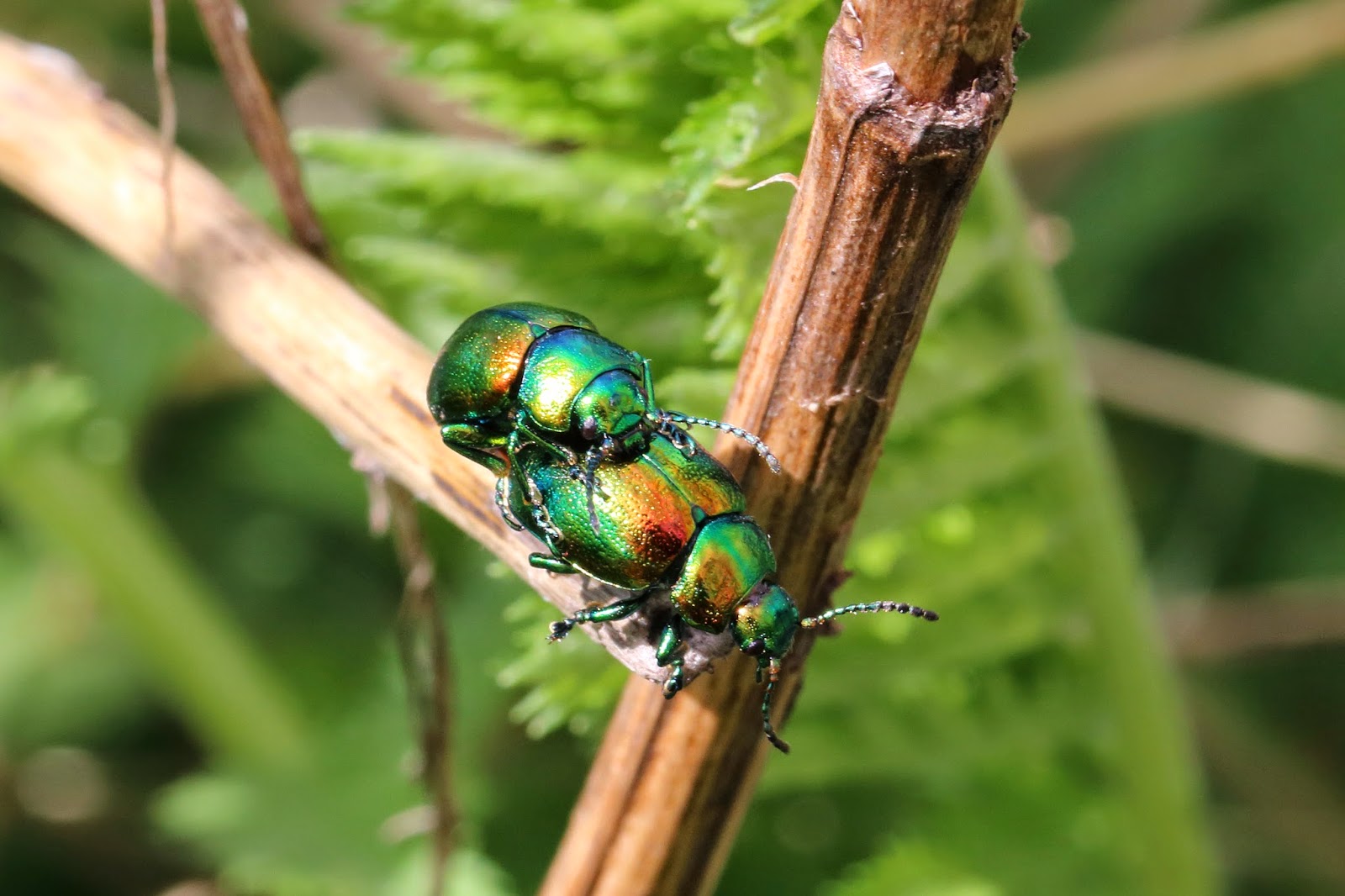