April 02, 2014
I had another conservation work day at Meaux today. It’s a small hazel woodland, which is rare habitat in this part of the country. There was a Cistercian abbey here from 1151 until dissolution in 1539, so it’s likely the monks were the first to coppice this woodland. The present trees are unlikely to be that old, but some could easily have been here for a hundred years. We spent the day making hazel bundles from the brash we cut a few weeks ago. The bundles will be used to prevent erosion along the river banks. The bluebells that carpet the woodland are just beginning to flower and the whole area smells of wild garlic. The woodland is now full of birdsong, most noticeably the incessant chirping of the chiffchaff. 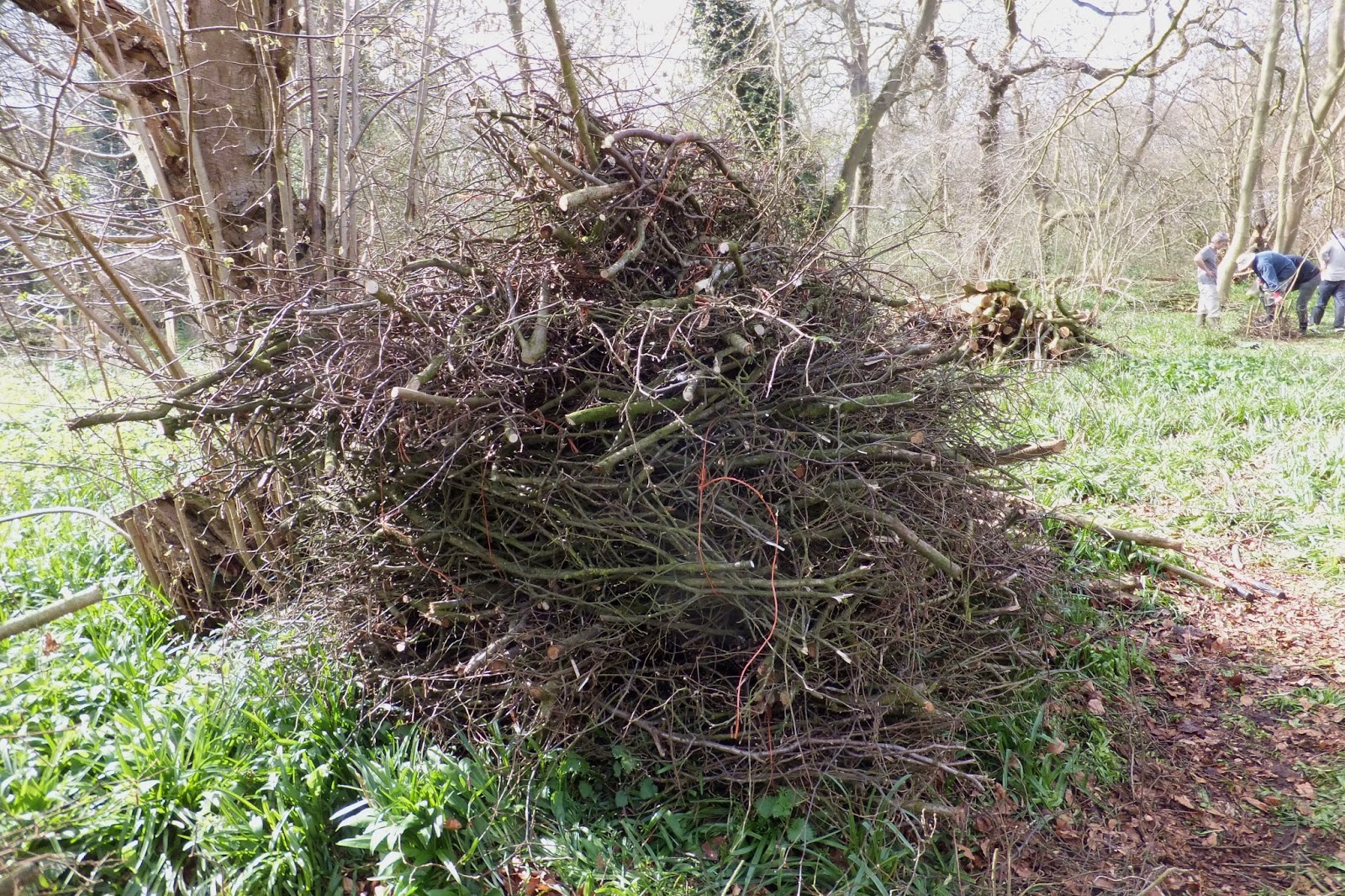 A pile of hazel bundles

We found another interesting fungus. It’s only in the autumn that I go out looking for fungi, so the spectacular ones we’ve come across in the last few weeks have been a surprise to me. First there was the Jelly ear fungus (see 30th January), then the Scarlet elfcup (see 13th February and 9th March). Today’s find was Cramp balls, also known as King Alfred’s cakes. Traditionally they’ve been used either as a remedy for cramp or as tinder for fire-lighting. 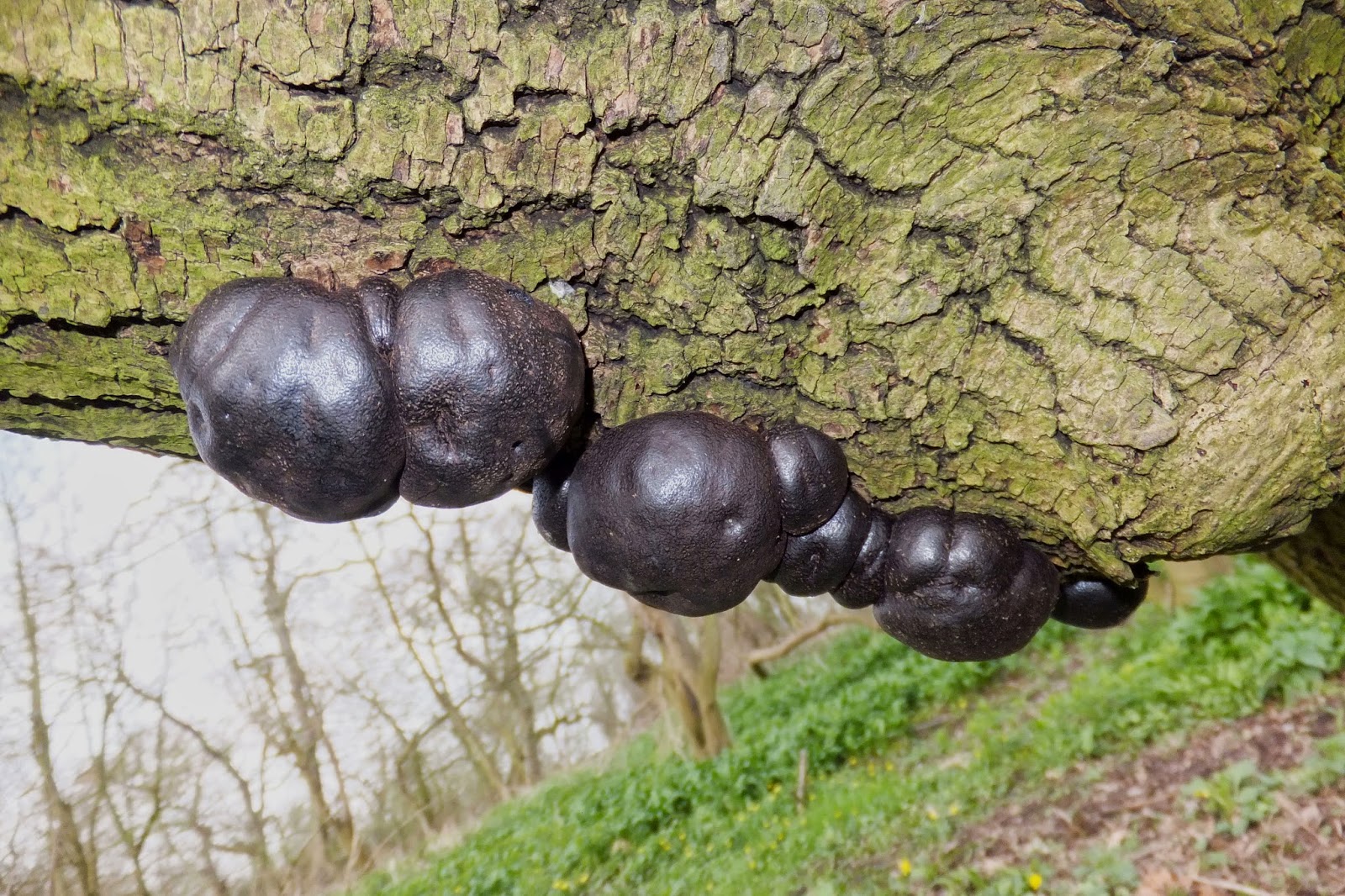 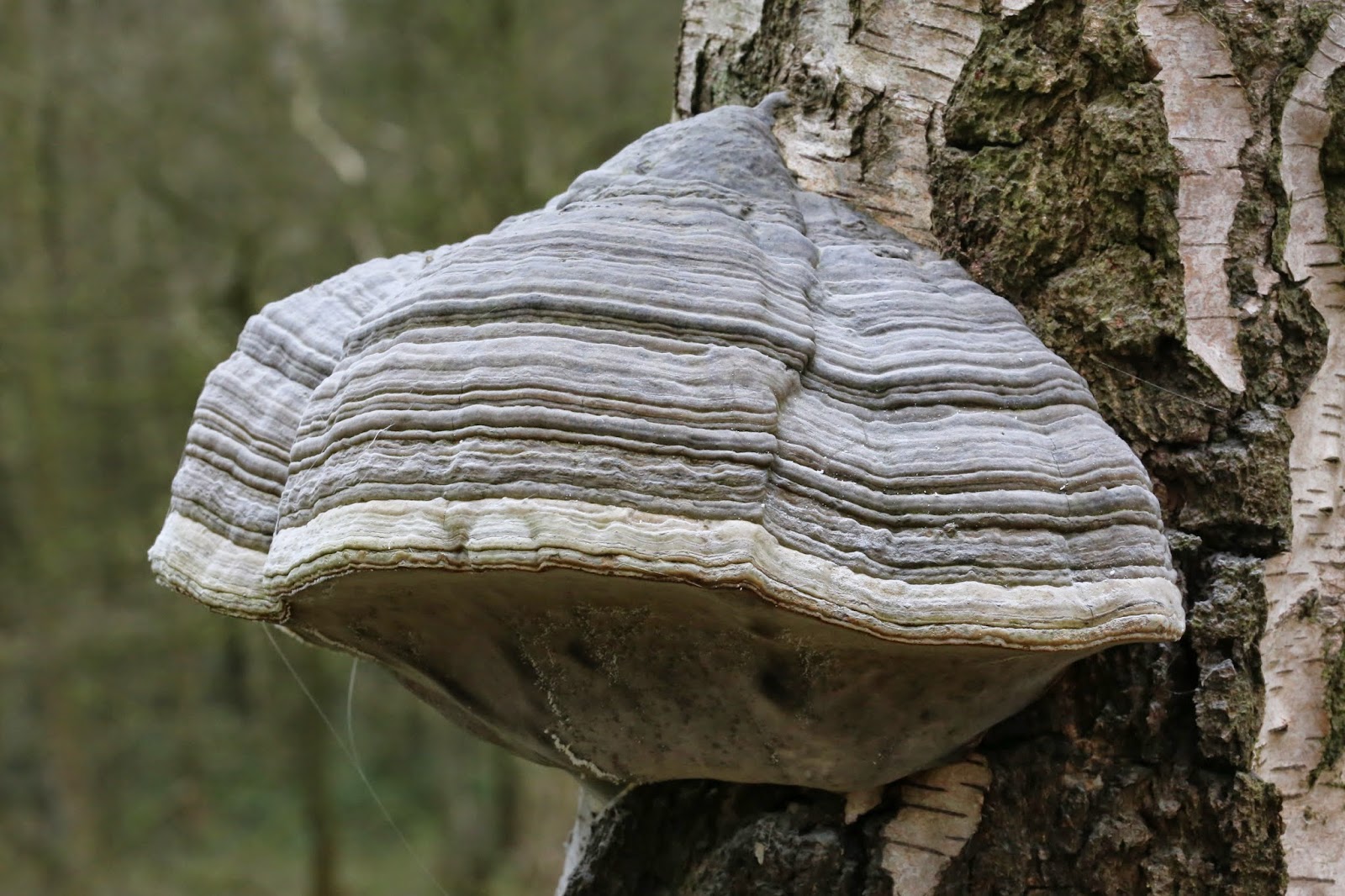