June 15, 2015
I'm taking part in the Wildlife Trust's "30 Days Wild" campaign, trying to get involved with nature in some way every day of this month.

Day 8: Back in March, I bought some packets of native wild flower seeds, to make my garden more attractive to insects. They were sown in seed trays and then pricked out into plug plant trays, so I produced 30 plants of each variety. Today I've been planting them out, filling in gaps between herbaceous plants in the flower beds. I hope they will grow and spread around the garden in time. 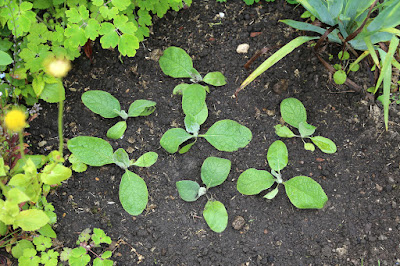 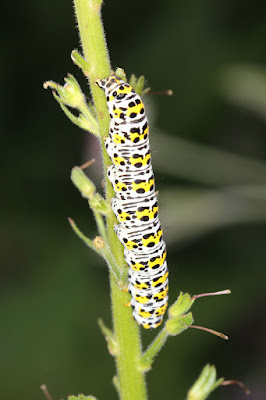 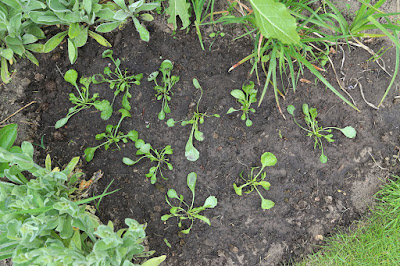 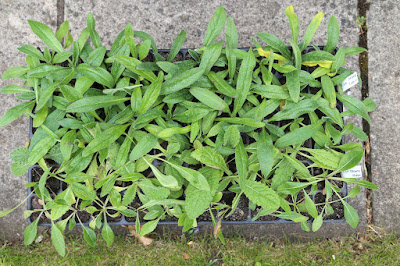 Day 9: On 20th May I attended a Yorkshire Wildlife Trust volunteer workday at Calley Heath. Some of us raked up and burned cow dung while others replaced a section of the perimeter fence. The fencing job wasn't quite finished, so today I joined the Field Officer and we completed it together. There were a few posts to be banged in, netting stapled on and two strands of barbed wire to be fitted along the top. The YWT stockman appeared and we helped him move the flock of Hebridean sheep from another field into the one we'd been working in. In the afternoon, we fitted the top wires to another new section of fence, to complete the job. Conservation grazing is great where and when it's needed, but this reserve was first overstocked with cattle and now with sheep. It's getting severely overgrazed, which is a pity as it has the potential to be a wonderful wildflower meadow, buzzing with insects. 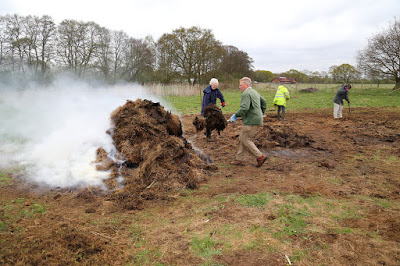 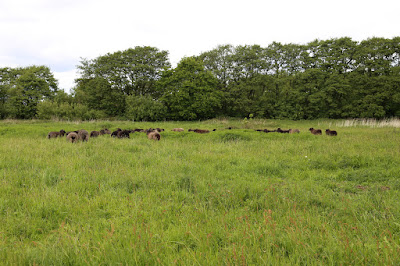 The flock of 42 sheep moved into the same field

Day 10: The 'BW's are a group of YWT volunteers who meet every Wednesday and work on various reserves in the York area. Every year they have a day out, when they visit a different reserve just to have a tour. Today they went to Skerne Wetlands. We were given a talk about the history of the site, then shown the newly flooded ponds and the wet wood area, which I've helped to plant up. We then walked along the eastern side of the river and watched a kingfisher while we had lunch. We saw several varieties of fish in the clear chalk stream, herons, a barn owl, tufted duck, willow warblers and buntings. The group then went to Burton Agnes Hall for tea, which was very civilised. 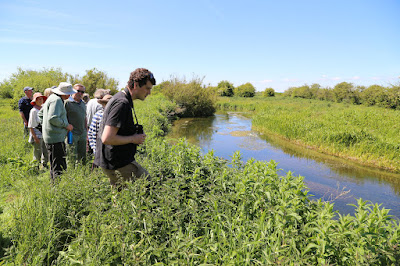 Looking for fish in the chalk stream 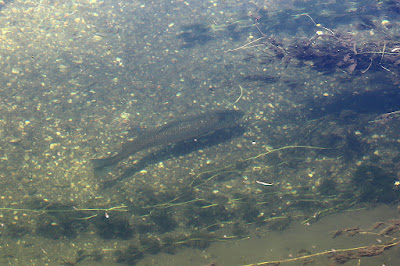 Day 11: Today I went to another work day at North Cave Wetlands. We planted a collection of ferns in two shady corners - one beside the new seating area and the other between the lavatories. The next job was to water the reeds we planted recently and make sure the protective netting was secure. Finally, we walked around the perimeter path, cutting back brambles. There were lots of Common blue butterflies along the paths. 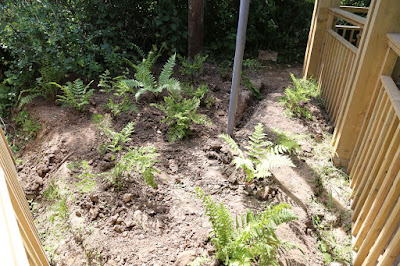 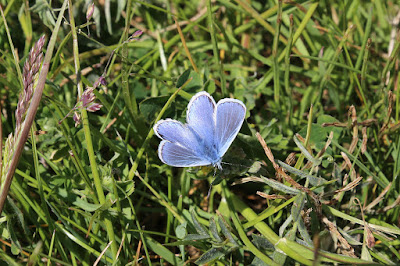 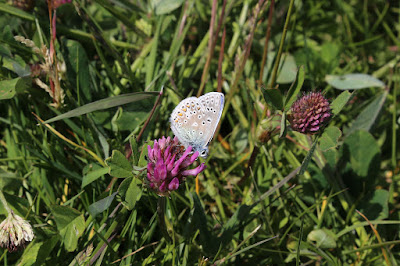 Day 12: Today's volunteer work day was at Snakeholm and Skerne Wetlands. We had 100 Greater water parsnip plants to put in, grown by a local expert. It's a nationally scarce aquatic plant. While waiting for the plants to arrive, we saw a Horsehair worm in one of the ponds. It looks just like a strand of hair about 8" long, but was waving about continuously in still pond water. Naturally, by the time I'd fetched my camera it had disappeared and despite a lot of searching, I couldn't find another one. 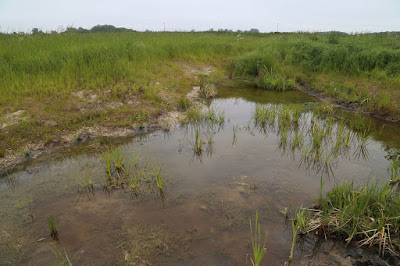 We started planting the water parsnips around the ponds on Snakeholm Pastures, just upstream of Skerne Wetlands, then drove round to the Skerne reserve bridge and put a few plants in each of the ponds on the west side and some along the river bank. Each site was GPS logged and records kept of the vegetation the plants were put amongst. 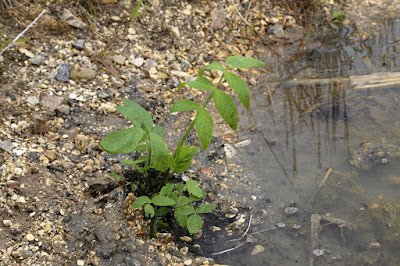 Day 13: After a very wet night and a wet start to the day, it finally brightened up and I was able to get my last batch of 500 tansy plants outside onto the patio, to harden off. I've grown 2000 this year. The first batch of 500, from seed sown in January, are ready to plant out now and the remainder will be ready in a couple of weeks. 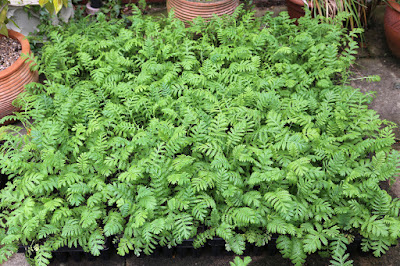 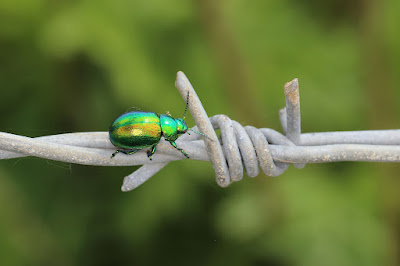 Day 14: The second Sunday of the month is a regular volunteer work day at North Cliffe Wood. The bluebells, which were quite spectacular last month, have now finished flowering completely. Today we completed a new sheep catching pen, which we started building in April. One gate had still to be fitted, together with the fencing which will funnel the sheep into the pen. Two species of cotton-grass are flowering on the heathland, the common cotton-grass and the locally rare hare's-tail cotton-grass. 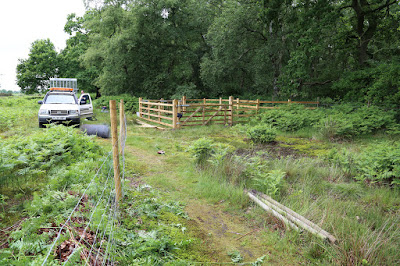 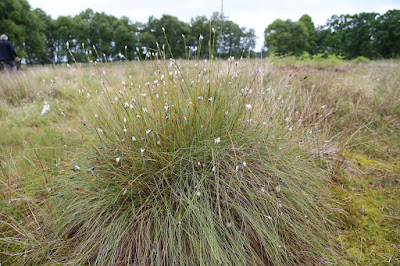