November 12, 2014
At this time of year I usually make a trip over the border into Lincolnshire, to visit the grey seals at Donna Nook. The females come ashore to give birth, starting in October and continuing into January. November seems to be the peak month. The pups are only fed by their mothers for about three weeks, after which the mothers abandon them, mate again and return to the sea. The pups will have trebled their birth weight by then. They’ll stay on the beach alone for a further two or three weeks, while they shed their white downy coats and then head for the sea to find food for themselves. 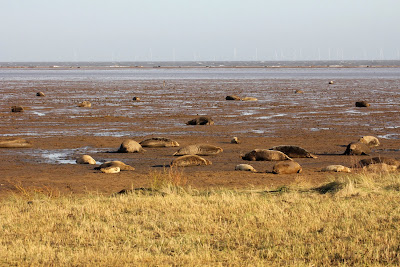 Hundreds of seals come to Donna Nook in the breeding season 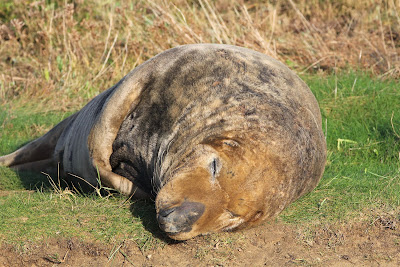 A sleeping seal is the essence of relaxation 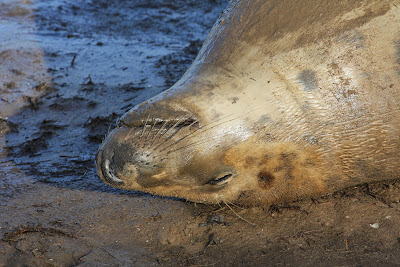 Another seal having a snooze 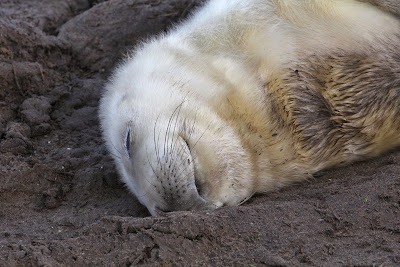 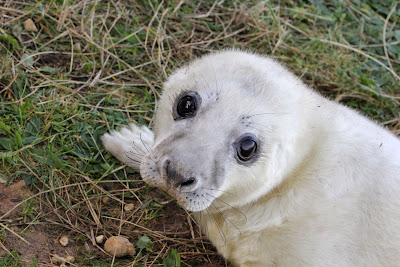 The white coat is shed before it goes to sea 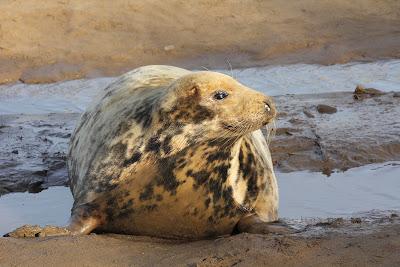 Grey seals come in a range of colours, none of them grey!

Yesterday, for the first time in the eight years I’ve been visiting Donna Nook, I saw a seal give birth. The expectant mother was looking very bloated and was clearly in some discomfort. After about 20 minutes the pup started to emerge. It was all over within a few seconds. Mother and pup caught their breath for a couple of minutes, then the mother approached the pup to nuzzle and bond with it, before heading to the nearest pool to relax. The pup was still finding its feet, literally. Before long, it would be making the plaintive ‘muum’ call which can be heard around the colony, summoning its mother for a feed. 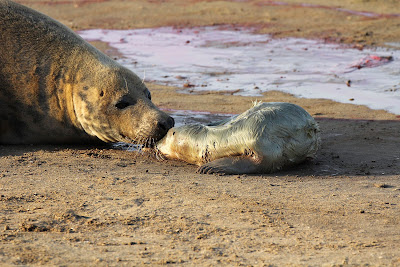 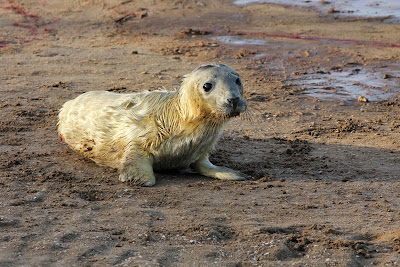 Hello World! The pup is ready to face the challenges of life 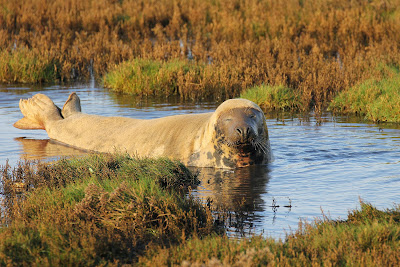 The new mother takes a bath

When I first went to Donna Nook, I walked out across the mud flats to a sandbank about half a mile off-shore. It’s here that many of the seals congregate to mate after leaving their pups. Many of the younger, non-breeding seals were out here too. Sadly, despite the arduous trek out to this sandbank, it became too popular with photographers and the seals were getting disturbed. It is now off-limits.