October 20, 2014
At the far side of the field behind my house there is a rabbit warren. They’ve had a good summer and the number of rabbits has increased dramatically over the last few months. The other day I looked out of my bedroom window and saw a line of rooks along the fence beside the warren, which was unusual. Then I noticed the reason for their interest – there was a stoat about. It started rushing around and leaping into the air – behaviour I’ve never seen before. Apparently the rabbits are so intrigued by the antics that they ignore the danger, until it’s too late. 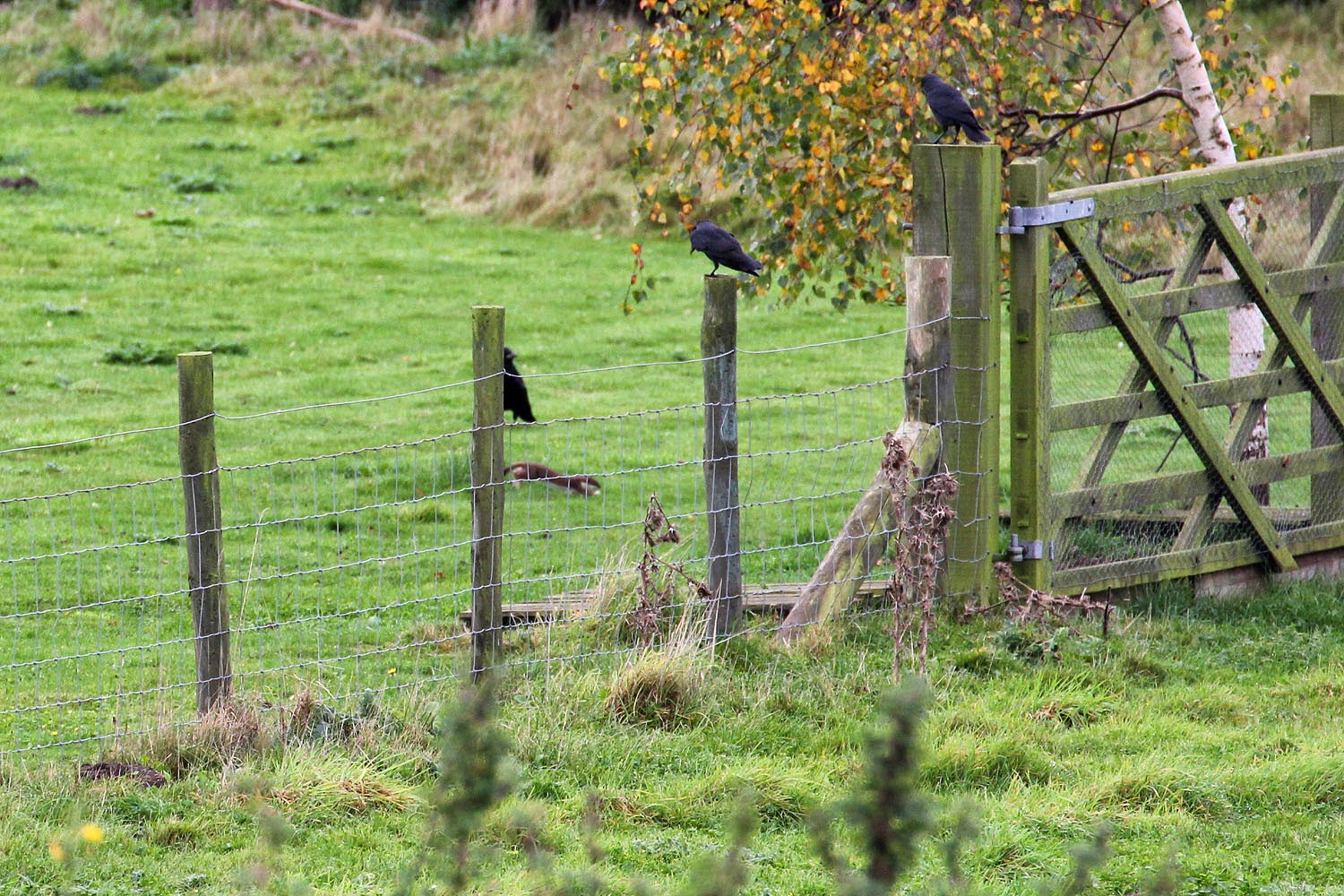 The rabbits stood around watching in amazement, so it seemed to be working, but I never actually saw the kill. A few minutes later, when the stoat had gone, a kestrel arrived and perched on the fence, obviously wanting a piece of the action. I think the rooks and kestrel all left disappointed – the stoat wasn’t sharing. 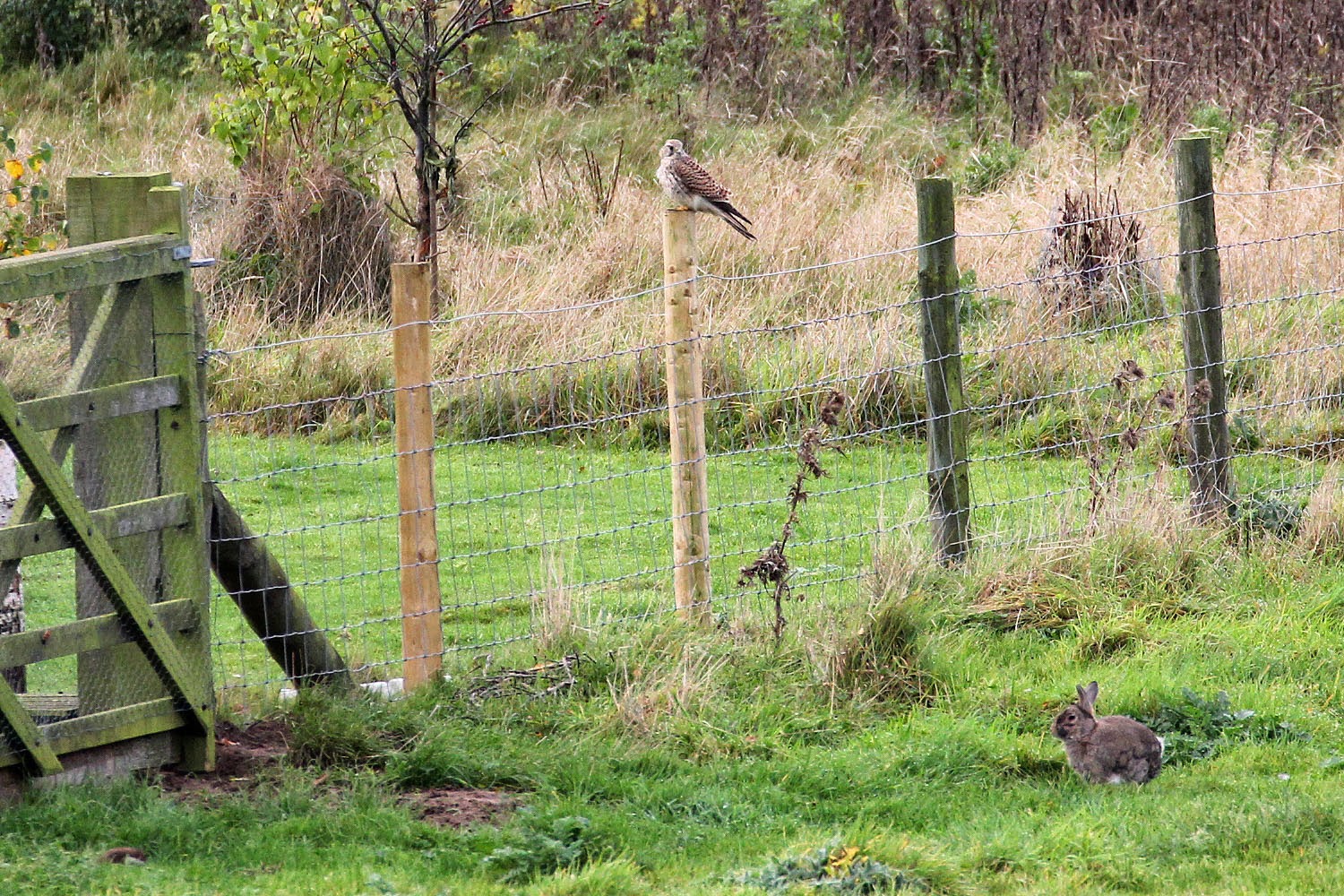 A kestrel turns up