Beach Cleaning with the SAS

October 18, 2014
Yesterday I went to a beach clean at Spurn Point, organised jointly by Yorkshire Wildlife Trust and Surfers Against Sewage. I got there early, so as to have time for a wander around before the beach clean started. We’ve had easterly winds recently, bringing in lots of migrant birds. Passing Kilnsea Wetlands, I saw a group of twitchers with telescopes all lined up, so there had to be some rarity around. I tagged along and discovered it was an Isabelline shrike. It was on a bush about 500 yards away, and I’m afraid it was indistinguishable from a sparrow at that range. 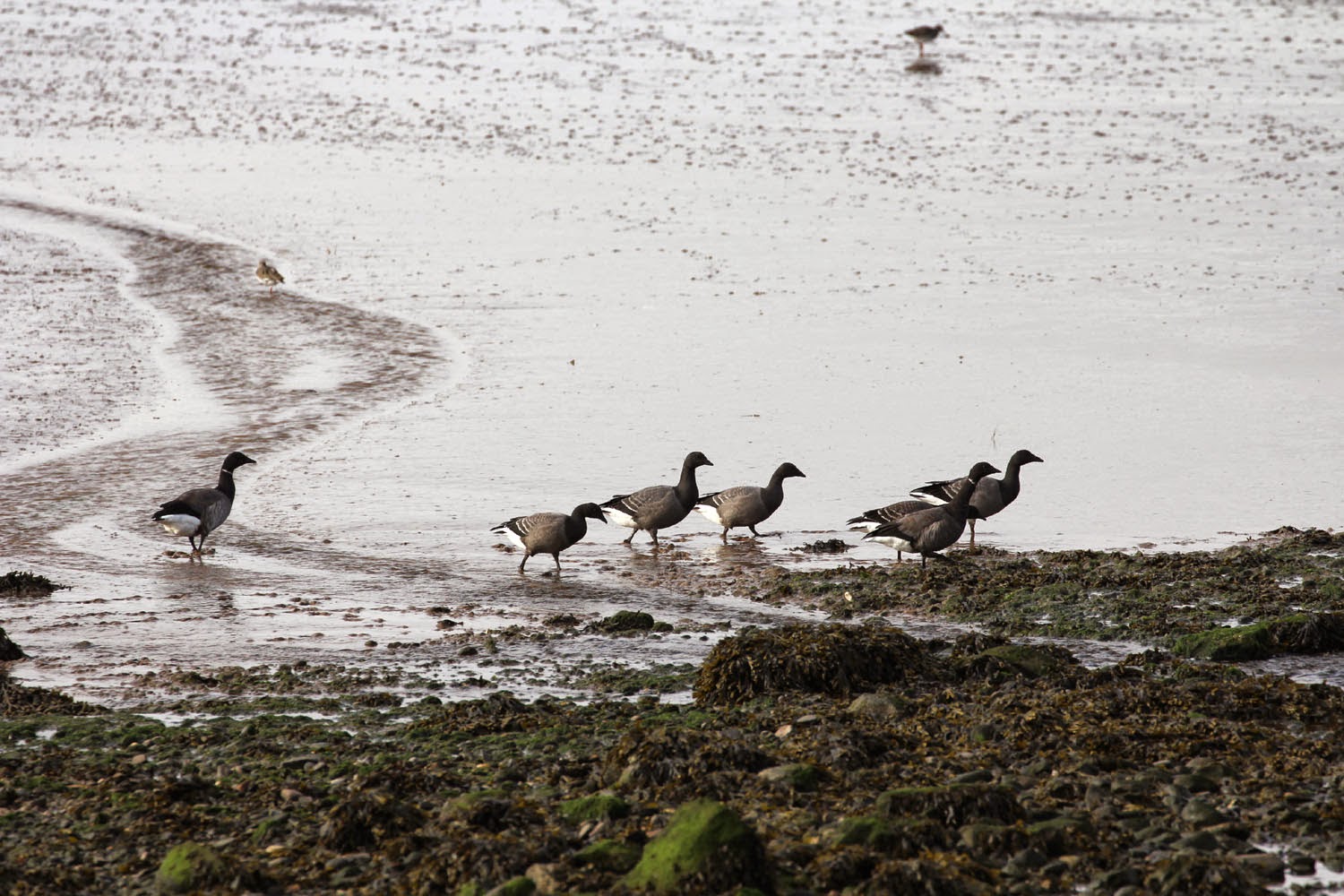 A gaggle of Brent geese on the mud-flats 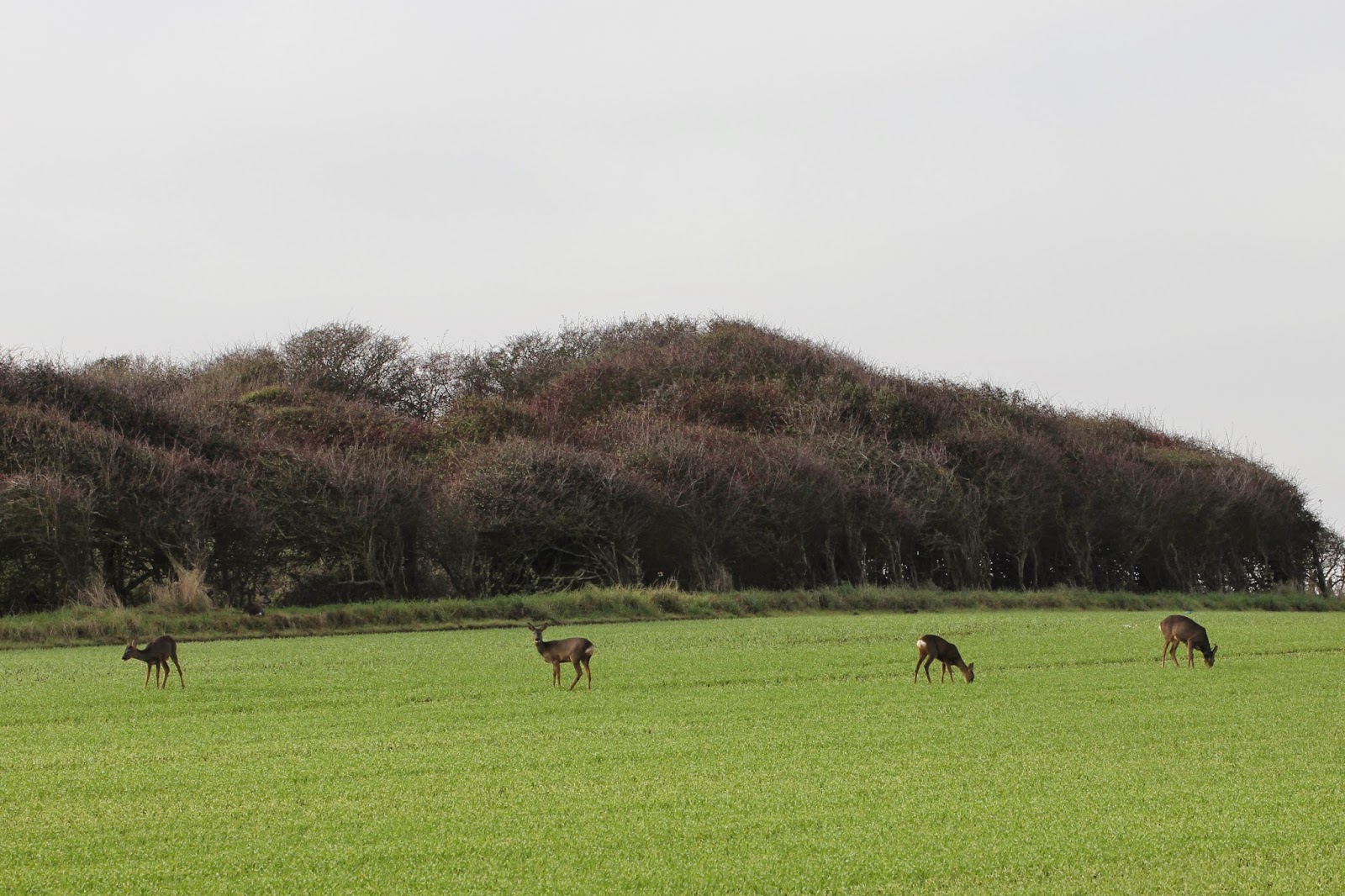 I left them to it, watched the more common waders and Brent geese on the mudflats for a while, and then walked around to the Beacon lagoons. In the field alongside, there were four roe deer, casually grazing on a new crop of winter wheat. I returned to the car park for my sandwiches, then went to the visitor centre which was the meeting point for the beach clean. First find of the day - a clutch of pink balloons 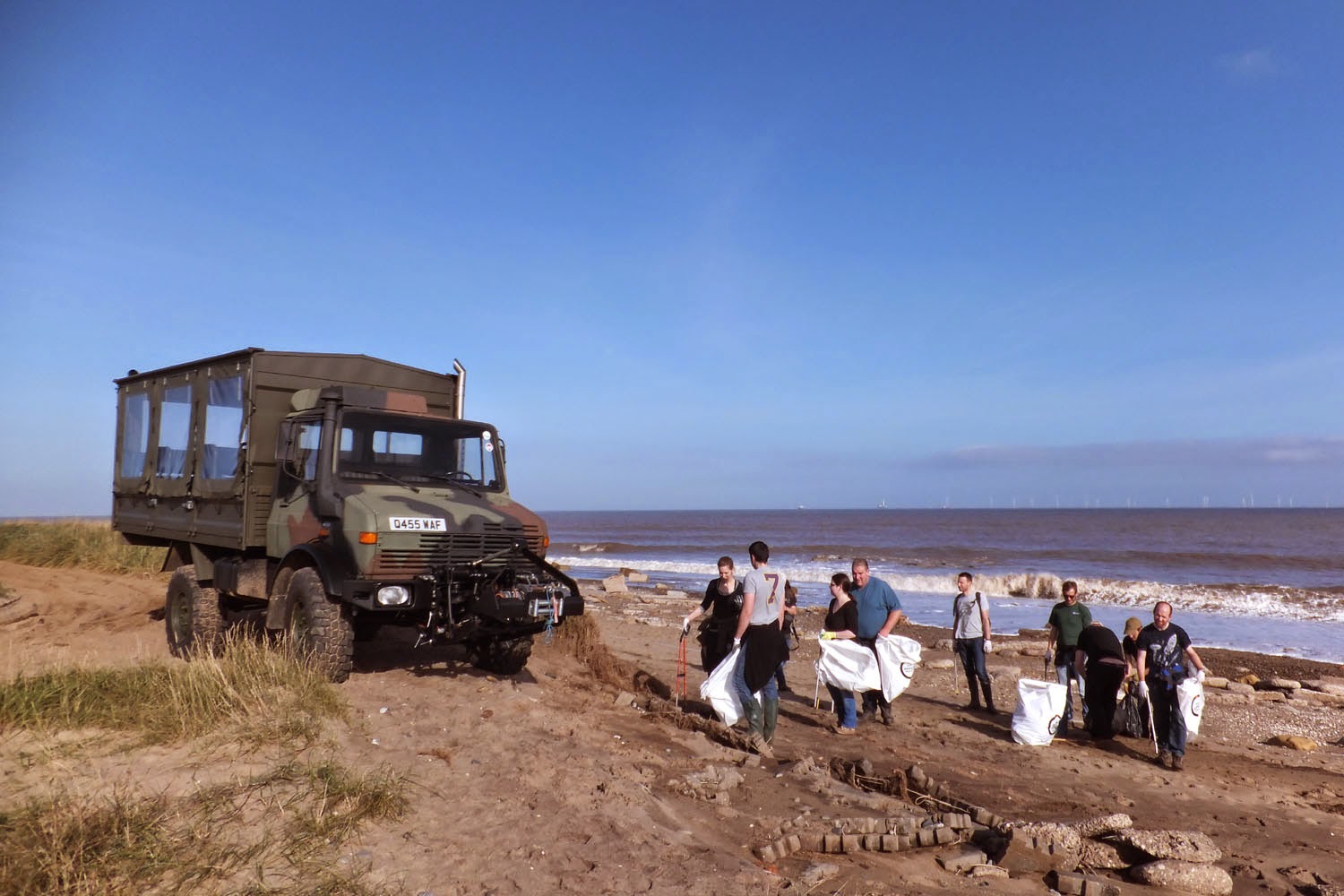 We cleaned the beach near the observatory, then boarded the Unimog and drove down to the end of the Spurn peninsular. The beach there was worse, with a line of fishing litter along the strandline and masses of plastic bottles in the dunes behind. We brought back a full load in the Unimog and left another load to be collected later. 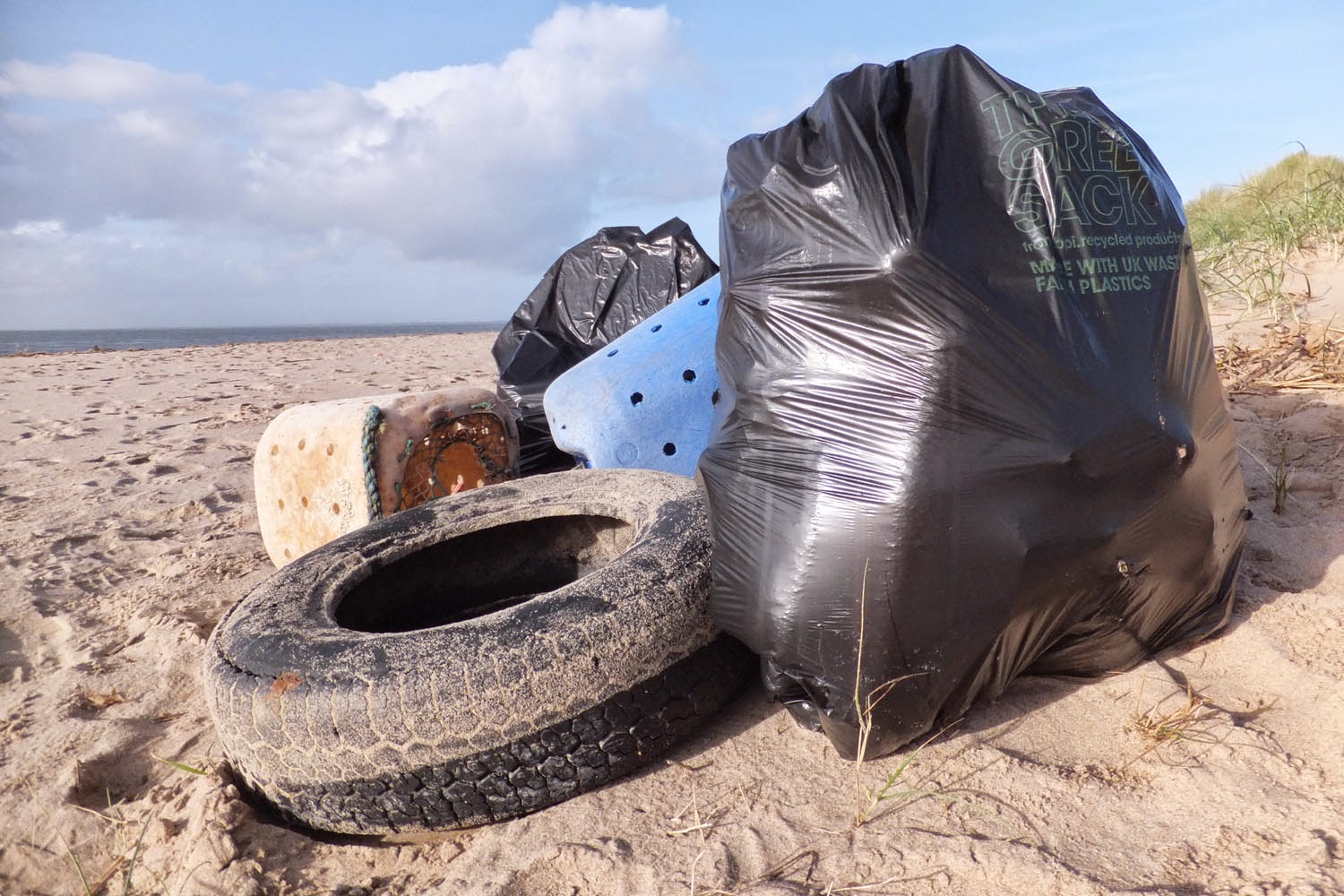 One of many small piles of rubbish ready for loading 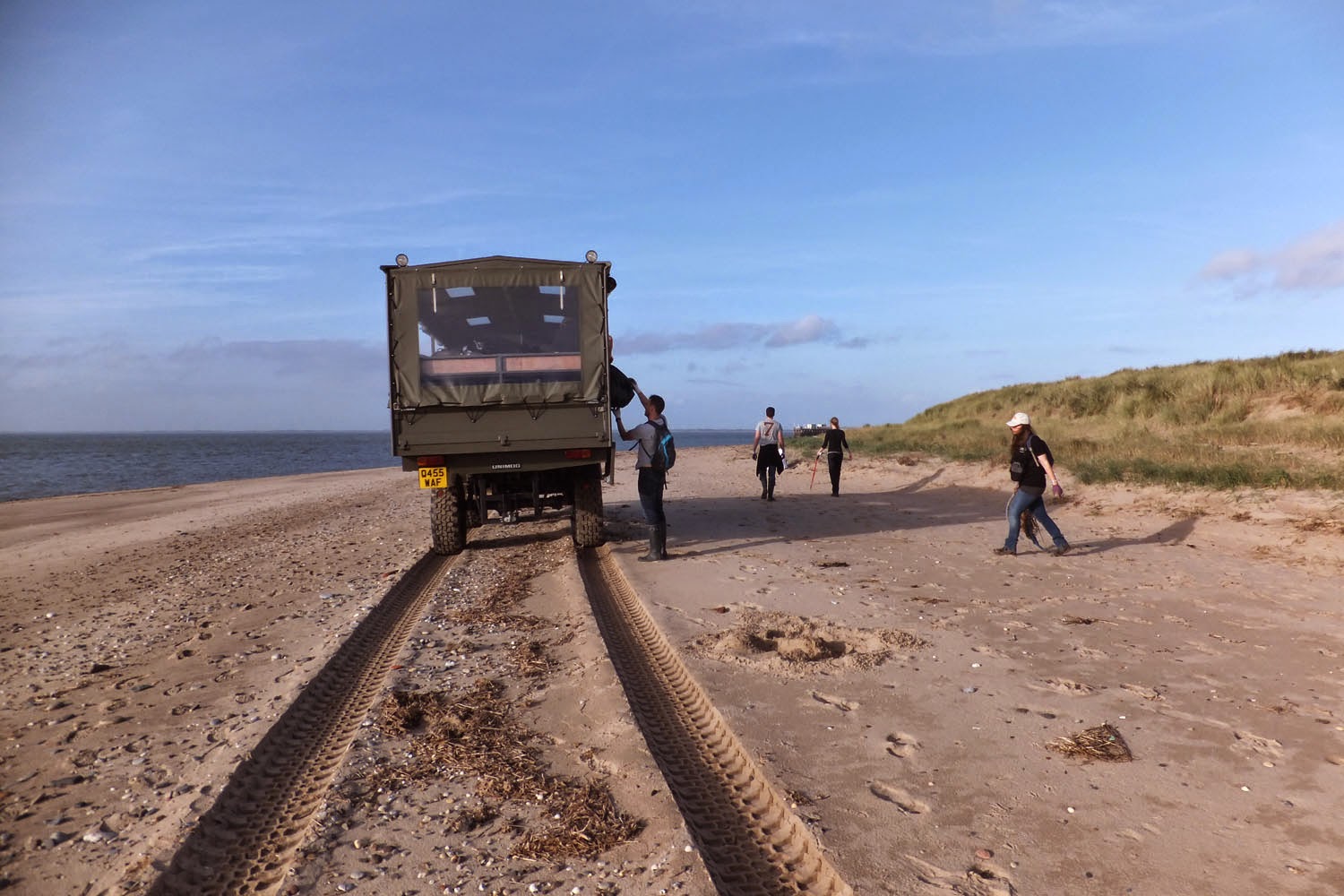 There was a tiny goldcrest in the car park which came within a few feet of me. It was probably too exhausted to fly off. It’s quite amazing that such a tiny bird can migrate across the North Sea from Scandinavia. An adult weighs just six and a half grams. 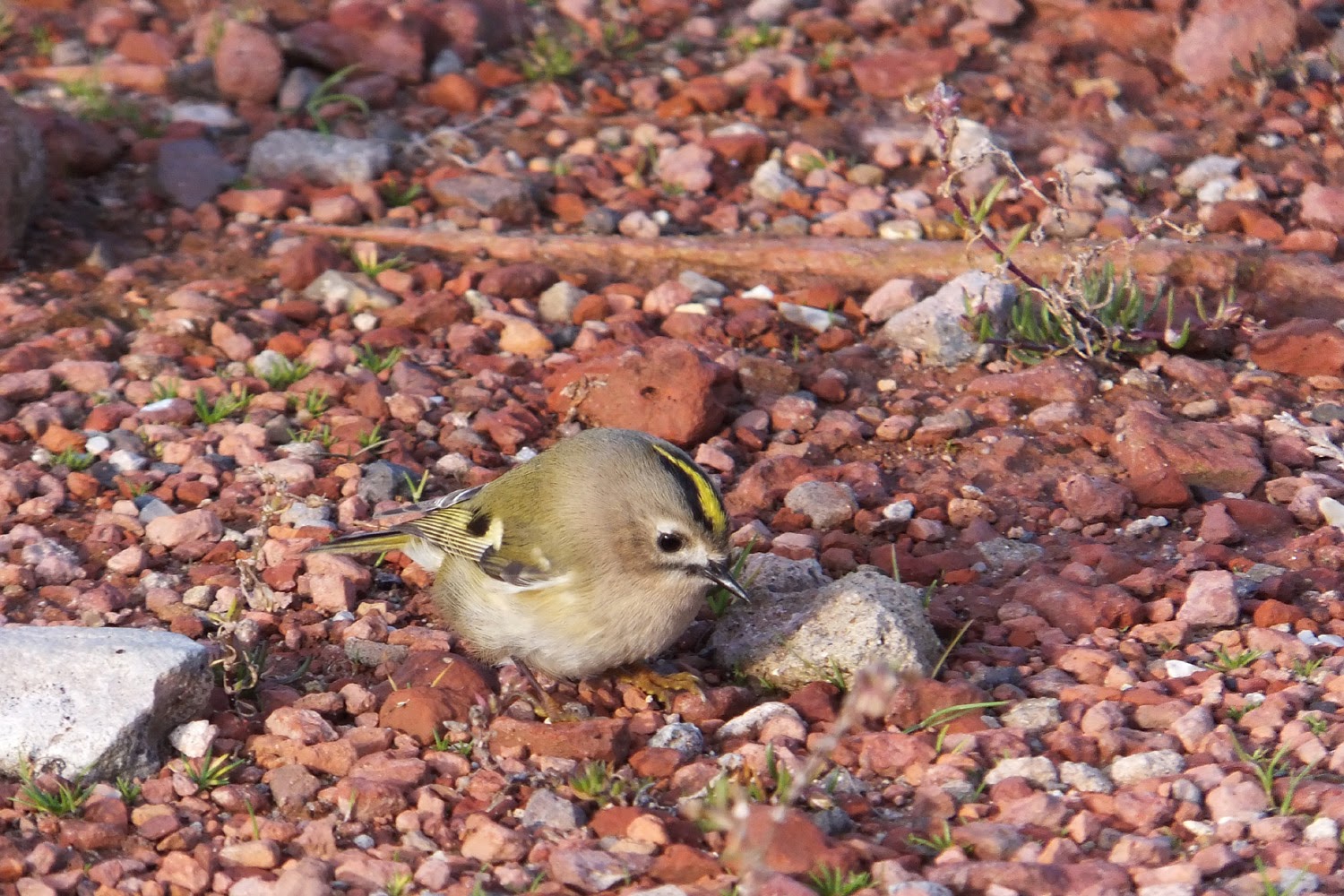 Goldcrest in the car park