September 11, 2014
At the beginning of the year, when I started this blog, I compiled a ‘to do’ list for the year. It was mainly a list of species that I hoped to see and photograph, but one of the items for August was a wild swim. August was cold and wet, so it didn’t happen, but with improved weather from the start of September, I decided that it had to be done. 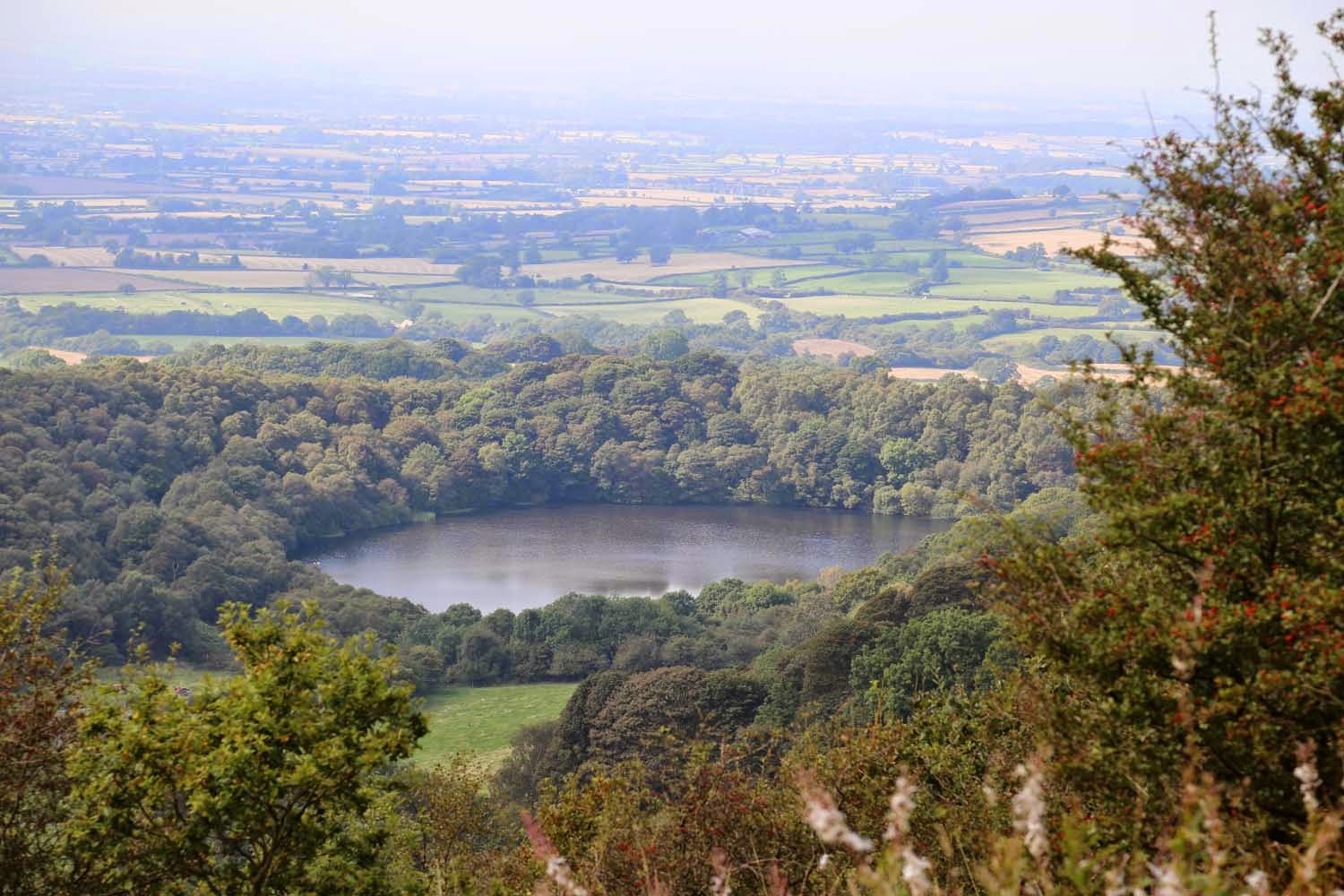 After a bit of research, I chose Gormire Lake near Thirsk as the best spot. It looks like a volcanic crater, but was actually created by glacial activity. During the last ice age a massive glacier carved out the Plain of York, leaving the North York Moors to the east. The lake is just below the escarpment, with Whitestone Cliff towering 150 metres above it.

As the morning mist clears, clouds remain above the cliff edge, leaving Gormire Lake and its surroundings in their shadow. This may account for the lush vegetation. Ancient woodland surrounds the lake, part of which is the YWT nature reserve of Garbutt Wood. In the damp areas around the edge of the lake, mosses, ferns and fungi thrive. 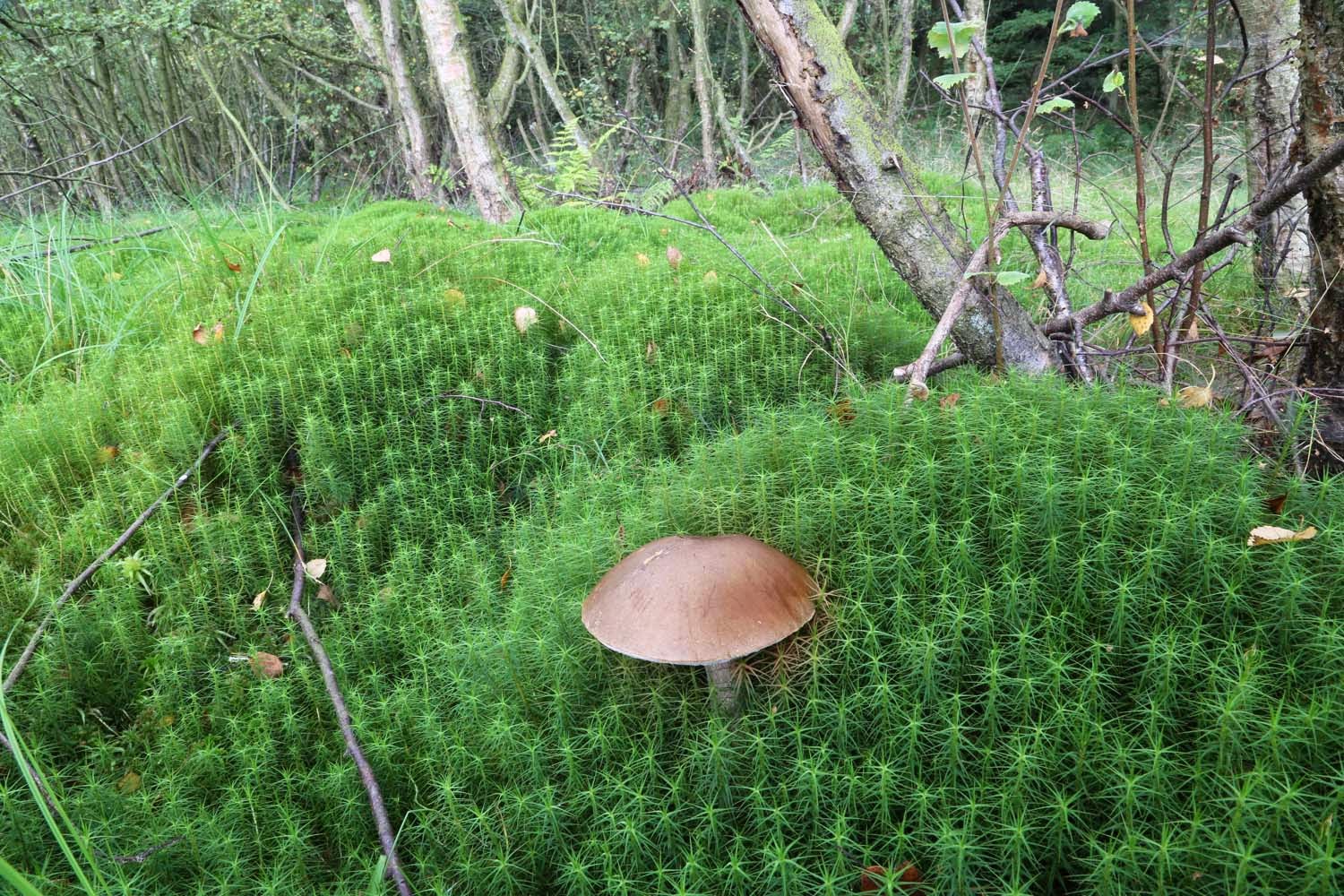 Fungus in a carpet of moss 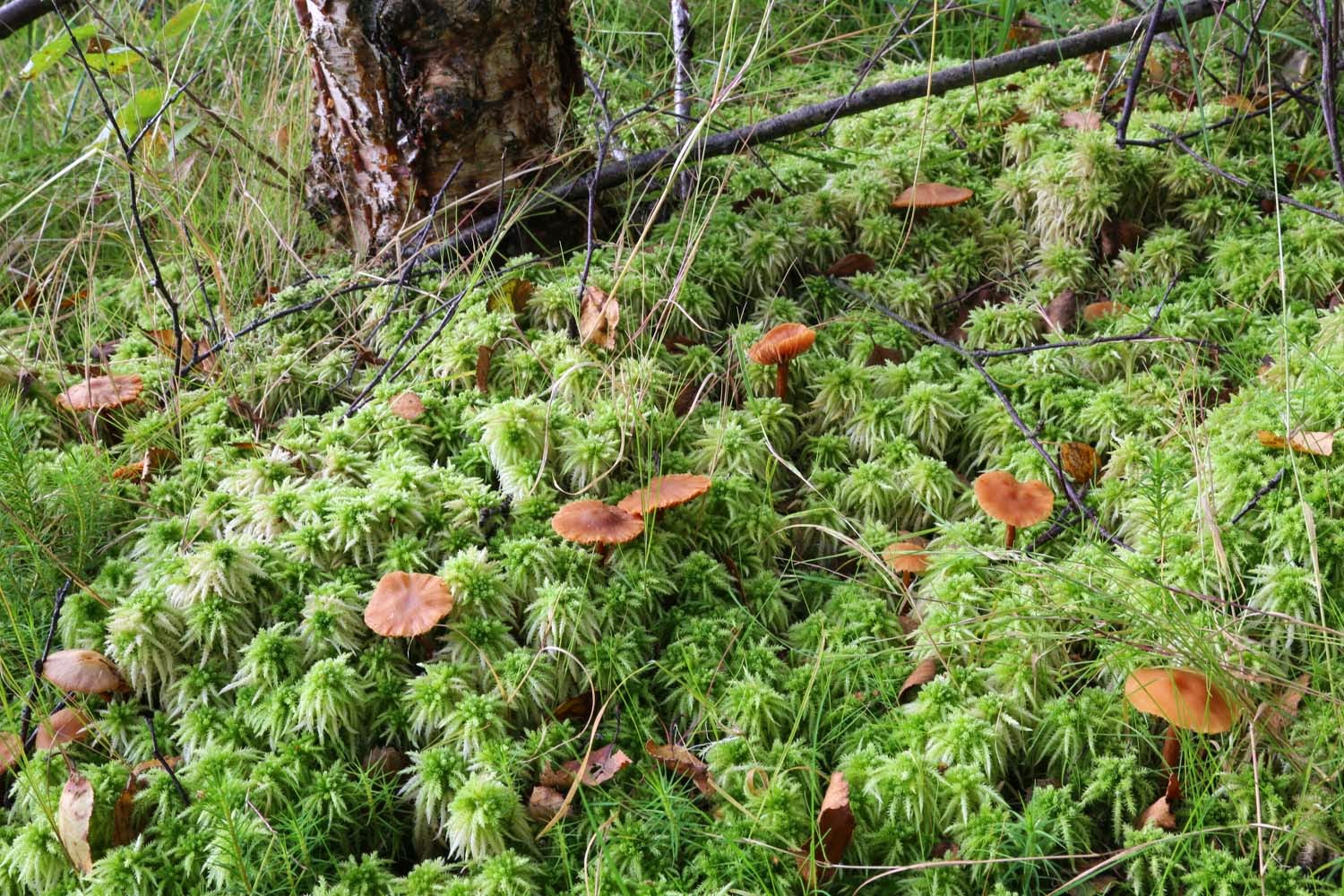 Another moss, another fungus

I found a spot where the perimeter path is some way back from the lake edge, so I would not be disturbed by dog-walkers. The mossy ground felt nice under bare feet and once in the water it didn’t feel cold at all. I tried some snorkelling, but visibility was so poor there was nothing to be seen under the water. Even in the middle, it was never more than four feet deep, with a soft peaty floor beneath the tea coloured water. 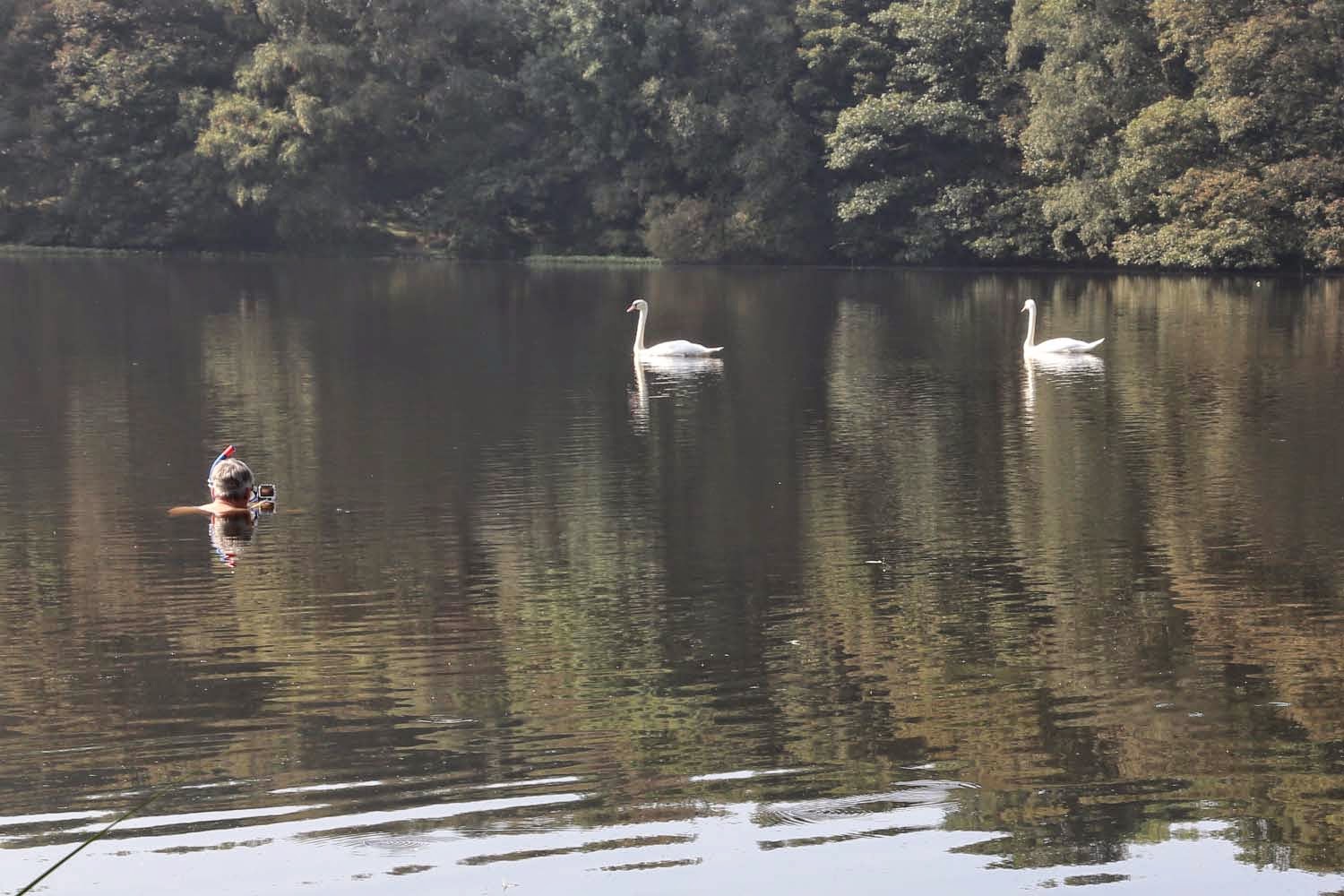 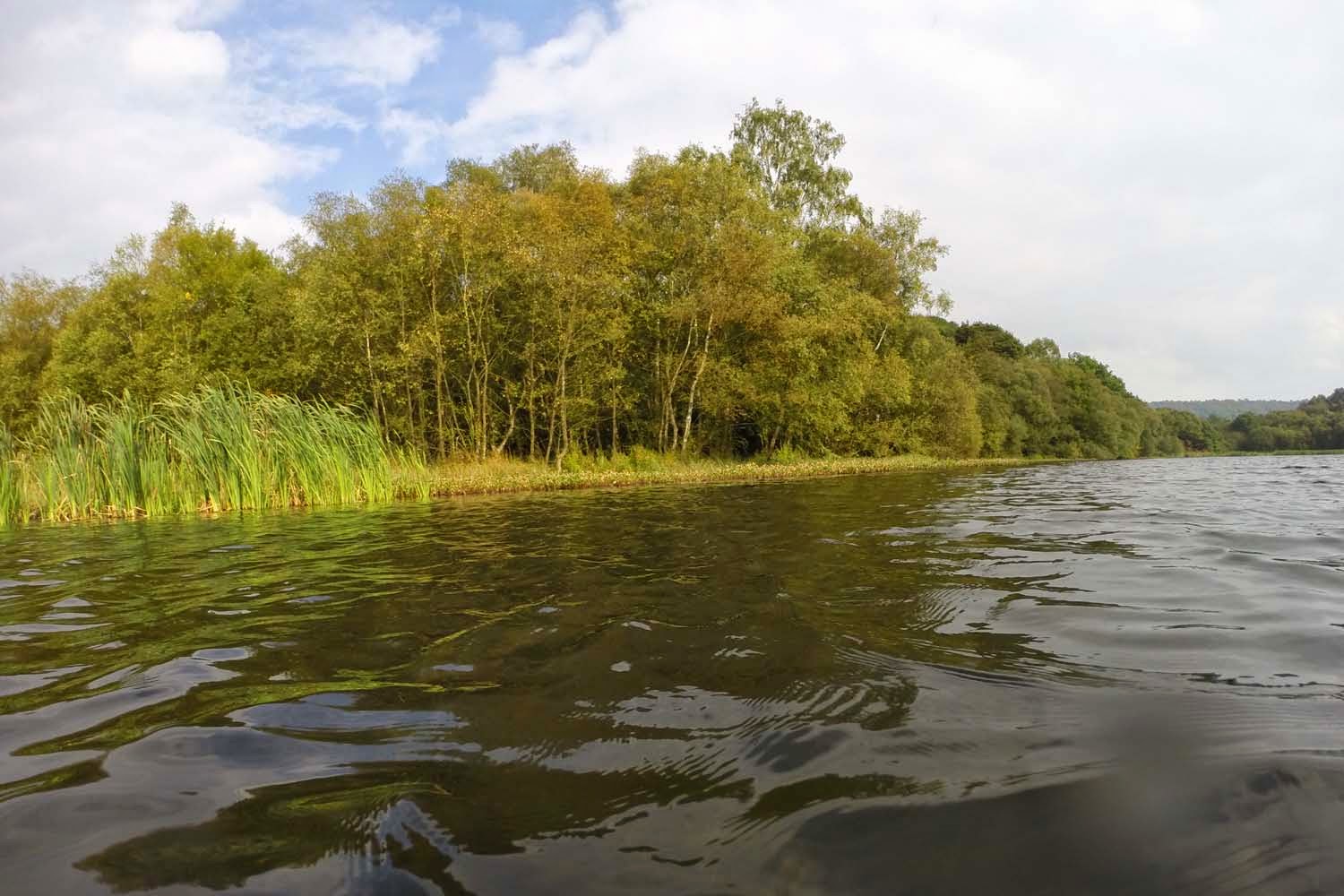 A different view of the lake

A pair of swans came over to investigate, but after some squawks of indignation they decided I could be ignored. A flock of Canada geese were cruising around, but they ignored me too. It was lovely to see this beautiful lake from a different perspective.