October 31, 2015
I had some tansy plants left over, which have occupied my patio all summer, so I decided it was time to get them planted out. In August, I planted 600 on some 'waste ground' at Acomb Landing (in York), which had been covered with Himalayan balsam, but is potentially excellent tansy beetle habitat. So this week I've cleared some more ground and planted out the last 500 of the plants I'd grown over the summer. On Wednesday heavy rain was forecast, so it was a race against time to get the last plants in before the deluge started. At least they got watered in well. 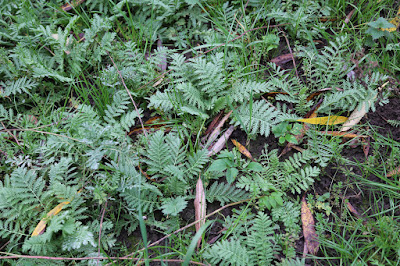 New growth on the August crop 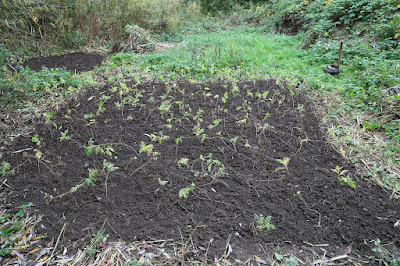 One new clump planted and ground prepared for the second

On Thursday I went to a Yorkshire Wildlife Trust task day at North Cave Wetlands. I hadn't been there since June and of course things were looking very different. Huge flocks of geese are arriving for the winter. We cut back the willows growing along the banks of one of the lakes and used the cut whips to build a rustic fence at the other end of the reserve. 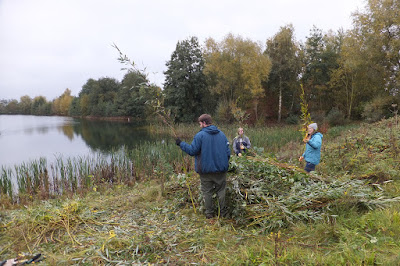 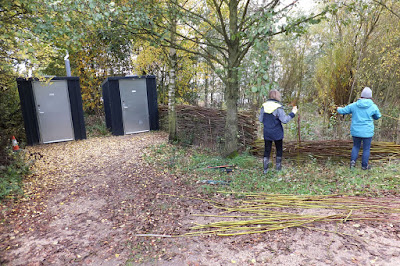 The new fence next to the composting toilets 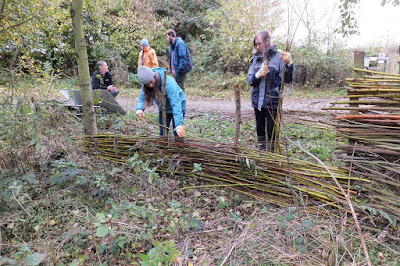 It takes a lot of willow to make a fence panel 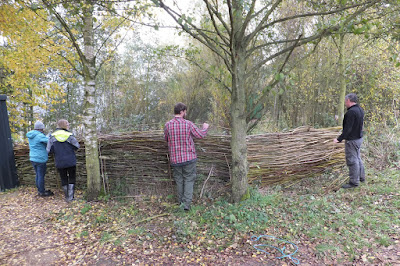 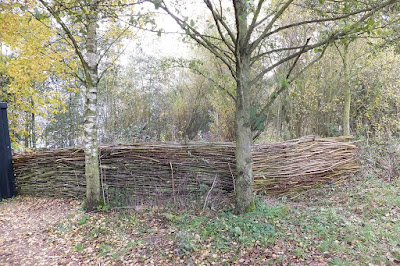 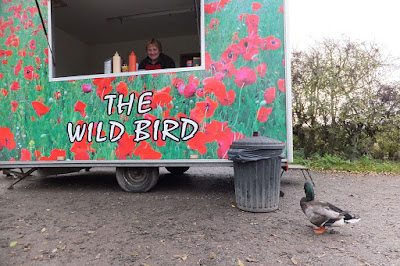 Ducks know where to get the best food