May 12, 2015
This is the third year I’ve grown tansy plants, to help conservation of the endangered tansy beetle which lives along the banks of the River Ouse around York. So far, I’ve pricked out 1500 seedlings into plug plant trays and have another 500 to do. This is the tedious part of the job, but it’s great to see them growing and I’ll be pleased when they’re big enough, and the weather warm enough, for me to put them outside to harden off. By July I should have them ready to plant out along the river bank. The Tansy Beetle Action Group (TBAG) coordinate tansy beetle conservation, so I let them decide where the plants will go. Three sites have been identified already - there's a big demand for them this year. 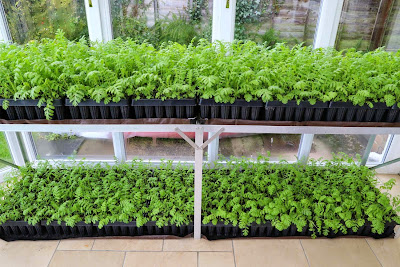 Trays of tansy plants in my conservatory

The main tansy beetle surveys are carried out in late summer, when the new generation of beetles emerge from their pupae. For the strip of river bank that I survey, I’m doing a spring beetle count this year as well. I carried out a recce a few weeks ago and found 30 beetles which had successfully overwintered. Yesterday I went back and found 84 beetles in the same area. 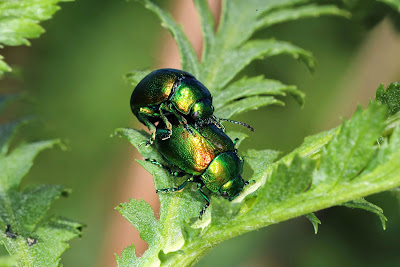