May 25, 2015
Yesterday afternoon, I checked the new nest boxes on Allerthorpe Common again, with the BTO bird ringer who is also a member of the reserve’s volunteer group. Now all five of the boxes with 28mm holes are in use. One has a nest just a quarter built, two have blue tit eggs that are still being incubated and two have blue tit chicks. One brood of eight chicks were very small – their eyes had only just opened – while the other brood of ten were bigger and had their primary feathers appearing. They were large enough to be ringed. 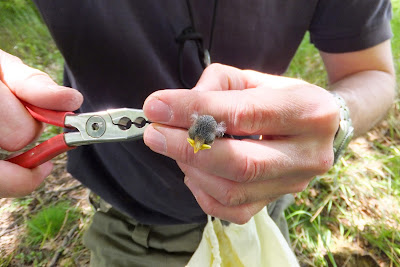 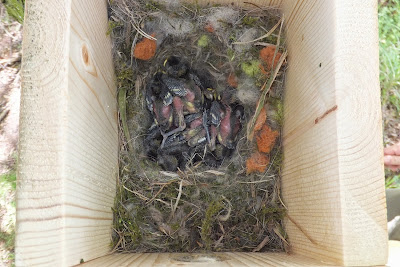 Ten chicks returned to the box

In both boxes with eggs, the adult female was sitting, so we were able to remove them for ringing, then ‘post’ them back into their boxes. They both appeared to settle back on their eggs immediately. We recorded every detail of the progress of each nest. All the information gathered will be entered into the BTO's Nest Record Scheme. 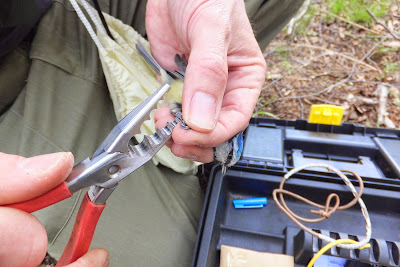 Adult blue tit getting its ring

The box in my garden also has chicks in it, though they're not doing so well. Two days ago there were three chicks and today there are only two. There are very few insects around as it's been so cold recently, so they may be having a struggle to feed them. 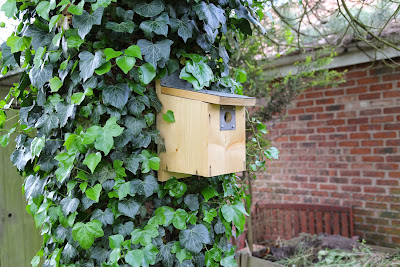 The box in my garden 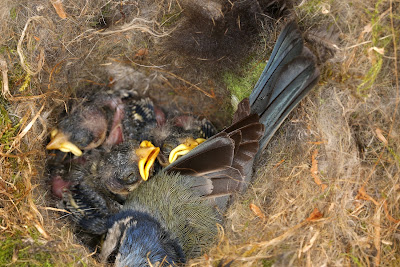 Three chicks with an adult... 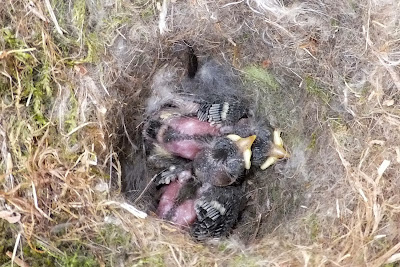