July 15, 2014
The badger cubs are still doing well and growing up fast. They’re not quite as careless as they were a few weeks ago – no longer wandering about in the open at 6:30pm! They emerge more cautiously now, with the first of them out at about 8:30. I think the same one always comes to the peanuts first, others gradually turn up later and there’s a little one that only appears when the food is all finished! 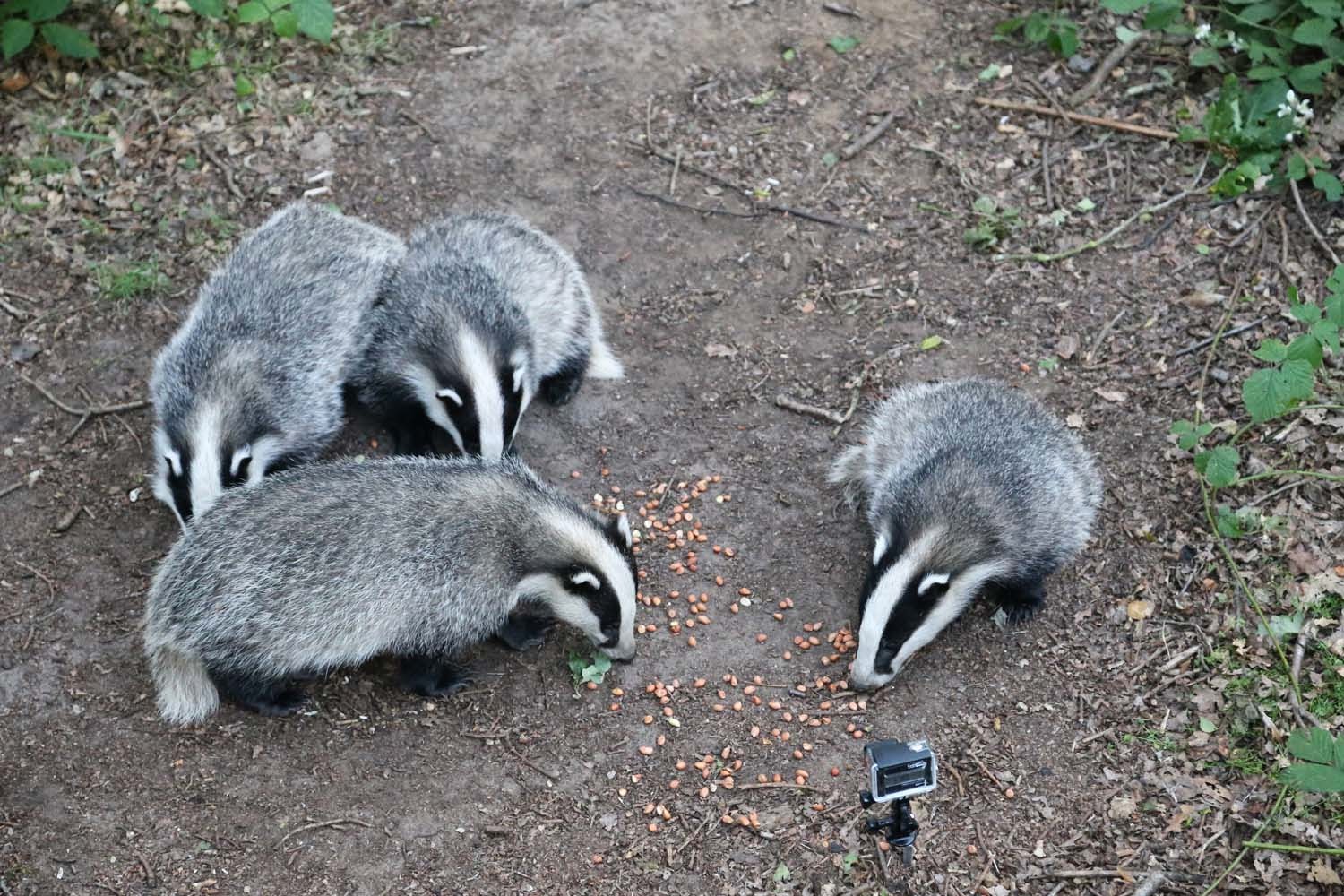 Some evenings only a couple of them will take peanuts and the others head straight off to the fields to find worms, or rummage amongst the brambles, often travelling in a convoy tunnelling through the thick undergrowth. The opportunity to film them in daylight won’t last long, so I’ve been trying out a miniature camera, to get some shots from a different perspective.


Camera on a tent peg