February 12, 2014
I’ve been camera trapping an otter at an old fish farm and getting some rather blurry photos. In an effort to get better picture quality, I’ve been trying out an active infrared trail monitor, connected to my old EOS 350D SLR camera. It’s rather more difficult to set up than the passive infrared camera traps, but it’s triggering is more precise. I’d planned to leave it for a few more days, but today the weather forecast was dreadful, with high winds and heavy rain expected, so I thought I’d better play safe and retrieve my camera. It was monitoring a track connecting a pond to the river, which I’ve already discovered is regularly used by the otter. Sure enough, the otter has been along and taken some photos. The results aren’t perfect, but an improvement on the infrared pictures I had of it before. It’s good to see that the otter is not disturbed by flash, unlike the badgers I try to photograph, which clearly don’t like it. 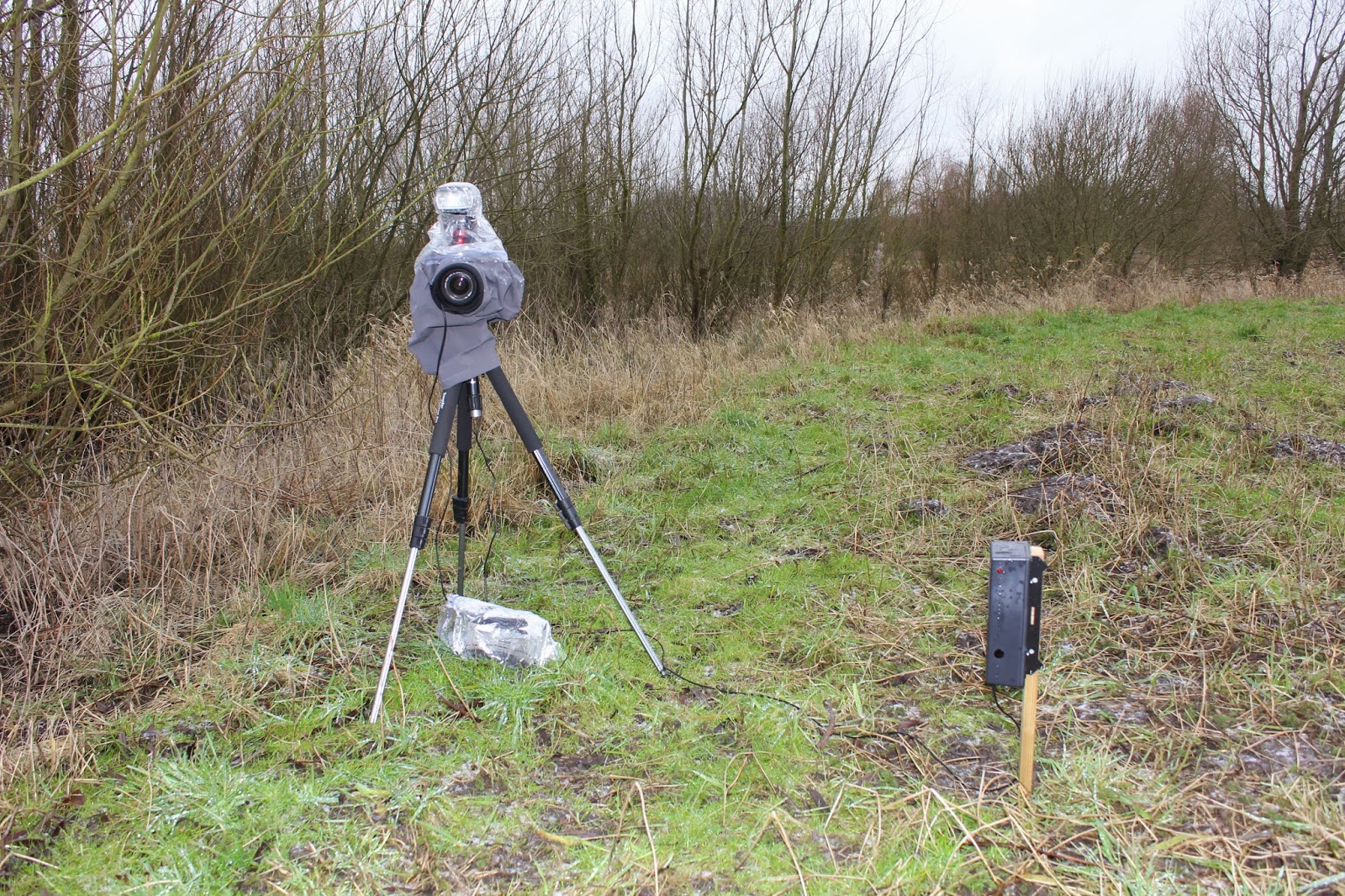 The camera (well wrapped up) and IR receiver 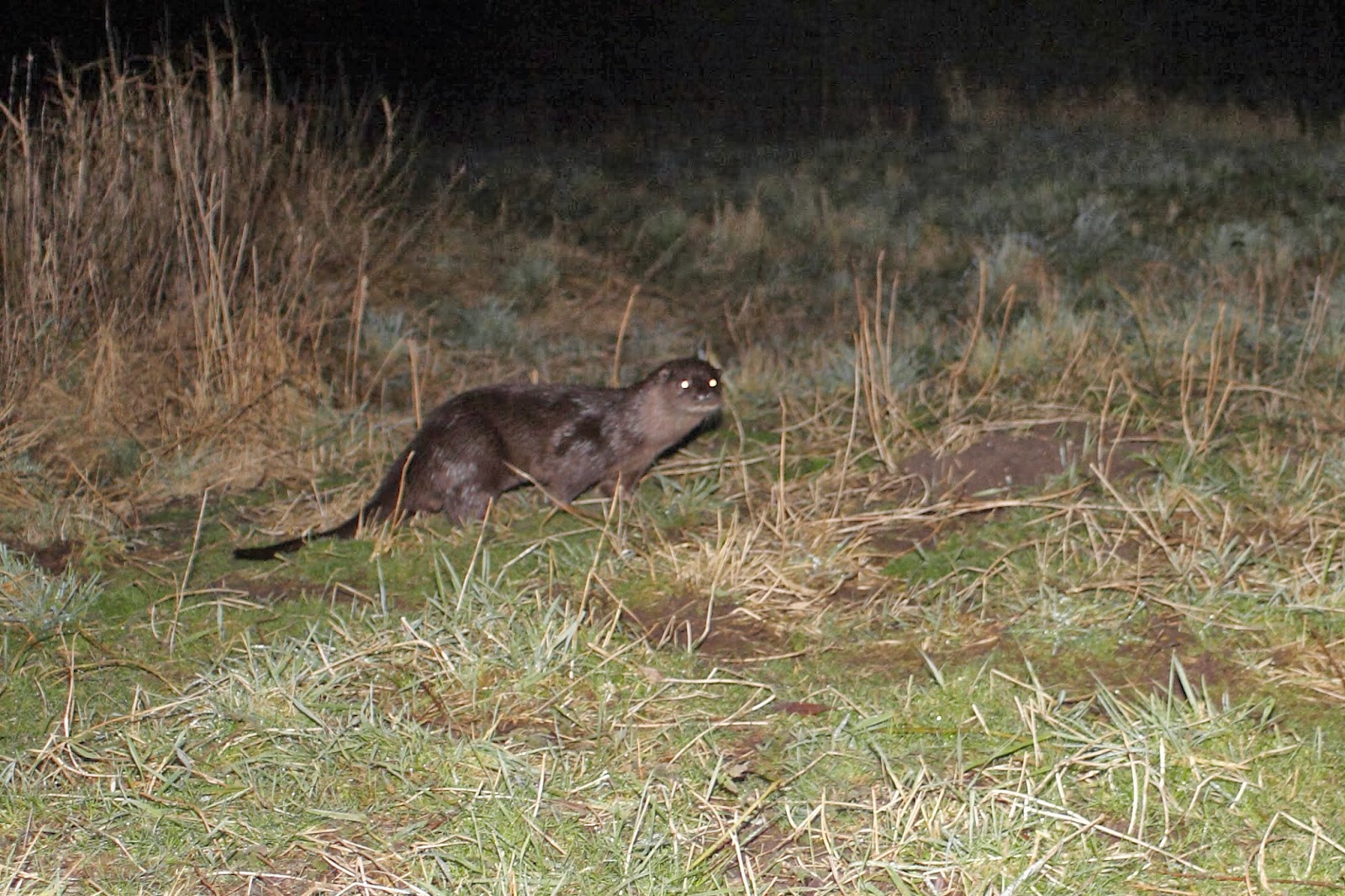 Otter going out for the night