November 21, 2015
I set up a camera trap in Badger Wood last week and put out some peanuts and sultanas. As I expected, the badgers were quick to take the bait. They are fattening up for the winter and will readily take an easy meal like this. What I hadn't expected was that a pair would start mating, right in front of the camera trap. After a few minutes a third badger appeared and sat alongside the mating couple for a while. Eventually she tried to join in the action! 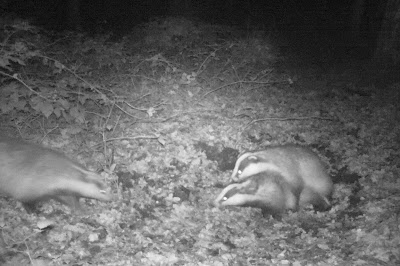 The camera trap recorded their behaviour over a period of 20 minutes. Badgers usually mate in the spring, but can mate at any time of year. Their gestation period is only seven weeks, but thanks to delayed implantation the cubs are always born around February.


On Monday, I moved the camera trap to the riverbank where I'd previously filmed an otter. The otters have not been around for over a year, but signs of their presence have reappeared in the last few weeks. 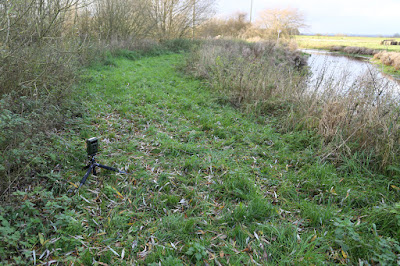 Camera trap on the riverbank

After three nights of wet and windy weather, I collected the camera and found over 900 pictures on it, mostly of moving leaves. However, in the early hours of Wednesday morning, an otter came over the river bank, ran past the camera and down into a pond, just as I'd hoped it would. 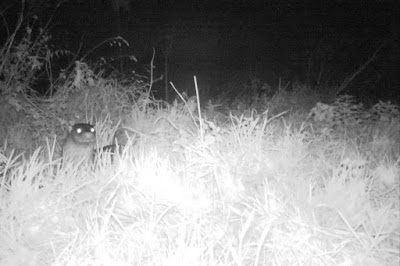