July 03, 2015
Today I've been to a volunteer work day in an area of fen meadow beside the River Ouse, just to the south of York. Much of this habitat has been lost due to drainage of the land for farming, but the threat to this patch is from Himalayan balsam, which is damaging so much of the floodplain meadows. There is a lot of tansy here and a good population of the endangered tansy beetle, which makes eradication of the balsam particularly important. 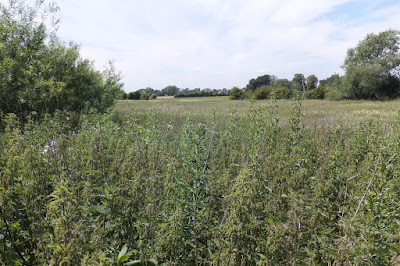 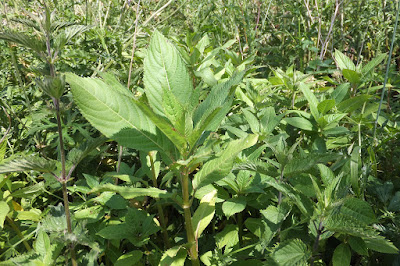 It was a warm day, so we found a shady area for our lunch break, beside the track along the river bank. The sparkle of a tansy beetle caught my eye, on a clump of tansy on the other side of the track. When we had a closer look, there were tansy beetle larvae on the plants too. 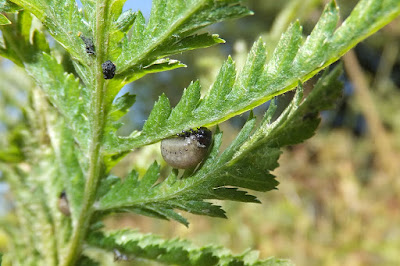 This was the first of a series of work days as part of the Yorkshire Wildlife Trust's "Re-flowering the floodplains" project. There will be more balsam pulling to do, as well as wild-flower planting days. Five hundred of my home grown tansy plants will be planted out in September. Contact YWT if you'd like to get involved.