August 08, 2014
Yesterday I carried out my part in the annual survey of the distribution of Tansy beetles and tansy plants along the River Ouse. This is the fourth year that I’ve surveyed this stretch, to the south of York. When I started I was a little disappointed to hear that no Tansy beetle had ever been seen here, but last year I found one beetle. I came back in the spring and found seven, so had high hopes of finding more this time. I took a friend who does the stretch to the north of mine. She walks south and I head north, so we meet up in the middle. 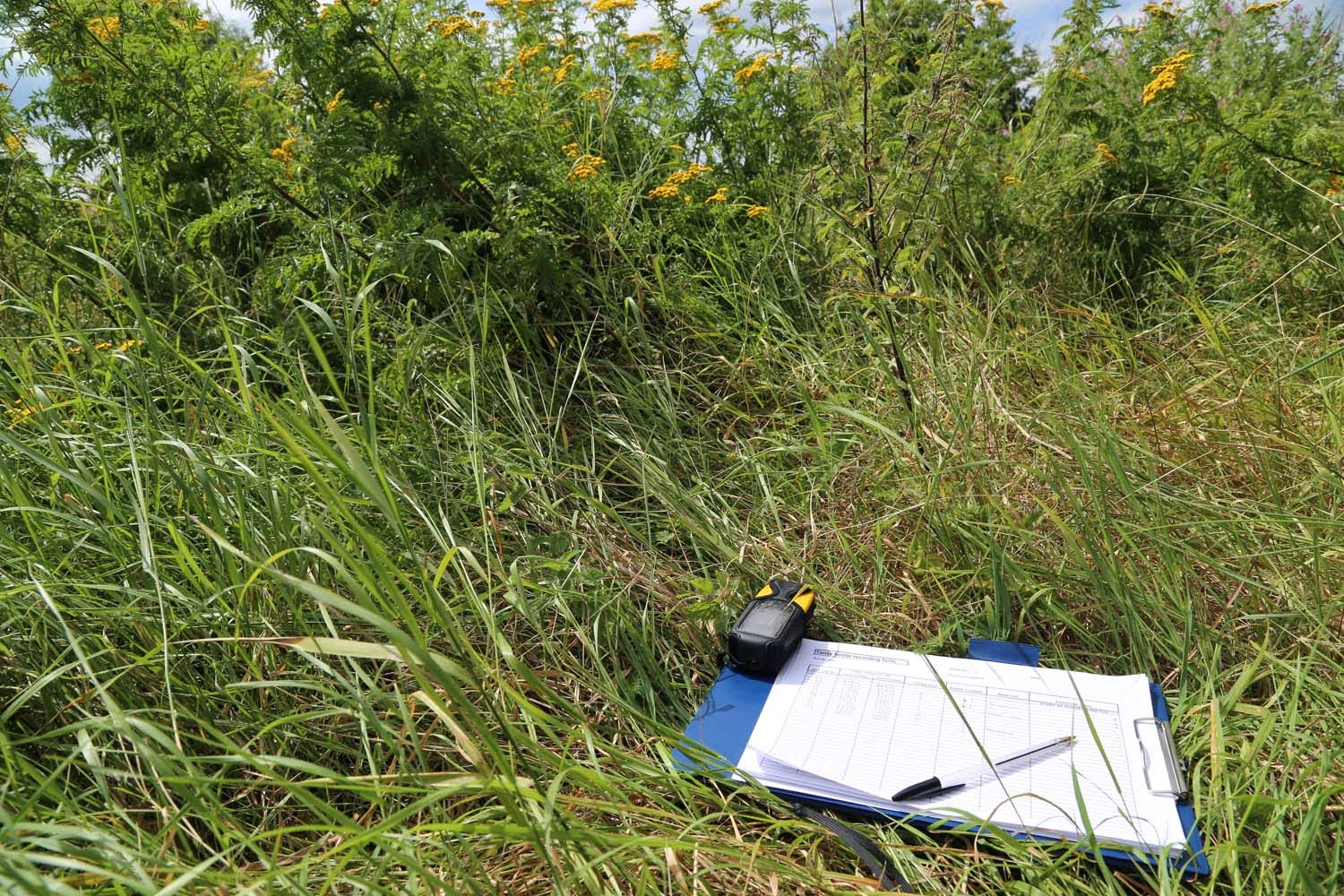 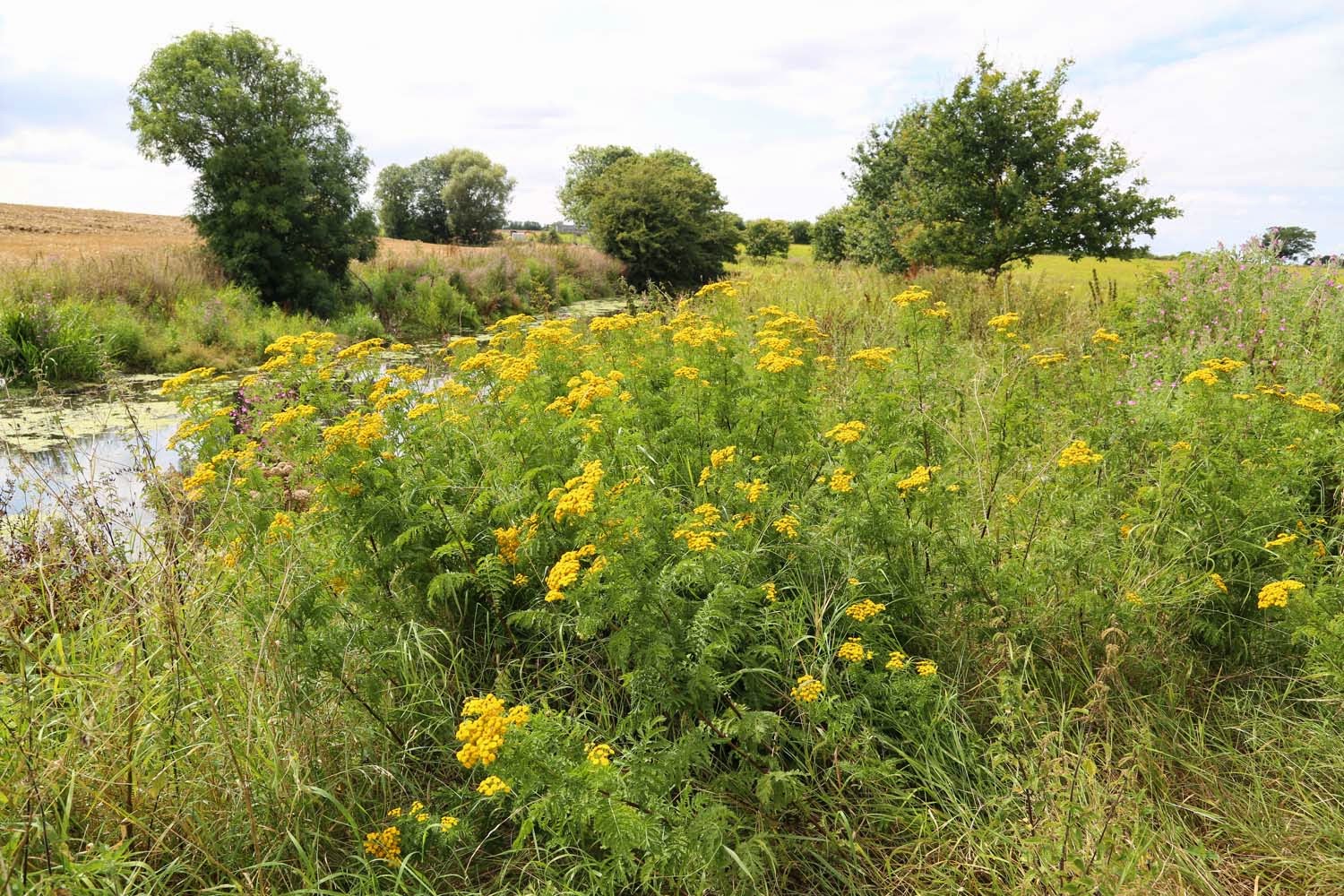 My stretch started with a long line of tansy which had been planted by the local farmer last year. It was doing well in parts, but inevitably had become fragmented, which made for a lot of tansy patch recording. Then followed a lot of Himalayan Balsam, crowding out all the native river-bank vegetation. A wide area of ‘waste’ ground further on contained hidden clumps of tansy, amongst nettles 2m high. Here I found 67 beetles, which was astonishing! 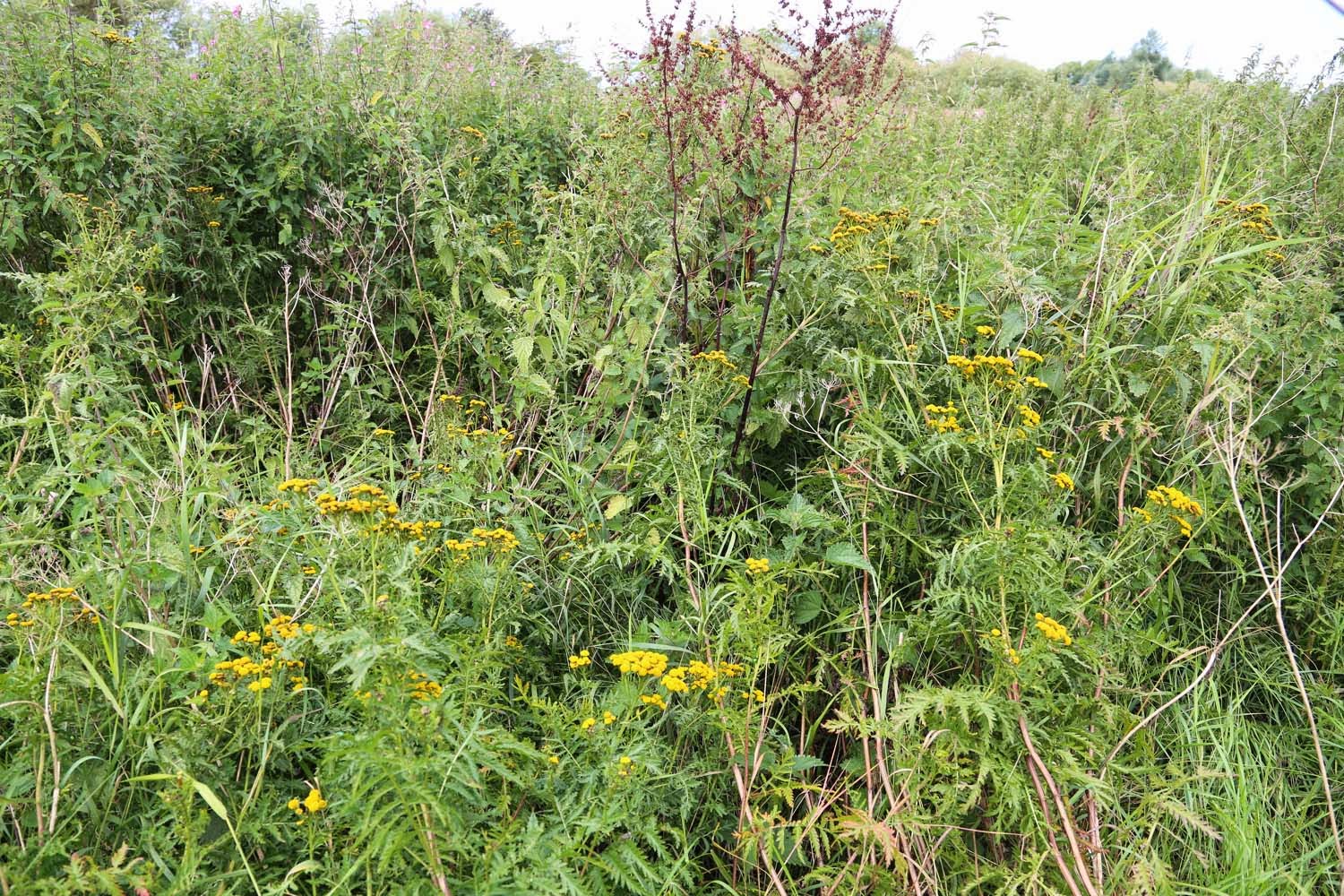 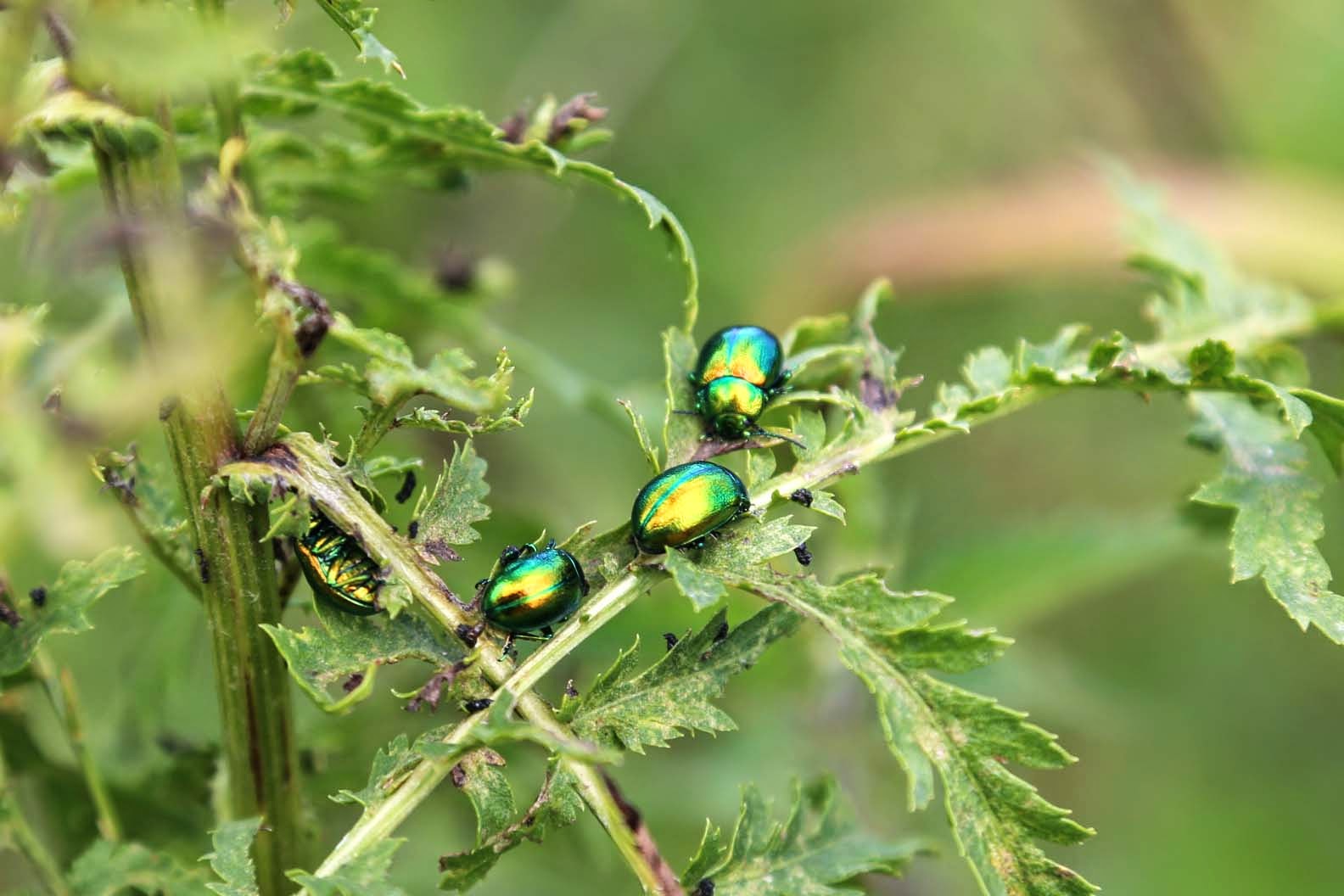 Beetles – lots of them!

Further on, I went into pasture grazed by a herd of very large and inquisitive cows. They came right up to me as I was on the precipitous edge of the river bank. After giving me a good sniff, the whole herd wandered off, curiosity satisfied. I found more tansy plants further on, but no more beetles. On the way back I saw a couple of herons and a barn owl. My friend had also found many more beetles than in previous years. This is a small part of the total survey, but it just might indicate that after several years of decline, the Tansy beetles are making a comeback! 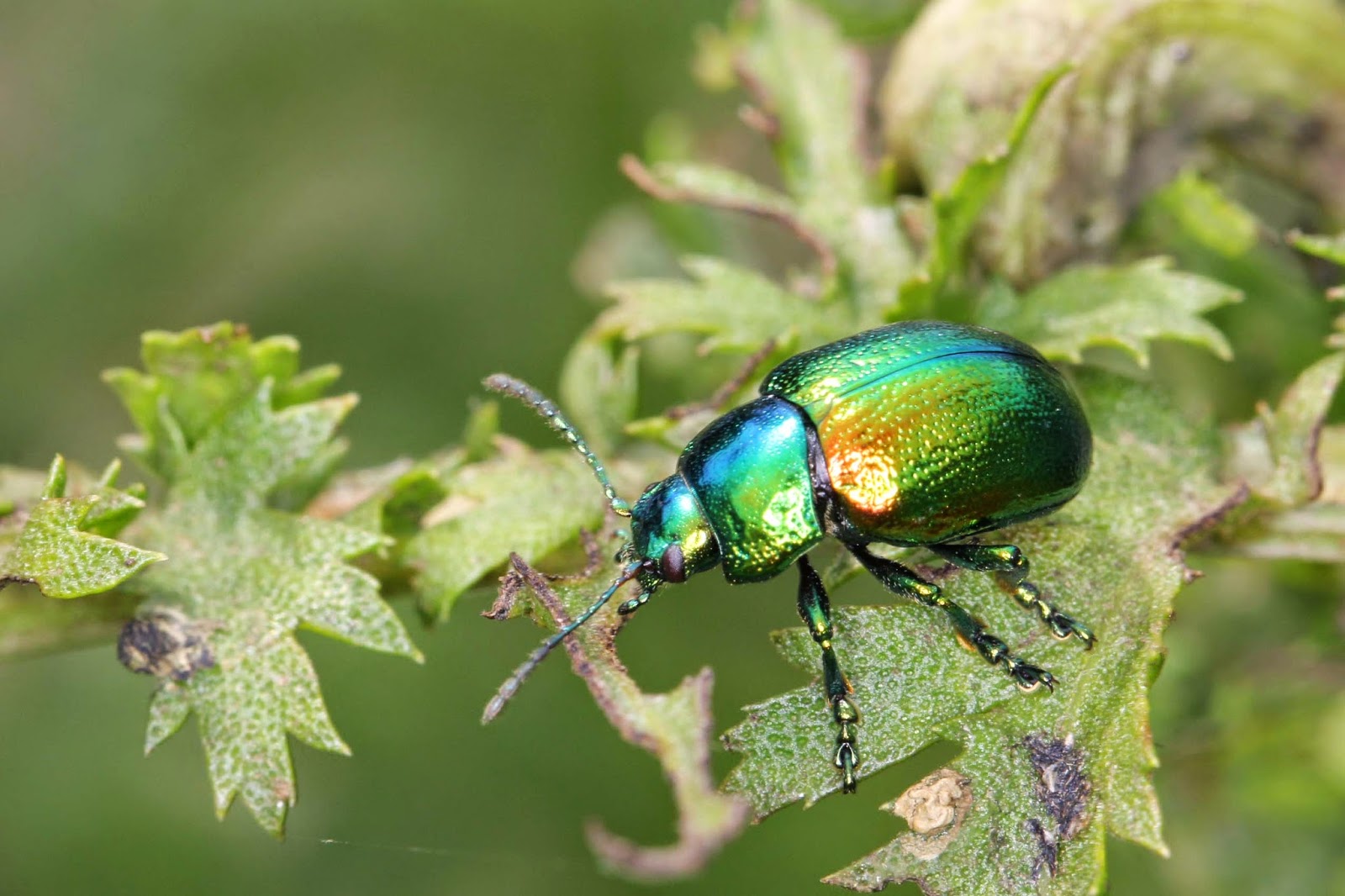